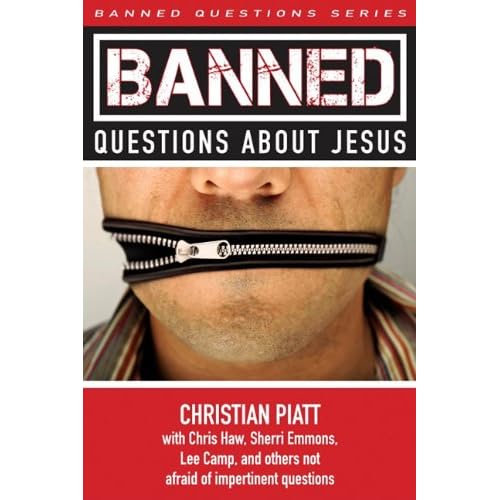 Back in the day, when I was growing up, there was a slogan that appeared on bumper stickers and T-shirts.  It declared that “Jesus is the Answer.”   There was a response to this simplistic statement – But what are the questions?   To say that “Jesus is the answer” is a bit like Billy Graham declaring that “the Bible says,” and we just leave it at that.   The point of these kinds of declarations is that they shut down discussion, but what if you need to push further and ask seemingly impertinent questions?  What if you’re not satisfied with the traditional answers?  Is there a place of safety to ask these questions?

Faith is defined in Hebrews 11 as “the assurance of things hoped for, the conviction of things not seen.”  We take a lot of things by faith, including the existence of God.  But while faith deals with things unseen, that doesn’t mean that there are not questions to be asked and pursued, which is, I think the point made by Augustine and Anselm, who spoke of “faith seeking understanding.”  They devoted their lives to exploring the intricacies of faith and that meant asking questions, even difficult questions.  The Scholastic Method that dominated medieval theology always began with questions, to which answers were offered, and those answers became the fodder for further discussion and exploration.  Perhaps the methodology of Thomas Aquinas stands behind Chalice Press’s Banned Questions Series, which is edited by Christian Piatt.  It is an acknowledgment that we need to have a place and resources to wrestle with the things of faith.
In this book, which focuses on questions concerning Jesus, Piatt and friends follow the same format first used in the book Banned Questions of the Bible.   A question is posed and several possible answers are provided. Some questions receive more responses than others, but generally there are three to four answers.  In addition there are lists of Scripture references, suggestions for further reading, followed by questions that can be used for personal contemplation or even better group discussion.  Being that this is a rather creative team, the fifty questions/answers are followed by a section wherein the contributors introduce themselves.  There are the usual biographical entries, personal reading recommendations (both books and electronic media), favorite quotes, and a list of “five things people can do today in their own community to help make the world a better place.”  Finally, as in the first volume, you will find the Baylor God Image survey.

Piatt, who serves as editor and contributor, is married to a Disciple pastor and participates in the leadership of that church.  He’s a musician, an activist, and a writer.  He’s young (GenX) as are the majority of the respondents.  Some are academics; others are pastors; while still others are students and professional writers.  They are male and female, young and some not so young, and they cross ethnic/cultural boundaries.  Any are progressive but others are evangelical.  All are creative and are open to exploring questions of faith, even ones that are traditionally considered sacrosanct.

Topics covered include some that aren’t really controversial, such as what Jesus looked like, to which Becky Garrison responds that when touring Nazareth, she “didn’t see any natives that resembled this white wimpy Jesus that’s depicted in the vast majority of western European and North American churches”  (99).    Other questions might push the envelope a little more, such as questions about the resurrection, Jesus’ suffering, or whether he was a pacifist.  As for the perennial question about the missing years, the idea that he needed to go to India to be instructed in wisdom is rejected by all as a rather anti-Semitic notion, as if there wasn’t sufficient wisdom to be learned in the Jewish tradition.

Other questions are more controversial, such as whether Jesus was married or had children – no one takes the Da Vinci Code bait and says that he was.  But, Piatt does raise the question of why this might prove troubling, which leads to the question of whether Jesus had sex.  While there’s unanimity that Jesus was probably celibate, it does raise questions as to why this possibility is off-putting.  Is it because we have this idea that sex is dirty or sinful?  As for sexual fantasies, there was some thought that if Jesus is truly human then he may have had to deal with them.  Or in a similar vein, whether Jesus was ever wrong or did he ever get sick.  Such questions may not seem controversial, but depending on your perspective then can make a person uncomfortable as they sort out questions of humanity and divinity.

Some of the responses are pretty straightforward, while others add in a touch of humor. You may not agree with everything written, but then you’re not supposed to agree with every perspective.  The format is designed to offer more than one perspective.  This variety stirs the conversation.  Some may find this book disturbing, because they like their faith uncomplicated by loose ends, but if you’ve seen and enjoyed  Monty Python’s  Life of Brian then there probably aren’t any questions regarding the person of Jesus that are off-limits.

Like the first volume in the series there is a serious tone to the book, that is, the authors take the questions seriously, but they seek to be honest and when appropriate humorous.  Due to the nature of the book, and the way it’s laid out, it may not be best to try to read it “cover to cover” as I did with a review in mind.  Rather this is the kind of book to dabble in.  Pick a question, read the responses, mull them over, maybe even do some extra reading, answer the questions.  You can do this as an individual, but also in group settings.  I see this being of great value for use in settings such as a theology pub or a worship experience where conversation replaces sermon or meditation.  The uses are really myriad, depending on your interests and your questions, assuming you don’t believe there are questions that are off-limits or banned!

PS.  I received this review copy from the publisher, but you can buy a copy below:

Brian said…
This would probably be an excellent book for group discussion. Thanks for the review. I'm going to comment on a couple of things from my vantage point for the sake of discussion. In both cases I'm employing the method of looking for the simplest answer.

(a) The issue of whether or not Jesus went to India to study during the "lost years". In my opinion, the group is complicating the issue by claiming the assertion is anti-Semitic. I enjoy listening to speakers who believe he did go to India. Not once have I heard it stated or implied that Jesus did this because there was insufficient wisdom to be learned form the Jewish tradition. I've met people who have traveled to other places for the sake of learning. Never was there an implication that there wasn't sufficient wisdom in the US. That said, I don't think he traveled to India. It is not the simplest possibility.

(b) Was Jesus Married? - I sure wish you hadn't said, "...no one takes the Da Vinci Code bait and says that he was". I recall reading and learning about this issue long before there was a Da Vinci Code. Your set up implies that it is a radical idea. It assuredly is not. It was understood in that culture that a man was married. It was note worthy if a man were not. Paul has to address it because he is not. Nowhere does scripture claim a single word about Jesus' marital status. Further, even in the creeds it is not an issue. One could be a conservative and believe he was married. I suspect he probably was married because it is the simplest answer. Had he not been married, it would have been so unusual that scripture would have addressed it.

This goes with the next question. Why is there "unanimity that Jesus was probably celibate"? This idea is not expressed (or even implied) in scripture. How is this controversial in the 21st century among "progressives"? I'm understanding more and more why Clark Williamson often utters profanities under his breath!
7:43 AM

Remember that with each question there are three or so answers. As for the celibacy, the respondents follow the textual evidence that would lead toward that end.

On the issue of India, what I've read and heard seems to imply that Jesus got the wisdom he shared elsewhere than in Judaism.

On DaVinci Code, well, I had to throw that in!! But while there have been other places that have suggested or implied -- Last Temptation or even Jesus Christ Superstar, Da Vinci Code was the most recent example.

The point of the book, I think, is it offers a starting point for further conversation!!
1:49 PM

David said…
Only Jesus knows for sure-

"That whosoever looketh on a woman to lust after her hath committed adultery with her already in his heart."
9:26 PM