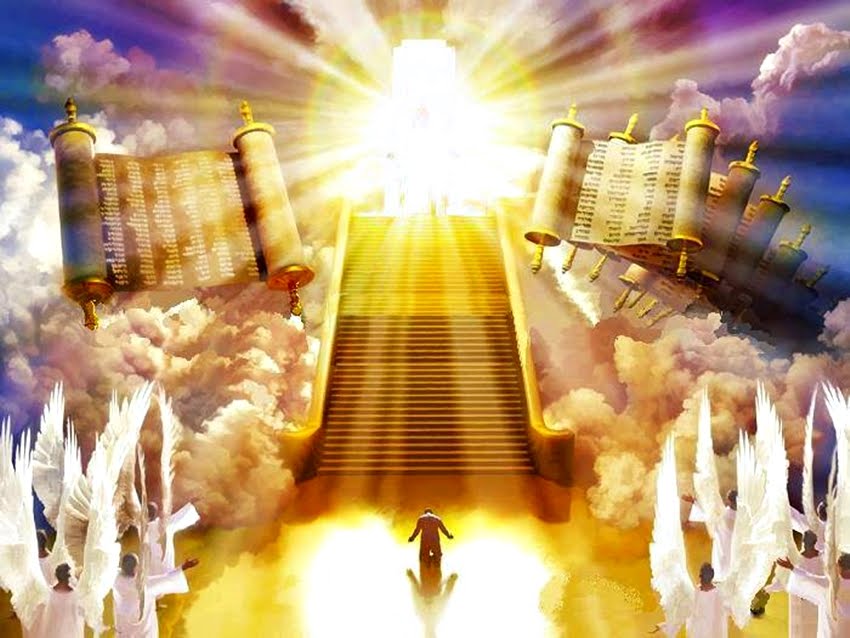 “Holy, holy, holy is the Lord of hosts;

the whole earth is full of his glory.”

4 The pivots on the thresholds shook at the voices of those who called, and the house filled with smoke. 5 And I said: “Woe is me! I am lost, for I am a man of unclean lips, and I live among a people of unclean lips; yet my eyes have seen the King, the Lord of hosts!”

6 Then one of the seraphs flew to me, holding a live coal that had been taken from the altar with a pair of tongs. 7 The seraph touched my mouth with it and said: “Now that this has touched your lips, your guilt has departed and your sin is blotted out.” 8 Then I heard the voice of the Lord saying, “Whom shall I send, and who will go for us?” And I said, “Here am I; send me!”

The Revised Common Lectionary invites us to hear a second call story. The first version of a call story was that of Jeremiah, whom God created to serve as priest and prophet to the nations. According to Jeremiah’s call, God knew that Jeremiah would be a prophet to the nations even from the womb (Jeremiah 1:1-4). Now we hear the story of Isaiah’s call to prophetic ministry. It comes in the year that King Uzziah died (around 740 BCE). Uzziah reigned for half a century over Judah, but in the years that followed his death, the years of Isaiah’s ministry, things would be different. The good times were over. Assyria was in the ascendancy; the northern Kingdom of Israel would eventually fall, and Judah would live with Assyrian dominance. The lectionary reading invites us to consider verses 1-8, leaving verses 9-13 as an optional excursion. The call comes in the first portion of the text, while the message is revealed in the optional portion. It’s understandable that verses 9-13 are made optional. The message is less than positive. In fact, instead of preaching a message of repentance, the prophet is supposed to prevent repentance (but more about that later).

The call comes in the context of worship, or so it seems. Isaiah is the Temple in Jerusalem. It doesn’t appear that Isaiah was a priest. He was simply a worshiper, when the vision of the heavenly realm came. When we pray the Lord’s Prayer, we ask that God’s will be done on earth as in heaven. Scenes like this invite us to consider the times and places where heaven and earth intersect. Worship is one of those places. We might not experience visions like this one, but for Isaiah this is the point at which his call comes.

For this reflection I’d like to focus more on the vision than the call. The call is important. It’s the reason for the passage, but we shouldn’t neglect this manifestation of God’s presence. It is, you might say, an unveiling of God’s presence. Maybe only Isaiah saw this vision, but it was powerful enough to change his life and vocation. The text is appropriate for the season of Epiphany. I prefer to think of Epiphany as a season rather than one Sunday of the year (if that), with the rest of the weeks following Epiphany being classified simply as ordinary time. There’s nothing ordinary about these stories of the unveiling of God’s presence.

Isaiah sees the LORD sitting on a throne. This is an appropriate image, as God is understood to be Israel’s true king. The NRSV tells us that this throne is “high and lofty.” I prefer the KJV version, which places the throne “high and lifted up.” The hem of YHWH’s robe fills the temple, and again I prefer the King James – “his train fills the Temple.” In my mind’s eye I see that royal robe being of great length, so that it fills up the space in the Temple. It is a sign of Divine transcendence. While I am attracted to the idea of panentheism—God is in all and all is in God—I value highly the vision of God’s transcendent reality. It’s not that God is distant, because I don’t think God is distant or detached from reality. However, there is a tendency, especially Christians, to get to cozy with God. Passages like this remind us that God is not one you snuggle up to. As Mrs. Beaver described Aslan in the Lion, the Witch, and the Wardrobe: “He's wild, you know. Not like a tame lion." God is not like tame lion. It is good to remember this when we come to worship God.

As we catch this vision of the heavenly throne, where God sits “high and lifted up,” we view Seraphs attending to YHWH. These heavenly beings have six wings, two of which cover their faces. Why cover their faces? Because one cannot look upon the face of God. Yes, Moses did and Paul longs to see God face to face, but even angelic beings must be careful when it comes to looking upon God’s face. I wonder, did Isaiah see the face of the Lord or did he cover his eyes as well?

Now, a word about seraphs. Apparently, the seraphim are a rather fiery group of heavenly beings. The word “sĕrāp, [is] derived from a Hebrew verb that means, “to burn.”  As Marvin Sweeney points out “the fiery Seraphs and the smoke that fills the Temple recall the imagery of the Temple mĕnōrôt (lamp stands) and incense altars employed during festival worship. [Sweeney, Tanak, (Kindle Locations 7634-7635, 7640-7641)].

Again, we have before us a vision of Divine transcendence. The barrier that divides heaven and earth, a sort of thin place, is set aside, like a curtain being drawn. Isaiah can see what normally cannot be seen. We may never have such an experience. We may have those moments when the curtain seems to be pulled back, and we catch a glimpse. But for Isaiah, it’s more than a glimpse. It’s a divine encounter. He shares word of this, so we too might share in his vision.

And Isaiah observes the seraphs singing before the throne of YHWH: “Holy, holy, holy is the Lord of hosts; the whole earth is full of his glory.” If we didn’t already know that God is holy, that is different from us, the angels’ song reinforces it. While Reginald Heber’s hymn draws first and foremost from Revelation 4, standing behind that angelic song in Revelation is this song in Isaiah 6. So, we are drawn into the scene, ready to join in the heavenly song of praise.

Isaiah is now quite aware of his situation. He is overwhelmed by everything he’s experiencing. He recognizes the distance existing between himself and God. So, he cries out: “Woe is me! I am lost, for I am a man of unclean lips, and I live among a people of unclean lips.” The call hasn’t gone out yet, and Isaiah is already backing up. He recognizes both God’s transcendence and his own sinful state. He senses he should be there. He has stumbled into a place that is well beyond his comprehension. This isn’t like the throne room of the Wizard of Oz. There isn’t a magician standing behind a curtain. There is only God, and God’s presence, represented by the train of God’s robe, fills the Temple and beyond.

Standing there in God’s presence, which fills heaven and earth, Isaiah cries out in recognition of his uncleanness. But, that’s not the end of things. The seraphs hear and respond to his cry of recognition of his own unholiness. They bring to him a live coal from the altar, where the sacrifice to YHWH is made. They touch his lips, so that his unclean lips are now ritually clean. Once unclean, now clean, he is ready to hear the call of God.

Walter Brueggemann offers this word regarding Isaiah’s experience of sinfulness and cleansing in a reflection on the Reginald Heber hymn:

The prophet’s response to this vision of God is an awareness of his own sinful unworthiness, his ritual uncleanness before holiness. Isaiah is startled beyond explanation that in his disqualification he nonetheless can receive this vision of the holy God. More than a vision, this holy God, via the ministry of the winged creatures, removes his guilt and blots out his sin. It is astonishing that the Holy One will invest in pardon! Isaiah’s response to this wonder is readiness to be dispatched on behalf of this three-times-holy God.  [A Glad Obedience, p. 87].

Where once he was overwhelmed by his own unworthiness, he is now imbued with faith so as to be ready to receive his prophetic calling. So, when God asks of the heavenly court who will go forth and preach God’s message. Isaiah, now fully cleansed declares “Here am I, send me.”

With Isaiah’s response, the recommended lectionary text ends on a high note. Isaiah is now ready to go forth and do his prophetic duty. All is fine, until Isaiah gets his initial orders. When we read verses 9-13, we understand why the lectionary creators make these verses optional. The message he’s going to deliver is a rather problematic one. There appears to be no hope here. It’s not a message of repentance so God might forgive. No, Isaiah is being called here to run interference so that the people will not repent. In other words, he is being set up for failure. It’s not a job any of us called to preach would want to have. It’s sort of like being sent into a dying church with the specific orders to do all you can to kill it. There is a sense of hope, but not until everything is destroyed. This leads Isaiah in verse 11 to ask, “How long, O Lord?” You can perhaps here a bit of regret in that question. Maybe Isaiah spoke too soon. But again, the word is ominous. Not until the cities are laid waste and the people are sent into exile. Things are going to get a lot worse before they get better. So it will be for Judah.

What word do we hear? Do we hear a call to stand before God’s throne and celebrate the opportunity to be in the presence of God? Do we feel a bit overwhelmed and perhaps even feel naked before the Lord, seeing the magnitude of our own sinfulness? Do we hear the call of God? If we do, have we thought this thing through? Are we ready for the hard times ahead? After all, ministry isn’t all fun and games. There is a reason why large numbers of ordained clergy leave ministry before they are in this thing for five years.

The good news, as revealed in verse 13 is that the “holy seed is its stump.” That is the hope—the seed present in the stump. As we reflect on this reality, perhaps we should return to the Temple and sing before the Lord: