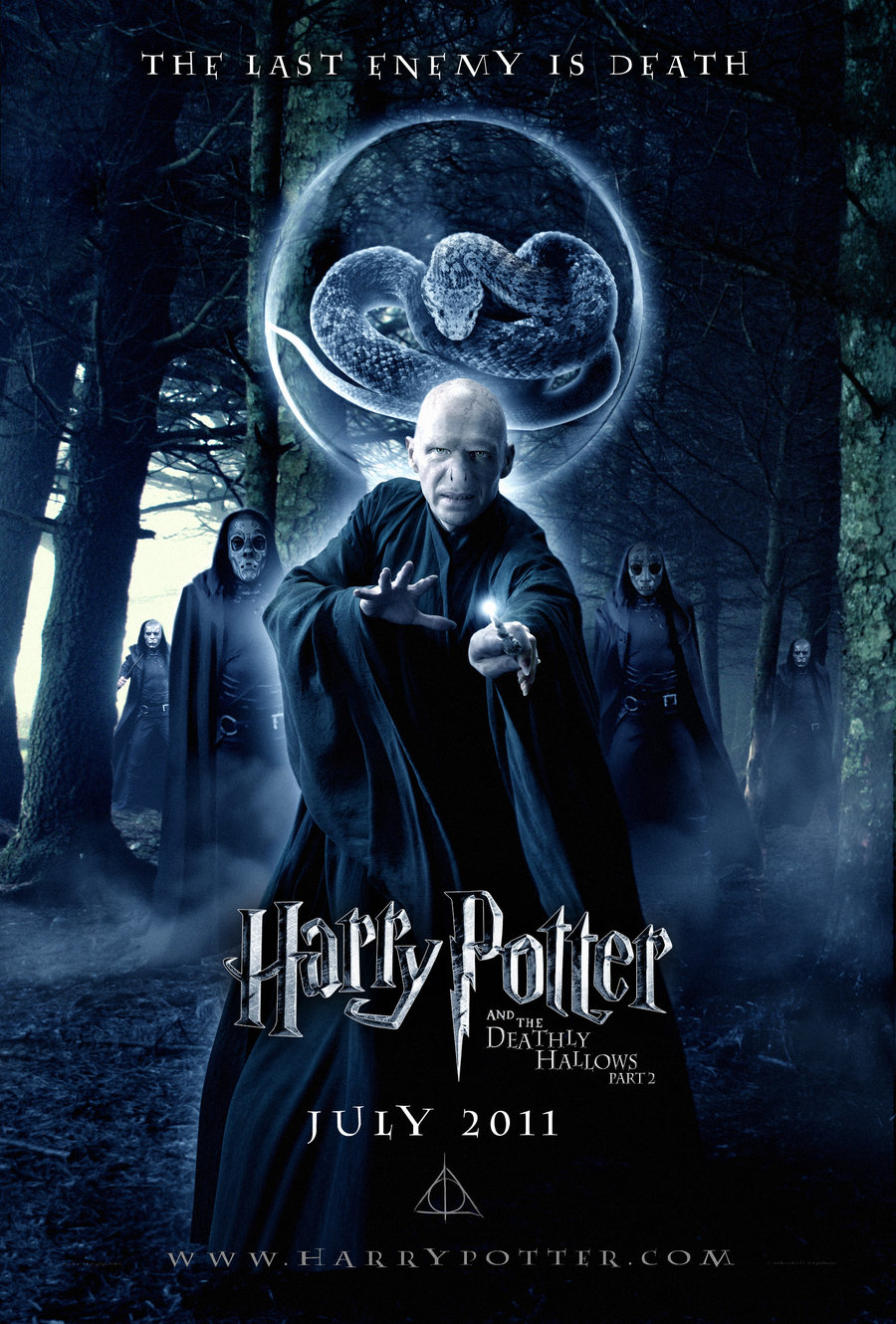 My son is now 21 and is quite able to read for himself, but when the first of the Harry Potter books came out more than a decade ago it fell to me to read the stories to him, at least the first volume and maybe the second.  By then I was hooked, and continued reading until the end.  I also became hooked on the movies, which weave their own magic (you might say).  And yesterday Cheryl and I went and watched the final installment of the series.

At the time the books first were published there was great debate as to whether good Christians should read stuff like this (even though Lewis's Narnia series also features wizards and witches -- both good and evil ones).  But I think most Christians, along with most everyone else, realized that this was a series worth reading and enjoying.  Not only that, we began to recognize important lessons emerging from the books.  I should note that the books matured as the characters matured (and that is maybe why this series has succeeded where others have not).

Over time we read about and then watched stories that explore the seduction of evil and the necessity to stand firm against it -- even at the cost of one's life.  Although there is violence and the response to evil is not always nonviolent, this isn't the essence of the story.

The Harry Potter series penned by JK Rowling speaks to important character traits such as fortitude, courage, loyalty, and friendship.  It also explores the possibility of betrayal -- with the character of Severus Snape (played so well in the series by Alan Rickman) offering us such a complex picture of humanity.  Is he Judas or is he something else?  Even at the end, we are left wondering, though we do seem to find that he has been redeemed himself.   Harry is, of course,the good one, the beloved, who is cast as the savior.  He is all that stands in the way of Voldemort's final victory.  Here in the final film, we find the two come face to face.  There will be a final reckoning, but there is much more to the film than this final meeting. There is something here about redemption and about loyalty. There is the death and resurrection.

But there is also friendship and loyalty. This is especially seen in the characters of Ron and Hermoine, the two people who have been with him at every moment along the way. But there are others, including Neville Longbottom and Luna, who stand on the margins, but play a signficant role in the story, especially near the end.

I'm not a film critic, so I'll not try to speak to those kinds of issues. I'll simply suggest that if you've never read the books -- read them. If you've never seen the movies, watch them. And by all means go see this one. Now, I saw it in "2D." See it in "3D" if you must, but don't get caught up in the effects. Pay attention to the message!!

To give you a taste -- here's a trailer -- just remember that a trailer doesn't always set the film out in its natural order.

Oh, and if you'd like to read my earlier thoughts about the series published in the Lompoc record -- click here.

Very cool movie - Snape is redeemed, annd his redemption was better in the movie than in the book - I thought.
5:35 PM