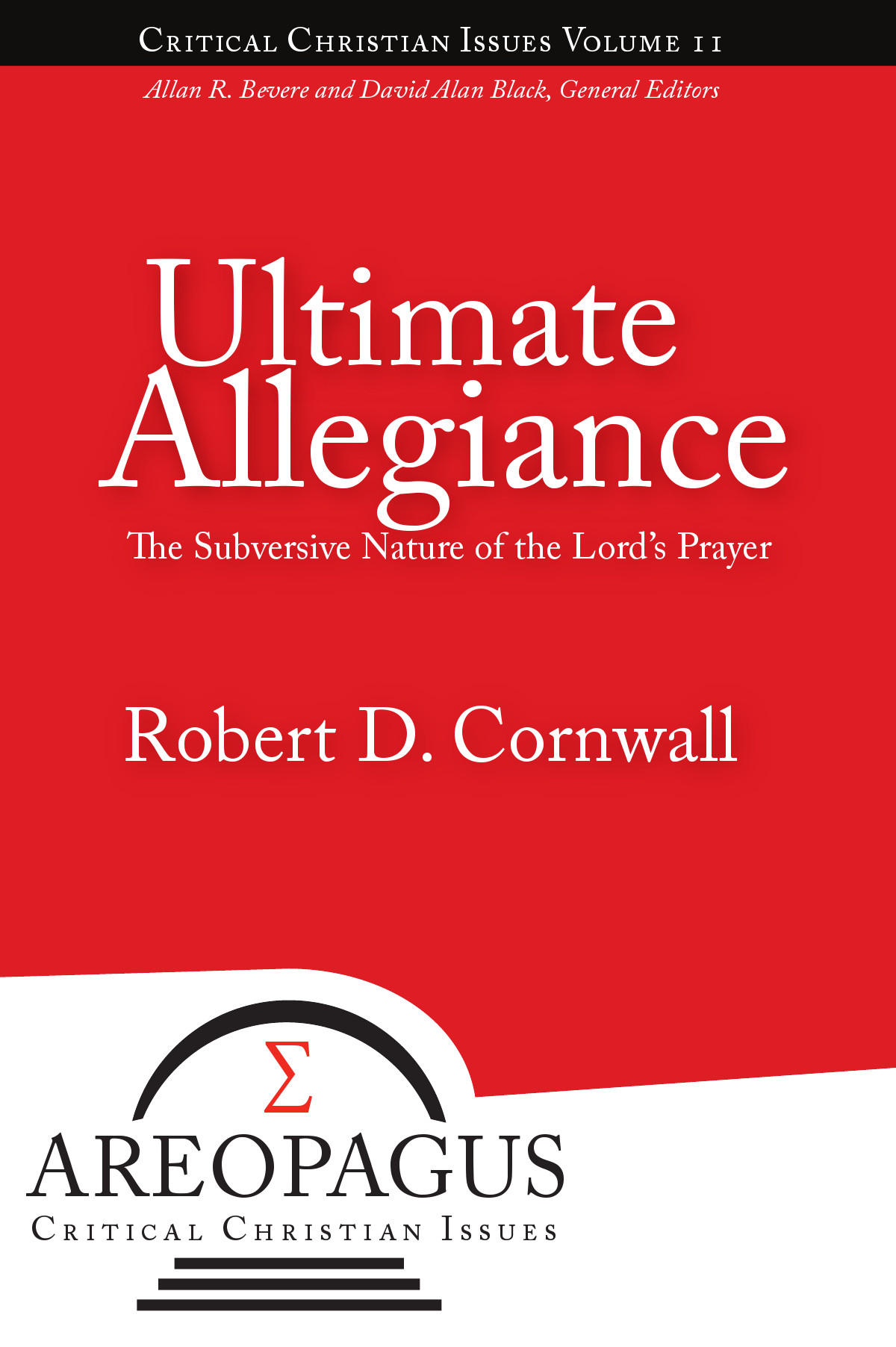 My study of the Lord's Prayer came out right around Christmas, and since then it's received a number of reviews, most of which I would say are positive.  The book is entitled:  Ultimate Allegiance:  The Subversive Nature of the Lord's Prayer (Energion Publications, 2010).  It's a brief book, and I think would make a nice study guide for those interested in thinking through the implications of the prayer that many of us pray at the very least once per week.

If, as I believe is true, this is not just a prayer, but a prayer of allegiance to God and God's realm, then what do we mean when we pray the words:

Our Father, which art in heaven, hallowed be thy name.

Thy Kingdom come, thy will be done, on earth as it is done in heaven.

Give us this day our daily bread, and forgive us our debts (sins/trespasses), as we forgive our debtors.

Lead us not into temptation, but deliver us from evil.

For thine is the Kingdom, the Power, and the Glory forever.  Amen.

For information about the book, including information ordering the book, you can go to the publisher's website and you'll find several options:   http://energionpubs.com/books/1893729842/

Now, for those reviews:

It isn't always easy to find materials to use in the church that are theologically sound and accessible. Jason Byassee has a blurb on the back cover, and I concur wholeheartedly with his sentiment: "It's a beautiful thing to watch a pastor teaching her or his people with wisdom and grace." This is the kind of book that empowers other pastors to do the same….

Ultimate Allegiance is a fabulous little book that is equally effective for solitary reflection or for small group study. It is accessible at many levels and offers references and resources for more in depth investigation. There is a commitment to extolling God’s beauty, grace and glory without resorting to sensational language or invented melodrama.

This book is based on a six-part sermon series, which Cornwall delivered in his own church to probe the question: what was he and the congregation praying each week and what did Jesus really intend for his followers to take from this prayer? As beautiful and inspiring as most people feel from praying the Lord’s Prayer, Cornwall believes that at its essence it is a very subversive prayer. Subversive prayer is prayer that engages “the powers that be.”

We review a lot of books here at the Englewood Review, and our primary selection criteria is books that can be read and discussed in churches, and that will be beneficial in helping churches understand and embody the way of Christ in their particular locations.  Bob Cornwall’s Ultimate Allegiance is precisely this sort of book, and in many ways, it is better than many books we review because it hovers close to the biblical texts, terrain in which churches are typically comfortable into launching conversations.

As Mr. Cornwall attempts to address the dryness of this prayer in congregations across the land and within his own life as well, he plainly accomplishes his initial objective to make this prayer living, breathing, and power filled for the life of the one who prays  it.

It is common practice in churches to use a study book as part of their enriching of congregational life during Lent, which this year begins on Ash Wednesday, March 9. The six chapters in Robert Cornwall’s slender volume would serve this purpose very well.﻿

Oftentimes, when something becomes very familiar, it quickly becomes mundane or even meaningless. In the case of the Lord’s Prayer, however, this must not be the case—indeed cannot be the case for those who truly understand the nature of the prayer. Robert Cornwall examines the Lord’s Prayer in his recent book Ultimate Allegiance.