Strange Customs -- A Sermon for Pentecost 7A 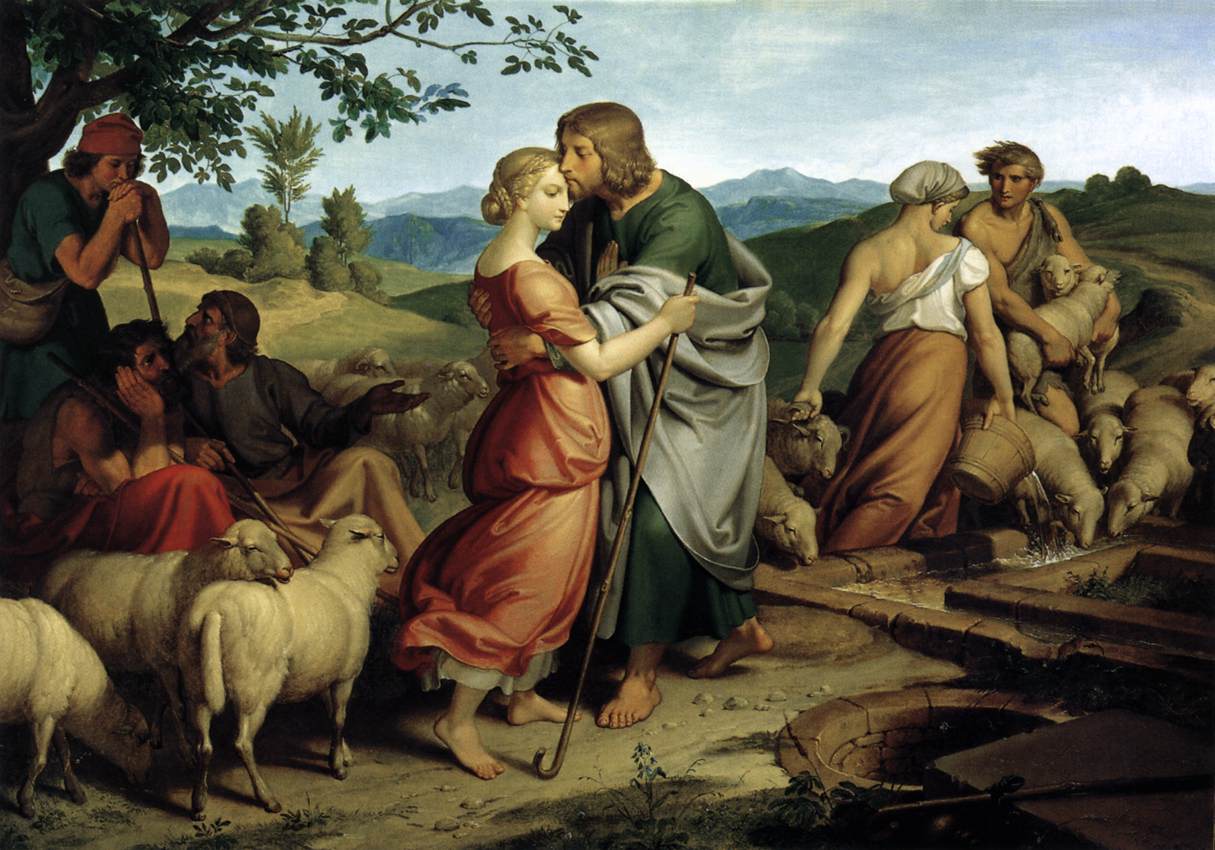 This summer I had the privilege of officiating at the weddings of two  of our couples.  I’ve done a few weddings in my time, so I’ve got a bit of experience with these sorts of things.  It’s clear to me that wedding customs have changed somewhat since Cheryl and I were married thirty-one years ago.  I think things were a bit simpler back then, or at least that’s the way it seems to me and others my age.  But, that’s the way life is – things tend to change.

The reading from Genesis this morning tells an interesting wedding story. It’s part of a larger story that goes back to when Jacob tricked his brother Esau out of his inheritance.  From the very beginning of the story, we learn that Jacob, who is one of the heroes of the Bible, is also a  trickster who gets by on his wits. But sometimes tricksters get tricked, and that’s what happens here.

What stood out to me as I read this passage is how different our customs are from those in the ancient world.  If things have changed since Cheryl and I were married, they’ve changed even more since biblical times!

This summer I’ve been working on a bible study guide.  It focuses on what the Bible might have to say about marriage, since a lot of people are wondering how it applies to today’s realities.  As I read this passage, I realized it would make for a great first chapter to the book.

The story begins when Jacob’s mother, who didn’t like the local choices when it came to a marriage partner for her favorite son, asked her husband to send Jacob to see her brother.  You see her brother Laban had two eligible daughters, so surely one of them would prove to be a good wife.  I’m sure that such meddling by parents would go over well today!

When Jacob arrived in Laban’s neighborhood, he came upon a well, and it was there that he met Laban’s daughter Rachel.  Apparently, it was love at first sight.  When Laban heard that his nephew was interested in obtaining a wife from him, he was thrilled.  He proposed a deal.  If Jacob worked seven years for him, he would give Jacob his daughter as a wife.  Jacob agreed to the terms, and he worked hard for seven years.  He was so in love with Rachel that it seemed like only days when the time came for him to claim his prize – Laban’s beautiful daughter.  When the big day came, Laban threw a big wedding party.  He invited all the neighbors to the celebration, and then when the time came for the exchange – Laban switched brides.  Instead of sending Rachel into Jacob’s tent, he sent his older daughter, Leah to Jacob.  Apparently it was dark, and Jacob didn’t know the difference until morning.  When he realized that his new bride wasn’t Rachel, he was furious.  The trickster had been tricked!

When Jacob confronted Laban about this trick, Laban replied in a way that I think is important for us to hear.  Laban said to Jacob: “This is not done in our country – giving the younger before the firstborn.”  Apparently Jacob didn’t know the rules, so Laban used them for his own benefit.  Because he knew that Jacob would do anything to get Rachel for his wife, Laban made another deal.  If Jacob would spend a week with Leah – doing his duty – then he could have Rachel as his wife in exchange for another seven years of labor.  Jacob didn’t  have to wait seven more years to receive his payment.  He just had to promise to fulfill his obligation.

So how do you feel about this story and these characters?  Do you think we should go back to doing things this way?  Fathers of daughters, do you wish you could exchange your daughters for free labor?  And before you begin to feel sorry for Jacob, what about Leah?  There’s something in this story that reminds me of a song from my growing up years, which declared: “If you can’t be with the one you love, love the one you’re with.”  For a week, Jacob, did just that.  He did his duty with Leah, but he was looking forward to exchanging her for Rachel.

Yes, Jacob loved Rachel more than Leah, and Leah knew it.  But so did God.

As time went on, Leah gave birth to six children, before Rachel ever had her first child.  It created a bit of sibling rivalry, which included the sisters giving Jacob their handmaidens as surrogates.  In the end, Jacob had four wives and twelve children.

Interestingly, even though Jacob loved Rachel more than Leah, it was Leah’s sons who would be ancestors of Moses, David, and Jesus.  Isn’t it interesting how things work out?

I entitled the sermon – strange customs.  Do you think it fits the story?  Does it help make sense of the divide that lies between those times and our times?  Does it raise questions about the ways in which we think about marriage today?  What should we make of the changes in customs over time?  What does it mean for us to be faithful to God as we live our lives in changing times?