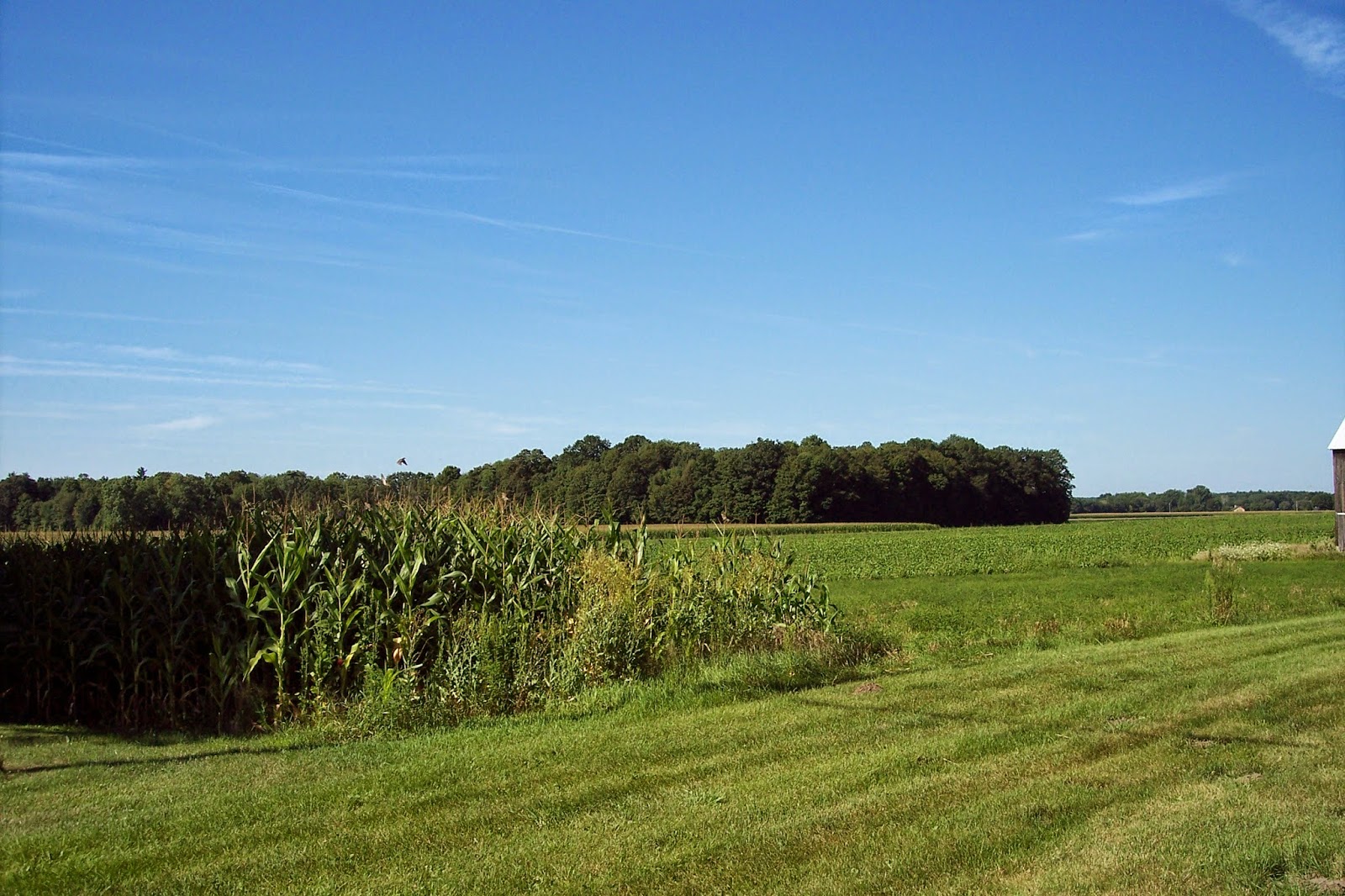 24 He put before them another parable: “The kingdom of heaven may be compared to someone who sowed good seed in his field; 25 but while everybody was asleep, an enemy came and sowed weeds among the wheat, and then went away. 26 So when the plants came up and bore grain, then the weeds appeared as well. 27 And the slaves of the householder came and said to him, ‘Master, did you not sow good seed in your field? Where, then, did these weeds come from?’ 28 He answered, ‘An enemy has done this.’ The slaves said to him, ‘Then do you want us to go and gather them?’ 29 But he replied, ‘No; for in gathering the weeds you would uproot the wheat along with them. 30 Let both of them grow together until the harvest; and at harvest time I will tell the reapers, Collect the weeds first and bind them in bundles to be burned, but gather the wheat into my barn.’”


36 Then he left the crowds and went into the house. And his disciples approached him, saying, “Explain to us the parable of the weeds of the field.” 37 He answered, “The one who sows the good seed is the Son of Man; 38 the field is the world, and the good seed are the children of the kingdom; the weeds are the children of the evil one, 39 and the enemy who sowed them is the devil; the harvest is the end of the age, and the reapers are angels. 40 Just as the weeds are collected and burned up with fire, so will it be at the end of the age. 41 The Son of Man will send his angels, and they will collect out of his kingdom all causes of sin and all evildoers, 42 and they will throw them into the furnace of fire, where there will be weeping and gnashing of teeth. 43 Then the righteous will shine like the sun in the kingdom of their Father. Let anyone with ears[a] listen!

******************
Anyone who has tried to plant or tend a garden knows that no matter what you do – there will be weeds to deal with.  We can prepare the ground, put in new soil designed so that the new plants will flourish.  We can put down a layer of Preen and mulch.  But no matter what we do – weeds will sprout.  We can pull them out (and I do), but that won’t be the end of them.  And, as sometimes happens, the weeds become so intertwined with the plants that we can’t pull them out without pulling out the good plants.  So what do we do?

Jesus doesn’t have an answer to our gardening problems.  He doesn’t work at Lowes or the local nursery.  But, he does have something to say about weeds.  In the prior week’s Gospel reading from Matthew 13, we come upon the “Parable of the Sower” (Matthew13:1-9, 18-23).  This week we encounter a follow up parable.  Now that the seeds have been sown, and some of them have taken root in good soil, it’s time to start planning for the harvest.  But, low and behold, someone (the enemy) has gone into the freshly planted soil and sown weed seeds.  And now the weeds are coming up, threatening, perhaps, to choke out the wheat (Matthew 13:24-30).    So what should be done?  The field has the promise of a great harvest, but how do we get rid of the invasive weeds?  Should we go and pull them out?  The Sower responds to their question with a firm no.

But why?  Why let the weeds remain?  After all, it’s possible they could threaten the more desirable grains.  Now, I’m not a wheat or corn farmer.  I don’t know what the best policy is.  I’ve seen vineyards where every weed is pulled out and vineyards where weeds have been allowed to take root.  The latter doesn’t look very good, but I’m not sure that the presence of the weeds is detrimental to the grapes.  So perhaps the same is true of wheat fields.  Whatever is the best policy, we should acknowledge that Jesus isn’t in the business of providing gardening advice.  He could be totally wrong about what to do with weeds.  But Jesus does know something about human nature.  He understands that in every community of faith there will be the righteous and the unrighteous.

The truth is, every church has a few “weeds” living amongst the righteous grains.  These are the people who cause problems.  They’re disruptive and counterproductive.  If the church decides to go right, they’ll make a fuss about the importance of turning left.  Or these folks become clergy killers, doing everything they can to undermine the ministry of those called to serve the congregation.   These kinds of people can even give the church a bad name, especially if the dirty laundry spills out into the public sphere.  So, what do you do?

One of the reasons why it’s currently popular to be spiritual but not religious is that the institutional church is considered too stifling for a person’s spiritual growth.  But the other reason has to do with the presence of hypocrites in the churches.   If only “they” weren’t there, then we’d go to church.  They say:  If I could find a church where people agreed with my politics or my theology, then I’d go.  Yes, if only I could find the perfect church, then I’d go to church.

This desire for purity is also found within the churches -- among both conservative and liberal strands of the Christian community.  We see it being played out in denominations struggling to make sense of Marriage Equality – much as they did with women in ministry and civil rights.  Will they stay together or break apart.  Often this is an issue of power – who gets to control the agenda.  But there is also an idealism present in many communities that leads them to believe that if only the problem causers could be weeded out, then the church could get on with its mission.

But, who makes us the judges?  Why should we have the responsibility to go out and pull up the “weeds” that have been sown by the “enemy”?

Many centuries ago, at a time when the early Christian community was emerging from the shadows, a question arose.  What should we do with bishops and other church leaders who betrayed the trust of the community by burning incense to the Emperor or turning in sacred writings to the authorities?  Shouldn’t they be excluded from the faithful?  Hadn’t they committed the unforgivable sin?  Did they not soil the church, and therefore should be excluded.  Not only that, but shouldn’t the sacraments that they administered be considered suspect?  Such was the position that the Donatist Movement took during the fourth and fifth centuries CE.  They believed that they alone were pure – because they didn’t allow anyone in the church, or at least in church leadership, who was a “traditore,” one who betrayed the church.  St. Augustine, being a leading bishop in North Africa where the Dontatists had a strong presence, responded forcefully – perhaps overly aggressively – but he had a point.   The holiness of the church and its sacraments shouldn’t be dependent on the people who make up the church.  For Augustine the church was holy, not because of the people who comprised it were holy, but because God is holy.

Yes, it would be more peaceful in the church, if there were no people, because if there were no people in the church, there would be no problems.  Of course, there would be no church either.   And so here we are – the Church of Jesus Christ.  We are members of an imperfect body, made perfect through the grace of God.  But it is what it is.  Within in its circle there are conservatives and liberals.  There are “true believers” and hangers on.  There are the morally impure and the relatively pure.   Jesus says – let them grow up together, because if you start casting people out, you’re liable to throw out the good with the bad.  In fact, you may find yourself on the short end of the stick.

As Jesus puts it – the angels will take care of things at the end.  God will sort it out.  That’s not our job.  Of course, the Scriptures do speak of church discipline.  But the fact is the church is a mixed company of righteous and unrighteous.  If should try to find a “pure church,” we’re likely to end up in a smaller and smaller company.  History has shown that schism leads to schism.  Protestantism is by its very nature a product of schism that has given way to more schisms.

My own denominational tradition began as a unity movement and bequeathed to the Christian world at least three – maybe more – varieties.  Our identity statement declares that “we are a movement of wholeness in a fragmented world.”  It is useful to remember that the fragmentation needing to be healed begins in our own back yard.   Sharon Watkins, General Minister and President of my denomination, the Christian Church (Disciples of Christ), writes:

All too often the image people have of Christianity is one of narrowness rather than inclusion, judgment rather than acceptance of different points of view, fear rather than love. The truth is that we Christians have a lot o f work to do.  We are not as good as we should be at showing the world what this God of love is like.  We fall short of being the best possible ambassadors of that love. [Sharon Watkins, Whole: A Call to Unity in Our Fragmented World, p. 100]

Jesus speaks of judgment.  In fact, he speaks of the workers (angels of God) separating out the weeds from the grain (after harvesting them) and burning the weeds and chaff.  But, as for us, we’re to leave judgment to God.  While the parable ends with a word of judgment, can we not also consider the possibilities of redemption present in the church.  Perhaps if we learn to love the difficult people in our lives, then we will discover that they, like us, have experienced hurt and disappointment in life.  That is not to say there is no room for discipline to protect the vulnerable – but there can be room for redemption and reconciliation as well.
Email Post
Labels: Donatism Gospel of Matthew Grace Judgment Lectonary Parables Pentecost Season Purity Reflections Sharon Watkins