How My Mind Changed -- On LGBT Inclusion 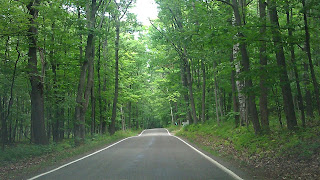 I am reposting this essay, which I wrote for the Energion Discussion Network.  Energion is publisher of a number of my books. As noted below, they have accepted for publication a bible study guide titled (tentatively) Marriage in Interesting Times.  The book isn't specifically about the subject below, but it is written by one who accepts/affirms same-gender marriage.

If we keep an open mind, if we seek the truth wherever it might lead, then we will occasionally, even frequently, have a change of heart and mind. That has been true for me on more than one occasion. Among those changes is my understanding of the status of my LGBT brothers and sisters. Like many I grew up believing that the only appropriate coupling was a heterosexual one. I based this in part from what I imbibed from the surrounding culture. I was also informed by what I read in the Bible. God seemed to create the man and the woman for each other (Genesis 2). Then there were the passages that seemed to speak negatively of same-sex relations (were they not an abomination before God?). Finally, there was nature. Didn’t the church prove that man was intended for woman, and woman for man? It was a matter of plumbing. Thus, culture, Bible, and plumbing were in agreement. Or so I thought!


I recently submitted a manuscript on marriage to Energion’s publisher, Henry Neufeld. It will be part of the Participatory Study Guide series. I wrote the study for a couple of reasons, one of which has to do with the conversations within my congregation about marriage equality in the aftermath of last summer’s Supreme Court decision. We have been fairly welcoming of LGBT persons, but we hadn’t come to a conclusion on marriage, especially whether they could take place in the sanctuary. What I realized was that the biggest hurdle in the way of full inclusion had to do with marriage. The question before us was what the Bible had to say about marriage. Thus, the book!
So, how did I get to where I am today? How did I move from rejecting the idea that being gay and Christian was incompatible into embracing full inclusion?
I need to start with the Bible. I do believe that the Bible is the foundational document for the Christian faith. You might call it our primal norm. It’s the starting point for our conversations. The problem facing us, in my estimation, isn’t whether the Bible is authoritative, but how we interpret it. That is where, I believe, the changes have occurred. Like I said before, for much of my life the issue seemed clear. One couldn’t be gay and Christian, at least not a good Christian and a “practicing homosexual.” I didn’t believe in discrimination in the public sector, but when it came to the church, well that was a different story. Membership was fine, but leadership and marriage—those were off limits. Then something happened that opened my eyes to a new reality.
My change of mind began when my younger brother came out. His reality, and my relationship to him, forced me to go back to the text and ask new questions. He’s my brother. I love him. I can’t and I won’t shun him. If he was gay and he loved God, then what was I going to make of this reality? So I began to read the Bible anew. I read science anew. I read testimonies of people who had struggled with their sexuality. I learned that this wasn’t merely a choice. In fact, with all the prejudice against the gay community, especially against gay men, why would my brother put himself in this situation? He was in his 30s at the time. He was a Young Life leader. He lived in a small town. There was no benefit to him to come out as gay. Besides, he had an older brother who was a pastor, and he didn’t know how I would respond. After all, I had never shown any real sympathy for gay people. So with this new reality in my life, what had always been an academic issue became personal. What is true for me is true for so many others. Most people who have had a change of mind on the matter of inclusion have done so because of a personal relationship.
So, I went to the text and I asked new questions. Many of these questions were the same ones that had led me to affirm the full equality of women and embrace God’s call of them to ministry. These were questions about cultural context. They had to do with questions of intent. We as a culture had wrestled with similar questions with regard to slavery. After all, the Bible told slaves to obey their masters. That was Bible, and it seemed to support slavery. When it came to this new question I had ask what was going on at the moment. Why would these passages that seemed so condemnatory be written, and did they speak to our own day?
The passage of Scripture that helped me see things in a new light was the story of Peter and Cornelius in Acts 10 and 11. It took a vision from God to turn Peter’s heart toward the Gentile Cornelius. God had to tell Peter that what God deemed clean, Peter needed to receive as clean. Then, when the Holy Spirit fell upon Cornelius and his family, Peter felt he had no choice but to baptize this Gentile, opening the doors of welcome. I’m thankful for this change of mind on Peter’s part, because I would be counted among the Gentiles! My encounters with gay Christians has led me to believe that God has poured out the Spirit on all Christians—both gay and straight. So when it comes to full inclusion, where is God leading? Where is the Spirit? If I believe that God has given a blessing to inclusion, then what about marriage? That was my final hurdle. It is the final hurdle for many. But if God has declared, as I believe is true, that my LGBT brothers and sisters are clean, then who I am to bar their way into the life of the church? And if my brothers and sisters who find themselves both attracted to persons of the same gender, and who have demonstrated in their own relationships a strong covenantal bond, then how can we as the church withhold the blessings of covenant marriage?
Email Post
Labels: Acts 10 Energion Publications Gay Marriage LGBT Marriage Equality Social Change