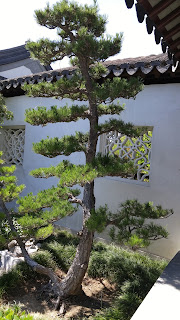 10 Now he was teaching in one of the synagogues on the sabbath. 11 And just then there appeared a woman with a spirit that had crippled her for eighteen years. She was bent over and was quite unable to stand up straight. 12 When Jesus saw her, he called her over and said, “Woman, you are set free from your ailment.” 13 When he laid his hands on her, immediately she stood up straight and began praising God. 14 But the leader of the synagogue, indignant because Jesus had cured on the sabbath, kept saying to the crowd, “There are six days on which work ought to be done; come on those days and be cured, and not on the sabbath day.” 15 But the Lord answered him and said, “You hypocrites! Does not each of you on the sabbath untie his ox or his donkey from the manger, and lead it away to give it water? 16 And ought not this woman, a daughter of Abraham whom Satan bound for eighteen long years, be set free from this bondage on the sabbath day?” 17 When he said this, all his opponents were put to shame; and the entire crowd was rejoicing at all the wonderful things that he was doing.

**********************
I doubt many Christians concern themselves with Sabbath-keeping, at least not Christians in the United States. Like everyone else we hurry along, keeping ourselves busy, even on the day of worship. I know that this is true, because I rarely take a true sabbath rest. We might do well to devote some time to sabbath-keeping, but in this reading from Luke the issue is a bit different. Folks at this synagogue where Jesus is teaching seem rather strict in their observance of the Sabbath. Sabbath is, of course, a day of rest and that means not working. But what is the definition of work in play here?

The reading begins with Jesus teaching in a synagogue, though the address of the synagogue not given. As he’s teaching the congregation, a woman plagued by a physical disability enters the room. For eighteen years this woman has been afflicted with a disability that prevents her from standing upright.  We’re told how old she is, but clearly she has experiencing acute suffering for many years. There is, of course, no relief. She just has to deal with it.

Luke doesn’t say why she entered the synagogue, only that when Jesus saw her, he stopped teaching and invited her to come to him. Luke notes that this disability was caused by a spirit, and when Jesus spoke to her he told her that she was set free. Then he laid hands her and immediately she straightened up. She had been healed and the only possible response on her part was to give praise to God. Eighteen years of pain and suffering had been lifted. How can this not be good news?

Of course, not everyone was pleased. You see there are rules about such things. Apparently teaching isn’t work (I beg to differ), but healing is. So, the leader of this synagogue condemned this action, because Jesus had engaged in prohibited work. There are times and places for such things, and this was not one of them. There six days to do work, and one day to rest. One more day wouldn’t really matter, would it?  The leader of the synagogue didn’t think so. But Jesus didn’t seem inclined to agree, and I expect the woman who was healed wouldn’t agree either. One more day of suffering, was one more day of suffering. If she could be free from suffering today, why would she want to wait one more day?

Jesus points out the hypocrisy of the situation. If the leader had a donkey, surely he would make sure that the donkey could get access to water to drink on the Sabbath. Wasn’t that work? Wasn’t it the humane thing to do? So, why is a donkey more valuable than this daughter of Abraham and Sarah? With that he put an end to the discussion.

We need to be careful how we read texts like this. It’s easy to make the Pharisees out to be uncaring legalists. But too often this leads to a form of anti-Judaism. Christianity is portrayed as a religion of grace and Judaism as a religion of rules and regulations. It’s important to remember that Jesus was a Jew and he operated within Judaism, even if he interpreted things a bit differently. Now, in this story Jesus not portrayed arguing with a Pharisee, but the attitude of the synagogue leader mirrors that seen in other portrayals of the Pharisees in Luke.  It’s important to remember that the Pharisees were concerned about the spiritual life of the people. They believed that Torah was the proper guide. Jesus agreed, only he seems to have interpreted it a bit differently.

As we read this story in our own setting, what is it telling us? What are our responsibilities to each other? Is there a proper time for everything, or do we address the situations as they come our way? Rules are important. They give a framework for life. It might just be me, but I’m not a libertarian. I believe in freedom, but I also recognize that humanity is prone to take actions that are detrimental to ourselves and to others. I may not embrace the doctrine of total depravity, but neither am I a believer in human perfectibility. There need to be rules, but sometimes we need to bend them so we can achieve a more just outcome. We probably need some rules about work. The government of the United States assumes that a forty-hour work week is about right. There are safety rules in place as well. But sometimes life requires us to bend the rule. That was the case here.

As I read the story, Jesus saw the woman suffering from this disability. He felt compassion for her. He released her from her condition. It seems rather simple. From the way that Luke tells the story, it doesn’t appear that she came to Jesus seeking healing. She was just coming to worship, and Jesus happened to be there, and he was willing to change her life. So, she praised God. That should be our marker. Acts of love lead to acts of praise to God. And, due to the fact that the next story in Luke is the parable of the mustard seed, a parable that answers the question about the nature of God’s realm, is this act of healing not one of those mustard seeds that reveals the presence of this realm of God? (Luke 13:18-19).
Email Post
Labels: Gospel of Luke Healing Law of God Lectonary mercy Pentecost Season Realm of God Reflections Religious Law Sabbath