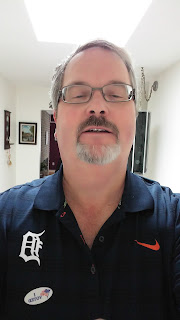 As I write this post, the country is still voting. I’m hopeful that the candidate that I backed in the presidential contest (Hillary Clinton) will win the election. By the time this appears, we may know the winner of this and many other contests (down ballot races are just as important as presidential ones). Whatever way the election goes, it is important that the nation come together.

This isn’t the first time the nation has been divided. In fact, this moment doesn’t hold a candle to the era just prior to the Civil War, during the Civil War, or right after the Civil War. My sense is that we’re not as divided as we were during the 1960s, when the Civil Rights movement was in full bloom and the nation was caught up in Vietnam. Nevertheless, the nation is feeling horribly divided. People don't trust the government. They feel abandoned, unable to keep up with the fast pace of change. In many ways, it is the way in which our politics is being prosecuted that the nation is experiencing this sense of polarization. Even the reforms we’ve pursued have led to even more gridlock and inability to work together (consider how term limits have empowered lobbyists and the banning of earmarks has removed incentives to work together across party lines). But its not just politics. It's the nature of change, especially demographic changes that have upset earlier visions of what America looks like. I appreciate greatly the diversity, but not everyone is so enamored with it. Unfortunately, there has been through time eruptions of nativism, and it has returned. But we needn't stay in this place. We can embrace the changes, but it won't be easy.

As a pastor of a congregation that is politically and theologically diverse, even if we're not all that ethnically diverse, with people seeing themselves as conservative and liberal and everything in between, I must remember to be the pastor to all the people, not just the ones with whom I share political views. Sure, I’d love it if everyone voted as I did, but that’s not the way things work. I can preach and teach and lead on matters of justice, and I do, but each of us must hear this word and attend to it as we will. The message I hope to share in the aftermath of all of this is one of coming together. Politics is part of life. In a democracy, there will be differences of opinion. We will hold opinions strongly, but we can also hold them in such a way as to respect the other. Jesus commands us to love our neighbor and our enemy. Sometimes we have trouble with loving our neighbor, so it would seem impossible to love our enemy.  That is, however, the task set before us.

So, now that the votes have been cast and the future is somewhat known, might we come together so that we can begin to build a new community, a community that some have called beloved. As for the church, this coming together starts with us. May we bear witness in the way we comport ourselves, so that the world might see something good in the body of Christ.
Email Post
Labels: 2016 Elections Beloved Community Elections Healing hope love of neighbor Political polarization Reflection