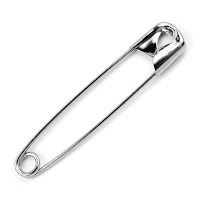 An election has taken place. We have a President-Elect. He’s not the one I would have chosen. He didn't receive my vote. Nonetheless, the Electoral College has weighed in.  On the night of the election, after Hillary Clinton called to concede and congratulate him, he came out and spoke of uniting the nation. As we have seen from comments on social media, in our own conversations, and in the protests that have taken place, not everyone is ready for unity. That is because over the course of the past eighteen months we have heard a candidate speak in divisive terms. Not everyone voted for Donald Trump, because they are bigots or ignorant. People vote for a wide variety of reasons. At the same time, there are elements of his “coalition” who are bigots. They have reveled in their perceived freedom to say and do as they please without any concern for the feelings of others.

As an American citizen, I respect the office of President. It’s important for our cohesion that we respect our democratic institutions, some of which have some cracks in them and need to be fixed. One of those is the electoral college, but it needs to be said that both candidates operated under this system knowing how it works. If the electoral college were abolished they would spend most of their time in a different set of battle ground states. Florida would remain in the mix, but New York, California, and Texas would get the bulk of the attention. That said, when the people in office act in ways that we cannot abide, it’s important that we stand up for what we believe is right.

The nation itself is resilient. In two years there will be important elections, we must be prepared for those elections. We can’t be complacent. We can’t skip the votes. There will be important state and local elections that will have much to say about how life is lived. In the meantime, however, much damage can be done in two years. So, we must be ready to stand in the gap.  Love does cast out fear, but it’s not a passive form of love that does this!
Email Post
Labels: 2016 Elections America Donald Trump Fear presidency President of the United States Solidarity