The Groaning of Creation - A Sermon for Pentecost 7A 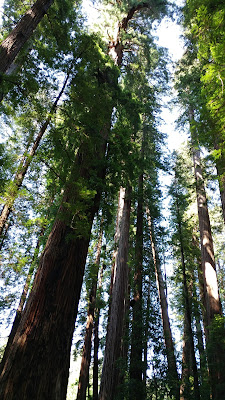 
There are seven parables in Matthew 13. I preached on the parable of the sower last Sunday, and next Sunday Naomi will have five other parables to choose from. That leaves the parable of the Weeds, which is this week’s reading from the Gospel of Matthew. Even though I’m focusing most of my preaching this Pentecost season on the Gospel of Matthew, this morning we’re taking a short break and attending to a word from the book of Romans.

In Romans 8, Paul speaks of two kinds of obligation. According to Paul we owe a debt either to the flesh or to the Spirit. We call the first obligation selfishness, and it leads to death and destruction. The other possible debt or obligation leads to freedom from fear and abundant life. If we embrace the Spirit, we will be adopted as children of God. If we’re children of God, then we are joint heirs with Christ of all the promises of God. That means that we can, with Jesus, address God as “Abba, Father.”

Paul begins this conversation by speaking of our identity in Christ using the concept of adoption. As I was reading the passage, I thought about Ben Hur. While I know there’s a more recent version of the story, the one I know stars Charlton Heston. According to the subtitle of the original book, this is a story about Jesus, but it gets told in relationship to the story of Judah Ben Hur. At one point in the story, Judah, who is a Jewish noble, is sent into slavery because of his opposition to the Roman occupation of Palestine. He ends up on a ship, forced to row the galley across the sea. When disaster strikes, and the ship is sinking, Judah saves the owner, who adopts him as his son and heir. This act of adoption changes his identity from being a slave to a Roman citizen. This is signified by receiving a new Roman name. Now, the man who was once his master, is now his father. While Judah will eventually renounce this identity, the story illustrates nicely the Roman understanding of adoption. Because we have received our adoption papers, we have a new identity and a new purpose in life. As heirs of God’s promise, we live in the hope of the resurrection.

In the second paragraph, Paul connects the future of creation with our future redemption. While there might be suffering in this moment of our lives, this is nothing, Paul writes, compared with the glory that is going to be revealed. When he speaks of  revelation, he uses the Greek word that gives us apocalypse. Paul is pointing our attention forward into the future, when God will redeem all things. He tells us that all of creation waits in anticipation for this moment, when we will be redeemed, so that creation can be redeemed. Even as we will experience freedom from slavery to decay and will be “brought into the glorious freedom of God’s children,” so will the rest of creation. When he speaks of the groaning of creation, he has in mind a pregnant woman experiencing labor pains. In other words, creation is in labor, looking forward to that moment of birth, when new life emerges. For those in the room, who have given birth, you have a better understanding of this than I do. While I was in the room when Cheryl gave birth, I don’t know, any more than Paul knew, what it is truly like to give birth. I can only gauge it on the basis of observation and reports.

This word about the birth pangs of creation, which we share in, as we await our adoption, takes us back to the first creation story. In that story, God creates all things, and declares all things to be good. As a final act of creation, God creates humanity to serve as stewards of this creation. Unfortunately, as we discover in Genesis 3, humanity rejects its calling to be stewards of God’s creation, and instead seeks dominion over that creation, subjecting the earth to suffering.

The suffering that Paul speaks of is called sin. It is our human rebellion against God’s promise, our desire to go it alone, which has subjected creation to suffering. So, now creation groans, as if in labor, awaiting the redemption of God’s children. If creation is groaning, what word do we hear? What responsibility is given to us as children of God, whose destinies are connected to that of creation?

We live at a time of great concern about the state of the earth. We know that the earth is suffering. We hear its groaning. We hear regularly about climate change, and what it means for the future. While we have done much to reverse pollution in our land, there are efforts underway to weaken the rules that have kept the water safe and the skies clean. Having lived in Southern California, I know that air pollution today isn’t as bad as it was when my mother was growing up. That’s due to rules and regulations that have helped control pollution. We’ve all heard stories about the Cuyahoga River catching fire. Fortunately, the river is cleaner today, and it won’t catch fire. But, what if the rules change? What message will the earth send us? What message, what word of  revelation is creation sending us right now?

There is a scene in the 1969 movie The Graduate, in which a family friend gives Benjamin one word of advice. That word was “plastics.” In other words, if he wanted to be a financial success, then he should pursue the world of plastics. There is an article in Thursday’s Free Press about plastic. Did you know that since the 1950s, humans have produced 18.2 trillion pounds of plastic. Not only that, but 80% of that plastic ends up in landfills or has simply disappeared into the environment. Most of this plastic isn’t biodegradable, which means it will be around for millions of years. Did you know that about seventy million pounds of plastic lies on the sea floor?

Yes, plastic is convenient, but too much of it ends up fouling the earth. Diana Butler Bass wrote about this reality in her recent book, Grounded. In that book she reflects on seeing a CNN video during coverage of that lost plane in the Indian Ocean. This video report showed “a massive tangle of human garbage, including thousands of the now ubiquitous plastic water bottles.” This stuff has formed floating islands in the ocean, and she writes that “as the trash degrades, it contaminates the food chain that begins in our oceans and sickens fish, birds, animals, and eventually us with chemicals no living being was ever meant to ingest” [Grounded, p. 83]. The problem is that much of this toxic trash is out of sight, which means it’s out of mind. But, if we have ears to hear, then perhaps we can hear the earth groaning in anticipation of our redemption.

So, how can we respond as children of God, who with creation, wait for our redemption? We might start by remembering our decision to apply for standing as a Green Chalice congregation. It was a nice recognition, but it really didn’t require much of us. We just needed to pick three things from a list, and we were already using programmable thermostats, energy efficient light fixtures, and we had stopped using Styrofoam for fellowship events. In other words, becoming a Green Chalice church didn’t cause us much suffering. So, maybe it’s time to reexamine what it means to be a Green Chalice Church. Maybe we could start by turning off the lights when rooms are not in use. We could do a better job of recycling plastic. We still won’t be suffering, but it’s a start.

I don’t think that Paul was aware of climate change or the dramatic impact of plastics on the environment when he wrote these words to the church in Rome. But, if we have ears to hear, this can be a word from God to us, reminding us of our connection with the rest of creation, as together with creation we await, groaning in anticipation, of the resurrection, when all things will be transformed.

Karl Barth is famous for his commentary on the Epistle to the Romans. He wrote this about the witness of creation:  “All temporal, created things bear witness to the truth that the time in which we live is the time of the divine ‘Now’, and that it bears in its womb the eternal, living unborn Future.” [Barth, Romans, p. 306].  In other words, it is important that we as children of God, as heirs to the promise of God made to Abraham, listen to the groaning of creation, as it bears witness to this unborn Future, so that together with all of creation we can prepare for our redemption. In preparation for that day, may we take hold of God’s covenant promise to Abraham and Sarah, and be that blessing, not only to the nations, but to the whole of creation.