Independence Day and the Ethical Paradox of Patriotism 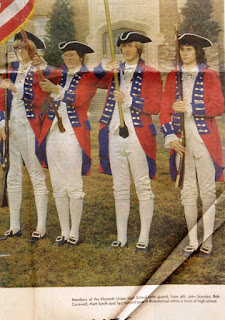 Today marks the 241st anniversary of the publication of the Declaration of Independence, the event that marks the beginning of a national identity separate from Great Britain. It would be several years before the nation would become fully formed with a constitution and permanent government. Nonetheless, it is the 4th of July that we celebrate as the beginning of America’s national identity. While we who are American citizens should celebrate and show our patriotism, but do so lightly and with humility. As a Christian, I affirm the principle that God is not just America’s god, but the God of all nations and all peoples. While Christianity has been the dominant religion in the United States, no form has dominated and no religion is prescribed by the Constitution. In fact, the Constitution never mentions God and proscribes religious tests. The First Amendment forbids the establishment of religion, and grants freedom to all Americans to practice their religion as they please.

As an American citizen, who loves his country, but also recognizes its imperfections and its spotty history (to be kind), I offer these words from Reinhold Niebuhr’s book Moral Man and Immoral Society, which I recently re-read. He writes of the “ethical paradox of patriotism:”

There is an ethical paradox in patriotism which defies every by the most astute and sophisticated analysis. The paradox is that patriotism transmutes individual unselfishness into national egoism. Loyalty to the nation is a high form of altruism when compared with lesser loyalties and more parochial interests. It therefore becomes the vehicle of all the altruistic impulses and expresses itself, on occasion, with such fervor that the critical attitude of the individual toward the nation and its enterprises is almost completely destroyed. The unqualified character of this devotion is the very basis of the nation’s power and of the freedom to use the power without moral restraint. Thus the unselfishness of individuals makes for the selfishness of nations. That is why the hope of solving the larger social problems of mankind, merely by extending the social sympathies of individuals, is so vain. Altruistic passion is sluiced into the reservoirs of nationalism with great ease, and is made to flow beyond them with great difficulty. What lies beyond the nation, the community of mankind is too vague to inspire devotion. The lesser communities within the nation, religious, economic, racial and cultural, have equal difficulty in competing with the nation for the loyalty of its citizens. [Moral Man and Immoral Society, p. 91].

As you can see, Niebuhr puts his finger on a crucial point. Nationalism is potent. We might say that we have a greater loyalty to humankind, but do we? When push comes to shove, how many of us will saw no to the nation? We may not be rabid in our patriotism, but it’s hard to resist the lure of national pride.

What about the church? Might it not be a strong enough counterweight to the draw of nationalism? Niebuhr raises questions about the ability of the church to resist. He continues from above:” The church was able to do so when it had the prestige of a universality it no longer possesses.” He does see one possibility of a force stronger than nation, but while class might one day supersede nation, “for the present the nation is still supreme.” [Moral Man and Immoral Society, p. 91].

Niebuhr wrote this in 1932, in between two wars in which nationalism proved to have great power over the people. It would find its most diabolical expression in Nazism, which sought to purify its national identity by eliminating any groups of people who might sully its national identity—Jews, Gypsies, people of color, gays and lesbians—but back home, when the GIs returned from fighting for the promise of freedom, African Americans found that they would not share in the bounty of honors given to their white comrades.

As we express our patriotism today, let us try to do so with humility. Let us try to remember a higher loyalty. If one is, as I am, a Christian, let us remember that the God we know in Jesus is the God of all nations. When we pray the Lord's Prayer, we affirm our ultimate allegiance to God and God's realm. That affirmation serves to temper and restrain any unmitigated loyalty that would accord to the nation unlimited power. In other words, there is room for patriotism, but not nationalism. In doing so, may we reflect upon the diversity of this nation, honoring that diversity as one of the goods that has come about over the decades of national existence.