Who Do You Say that I Am? - Sermon for Pentecost 12A 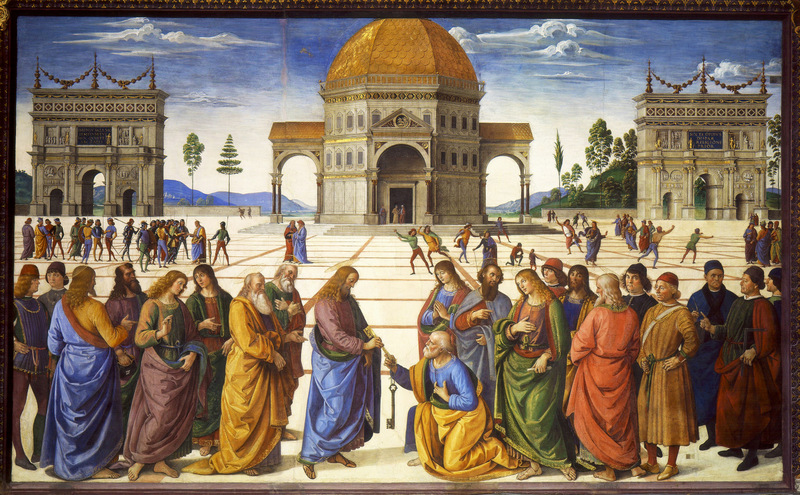 
Maybe a pollster has called you wanting your opinion on a product, issue or politician. Politicians don’t want their approval numbers to dip under 50%. There’s a problem when your numbers dip below that mark.

Jesus once took a different kind of poll. What he wanted to know was what people were saying about him. Who did they think he was? The disciples reported that based on what they were hearing, most people thought he was a prophet, like John the Baptist, Elijah, or Jeremiah. It’s interesting that Matthew chose these three prophets, because they all had run-ins with the authorities. John was executed, Elijah was chased out of the country, and Jeremiah was sent into exile. That put Jesus in dangerous company!


Then Jesus asked a followup question: “Who do you think I am?” I know I’m reading between the lines, but I’m sensing that there was a time of awkward silence among the disciples. Finally, Simon, son of Jonah, broke the silence. He boldly proclaimed: “You are the Christ, the Son of the Living God.” Yes, you are the messiah, the one we’ve been waiting for, the one who will deliver us. You are also the Son of the Living God, which means you’re the one who reveals God’s identity to us.

We call Simon’s statement the “Good Confession.” It’s the confession we ask new members and those coming to be baptized to make. We ask them: “Do you believe that Jesus is the Christ, the son of the living God?” While we say we’re not a creedal people, this confession is our creed. Disciples have this old slogan that has come down to us from earlier generations: “We have no creed but Christ, no book but the Bible.” Yes, Jesus is our creed. He is the one in whom we find salvation. He is the one in whom we encounter the true essence of God. While this is our community confession:  Who is Jesus to you?

Simon gave his answer, but, according to Jesus, this confession wasn’t based on study or research. It wasn’t based on his analysis of Old Testament prophecies. There was no “evidence that demands a verdict.” No, Simon made this confession because God revealed this truth to him, which means he Simon spoke prophetically as to Jesus’ true identity.

After Jesus helped Simon and the disciples understand the origin of his confession, he gave Simon a new name and a new identity. Jesus said to Simon, son of Jonah, because you answered correctly, your name will now be Peter, the Rock, and upon this rock I will build my church.

In the biblical story, a name often defines a person’s identity. So, when names are changed, identities also change. God changed the names of Abram and Sarai to Abraham and Sarah to indicate their new status as the founders of God’s covenant people. Jacob had his name changed to Israel to signify his new status as a carrier of that covenant promise. So, when Jesus changed Simon’s name to Peter, Peter took on a new identity in Christ.

While we give less attention today to the meanings of the names we give our children, there is one important ongoing name change tradition that speaks of the connection of a name to a person’s identity and calling in life. That is the name chosen by a new Pope after his election.  When Jorge Mario Bergoglio, the Archbishop of Buenos Aires, was elected to be the new Bishop of Rome in 2013, he chose the name Francis, in honor of St. Francis of Assisi. That name seemed odd at first, since the new Pope was a Jesuit and not a Franciscan. But, over the past four years, we have seen why he chose that name. We have seen him try to emulate the humility and missionary spirit of St Francis of Assisi. So, it’s a fitting choice, even for a Jesuit.

Getting back to the man called Peter, there are differences of opinion about the meaning of this name change. Is Peter the rock upon which the church is built? Or, is it his confession? Catholics prefer the first version; Protestants generally prefer the latter. I confess, that I can go either way. What I do hear in this name change is that Peter got a new identity and a new purpose. This new identity would be defined by Peter’s relationship with Jesus, the Messiah and Son of the Living God. When we make that same confession, our identity changes as well. We become a new person in Christ.

With this new identity come both benefits and responsibilities. The first benefit is a new family, the church. This community that we enter by making the Good Confession, is defined by its relationship to Jesus. And against this community, centered around Jesus, death has no ultimate power. That’s what Jesus means when he speaks of the powerlessness of the gates of Hades. Since death has lost its power over us, we can take up our responsibilities as Jesus’ representatives on earth without fear of death.

In commissioning Peter for mission, Jesus gave him the “keys of the kingdom of heaven.” This isn’t an honorary gift, like when a politician receives the keys to the city. Somewhere in the family archives, is a picture of my father giving Richard Nixon the keys to the city of San Francisco, back when he was running for President in 1960. I can guarantee you that those keys didn’t open anything in the city. It was just a photo op, but Jesus wasn’t giving Peter a photo op. Jesus gave to Peter and to all who make the Good Confession, a role to play in the expansion of God’s realm on earth as it is in heaven. Whatever is bound on earth is bound in heaven. Whatever is set loose on earth is set loose in heaven.

There would seem to be a lot of power given in this commission, But, as I’ve come to understand the nature of God, love comes before power. That is the vision that Tom Oord has offered to the church. I offered my thoughts on the topic of the uncontrolling love of God in a Facebook Live presentation about God and uncontrolling love on Friday afternoon. If love comes before power, and God’s love is noncoercive, then God is going to need partners to help bring into existence the realm of God. So, if Peter represents us, then not only did he receive the keys to the realm, so have we. This is both the benefit and the responsibility of being a follower of Jesus.

Once we make the Good Confession, Jesus gives us a new identity. Paul has drawn a picture of this identity in Philippians 2, where Paul encourages the  church to “adopt the attitude that was in Christ Jesus,” who, “though he was in the form of God, he did not consider being equal with God something to exploit. But, he emptied himself by taking the form of a slave and by becoming like human beings” (Phil. 2:4-7a CEB). Paul goes on to suggest that the cross defined Jesus’ life and ministry. The cross may be an instrument of death, but as Matthew reminds us when we are in Christ, the Gates of Hades will not prevail against the church. Therefore, speaking of Jesus, “God highly honored him and gave him a name above all names, so that at the name of Jesus everyone in heaven, on earth, and under the earth might bow and every tongue confess that Jesus Christ is Lord to the glory of God the Father” (Phil. 2:9-11 CEB).

In making the Good Confession we embrace both the cross and the resurrection because both define who Jesus is, and who God is. One of the lessons of this new identity is the way we view power and authority. Michael Gorman writes about the cruciform nature of God, suggesting that the God revealed in Jesus, is not a “normal deity.”

In other words, military power is not the power of the cross, and such misconstrued notions of divine power have nothing to do with the majesty or holiness of the triune God known in the weakness of the cross. The "civil" god, though perfectly "normal," is not only unholy; it is an idol. [Inhabiting the Cruciform God, Kindle Locations 352-353]

If we, as individuals and as a church, are in Christ, then our identities are defined by the vision of the one who chose not to exploit his equality with the Father but chose to be like us in every way, sharing our humanity to the point of death on a cross. That’s what it means, it appears, to be given the keys to the kingdom of heaven. It’s a bit risky, but it is our calling in Christ.

Perugino, approximately 1450-1523. Christ gives the keys of the kingdom to Peter, detail, from Art in the Christian Tradition, a project of the Vanderbilt Divinity Library, Nashville, TN. http://diglib.library.vanderbilt.edu/act-imagelink.pl?RC=55925 [retrieved August 26, 2017]. Original source: http://commons.wikimedia.org/wiki/File:Entrega_de_las_llaves_a_San_Pedro_(Perugino).jpg.