By What Authority? A Sermon for Pentecost 17A 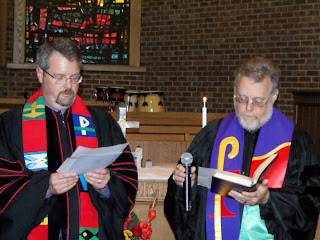 
Aimee Semple McPherson was a famous Pentecostal evangelist during the first half of the 20th century. I love talking about her because she was a pioneer in so many ways. I might not agree with her theology or her politics, but I have always admired her persistence in answering a call to ministry when very few women were given permission to preach. Not only did she preach, but she launched a radio station in the early days of radio, a denomination, and a college. When the religious authorities questioned her right to preach, and demanded she show them her “credentials,” she simply responded that God had called her, the Spirit had empowered her, and she had no choice but to preach. If the religious authorities had a problem with her call, then they should take up their concerns with God.

After Jesus entered Jerusalem on that first Palm Sunday to shouts of adoration from the crowd, he went to the Temple and began to teach and to heal. The religious leaders approached him and asked for his credentials to preach and teach. By what authority have you taken up residence in this holy Temple?

I confess that I approach this passage with a great deal of unease. As you know, I serve as chair of the Commission on Ministry for the Michigan Region. The commission’s job is to authorize clergy to serve the churches of the region. We authorize ordinations and grant the clergy of the region standing on an annual basis. We send out questionnaires, and if the clergy return them, then we authorize them to serve as Disciples ministers. If clergy don’t turn in the requisite papers or don’t fulfill the designated requirements, then we can take away their standing. That could present problems for them. You might say that this commission has a lot of power, but who gave us this power?

When the religious authorities asked Jesus for his credentials, he turned the tables on them and asked them who they believed authorized the ministry of John the Baptist. Was John’s baptism from God or not? Did he have divine or human authorization? This stumped the religious leaders, because they had rejected John’s message. When John called on the nation to repent, they refused to heed the call. They didn’t believe he had divine authorization, but they also knew that the people believed John was a prophet. So they were caught in a dilemma, and so, they punted. They refused to answer. Jesus returned the favor, and refused to tell them where his authority derived. You might say he punted as well, but did he? It would seem that Jesus answered their question by tying his own ministry to John’s. Their silence when it came to John’s authority signaled their recognition that he spoke for God, even though they didn’t obey the call to repentance. By bringing John into the conversation, Jesus took refuge in their tacit affirmation of John’s divine call.

Now, neither of these two men had credentials from any institutional body. They hadn’t submitted their papers. They didn’t go before the commission. No, neither John nor Jesus was ordained by any church body! No human body gave them permission to preach or baptize. As chair of the Commission on Ministry, I can tell you, this is a problem! I would have to deny them standing!

You might say that John was a bit like Aimee Semple McPherson. He believed God had given him a message. So, he went out into the wilderness and began to preach. Before long, people were coming to him, seeking to be baptized so they could have their relationship with God restored. He may not have had institutional authorization, but the people believed he was credentialed by God. That put them at odds with the religious gatekeepers. Although I hate to admit it,  I am now a gatekeeper! Besides, I believe in ordination and denominational standing. Credentials are important. Theological education is important. Yet, both John and Jesus operated outside the gates.

Aimee Semple McPherson went outside the gates because churches closed their pulpits to her. She started her own denomination and college, so she could determine the proper credentials. John Wesley did the same thing, as did Alexander Campbell and Barton Stone.

I understand why the religious leaders asked Jesus to show them his credentials. He was representing himself as God’s spokesperson, and the people were calling him rabbi. This was going on despite the fact that Jesus hadn’t gone through rabbinic school, and he didn’t have either a M.Div. or an ordination certificate. Not only that, but he had just arrived in Jerusalem from Galilee. So, who did he think he was, going about the Temple, teaching things about God, and the Temple itself, that seemed suspect? It was bad enough when Jesus was going around Galilee preaching and healing, but at least then he was hanging out in the backwaters of Galilee. But, now that he was in Jerusalem, in the Temple, things were different. He was threatening to take over the most sacred site in all of Judaism, and he had to be stopped. The problem was that Jesus was too clever for them. They had no answers to his questions, and so he refused to answer theirs.

Jesus may not have answered the question directly, but he did have a parable to share. This parable is the story of two sons who were told by their father to go work in the vineyards. The first son agreed to go work in the vineyard, but he got busy and forgot his promise. Even though he said he would work in the vineyard, he didn’t fulfill his promise. The second son initially refused to work in the vineyard. Maybe he had better things to do. But later, after thinking things over, he decided to go work in the vineyard. After Jesus told this very brief parable, he asked the religious leaders which son did as the father requested? Maybe there is a third son in the parable, who is standing just outside the conversation. That would be Jesus, the story teller. He was neither hypocritical nor rebellious. In Jesus’ response to God’s call, there is neither delay nor rejection of the call. As Richard Lischer puts it: “In him there is not the slightest increment of delay between the Father’s command and the son’s obedience” [Lischer, Reading the Parables, p. 88]. In other words, actions speak louder than words. At least in most cases!

The parable was offered up as a word to the ones God calls to tend the vineyard, reminding them of their duties. At the same time, Jesus reminded them who had responded to John’s message as well as his own. Even though the leaders weren’t responding, others responded. Therefore, sinners, prostitutes, and tax collectors—the kind of people the religious authorities believed were beyond redemption—would gain entrance to the realm of God before they would. That’s because, unlike the religious authorities, they heeded John’s message.

So, what authority should we heed? Who gets to decide what is good and honorable? Who speaks for God?

Appeals to authority presume the legitimacy of existing systems and leaders. Such appeals have been used for millennia to silence, in particular, the voices who are not beneficiaries of established practices and policies [Preaching God’s Transforming Justice, p. 412].

Jesus didn’t have the proper credentials. Neither did John the Baptist. But, they heard the voice of God and they challenged the existing order. They also spoke up for those who weren’t “beneficiaries of established practices and policies.”

This word is challenging for those of us who serve as gatekeepers. I surely do not wish to be on the wrong side of this conversation. I don’t want to be in the position of silencing voices whom God has called, but “are not the beneficiaries of established practices and policies.”

May we meditate on this word today as we gather at the Table to share in the bread of life and the cup of salvation, which Jesus authorized as an act of  remembrance and as a sign of our unity as the body of Christ, no matter where we live in the world.