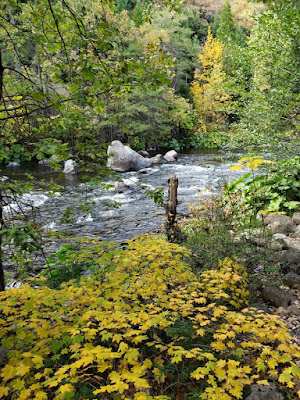 22 The same night he got up and took his two wives, his two maids, and his eleven children, and crossed the ford of the Jabbok. 23 He took them and sent them across the stream, and likewise everything that he had. 24 Jacob was left alone; and a man wrestled with him until daybreak. 25 When the man saw that he did not prevail against Jacob, he struck him on the hip socket; and Jacob’s hip was put out of joint as he wrestled with him. 26 Then he said, “Let me go, for the day is breaking.” But Jacob said, “I will not let you go, unless you bless me.” 27 So he said to him, “What is your name?” And he said, “Jacob.” 28 Then the man said, “You shall no longer be called Jacob, but Israel, for you have striven with God and with humans, and have prevailed.” 29 Then Jacob asked him, “Please tell me your name.” But he said, “Why is it that you ask my name?” And there he blessed him. 30 So Jacob called the place Peniel, saying, “For I have seen God face to face, and yet my life is preserved.” 31 The sun rose upon him as he passed Penuel, limping because of his hip.

It’s been nearly three months since I began my sabbatical (I return on December 1). When I began the warmth of summer was still with us, and now as I near the end, an early snow has blanketed the landscape. It has been a good and fruitful time of rest and reflection. We need times like this; sabbaths that enable us to step back from the busyness of life. The sabbatical is themed as “River Crossings.” When the Elders of the church and I began planning for the sabbatical we chose a theme that spoke to the realization that we are moving toward a time of transition. Though I’m not quite ready to step away, my retirement is on the horizon. So, this time away has allowed me to contemplate how I might help the congregation move toward that new future that will involve a pastoral leader different from me (perhaps a pastor who is much younger than me). I have taken to heart the stories of Moses and Joshua in this regard, but the story of Jacob’s encounter at the Jabbok also is intriguing.

As seen above, Jacob finds himself at an important transition point in his journey. He’s been away from home for a long time. He’s gotten married (4 wives) and had children. He’s built up quite a large legacy, but now he faces a moment of truth. He’s returning to his homeland to face a brother with whom he has been at odds (remember Jacob tricked Esau out of his inheritance). This reunion could go very badly for him, even costing him his life. So, standing at the fork of the Jabbok, he sends his family and his belongings across the river, but he stays back on the far side of the river.

If we know the full story, we can imagine what is going through his mind. There is fear, along with anxiety and probably a bit of guilt at what he had done to his brother. Things had turned out well for him (at least materially), but the sibling rivalry is problematic. having sent his family across the stream (and everything he owns), he decides to stay back, at least for a moment. As he watches his family cross the river, a stranger attacks, engaging him in a wrestling match. They wrestle till daybreak when finally, Jacob has had enough. Jacob pulls a dirty move, and knock’s the man’s hip out of its socket, crippling him at least for a moment. With that, the man gives in, but not before Jacob demands a blessing. The stranger agrees, giving him not only the requested blessing but a new name as well. That name is Israel, because, as the stranger declares to Jacob, you have “striven with God and with humans, and have prevailed.” A new name and a new calling. In return, Jacob names the spot where they wrestled Peniel, “For I have seen God face to face, and yet my life is preserved.” Now the time came for him to cross the river and embrace the future, with all the risks and rewards that it promised.

I haven’t engaged in a wrestling match quite like this, nor have I received a new name. But I have wrestled with God, and in doing so I’ve wrestled with my future and that of the church. In fact, I’ve been pondering not only the future of my congregation but of the church at large. My work on a book manuscript titled Reclaiming a Founding Vision, which is rooted in experiences from a prior sabbatical, has helped me reflect on where I’ve been and where the church has been as we move into the future. For Jacob, this was a transformative moment, signified by a change of name. The name Jacob represented his old life, his old identity (including that identity of being a trickster), but now he enters a new era of his life. He will cross the river and be reunited with his brother. The journey continues. Soon, I will cross a stream and reenter ministerial life (slowly at first, but I will reenter with a renewed sense of purpose). Together we will seek God’s face as pastor and church. What is true for us is true for others.

So what does the future hold? What rivers must be crossed? Getting there apparently requires wrestling with God. Let us not be afraid of the challenge the wrestling match provides. 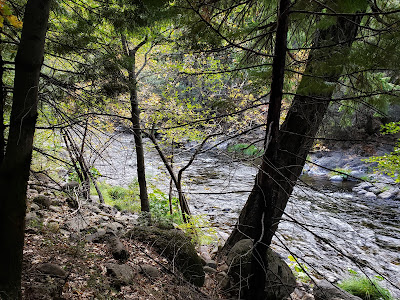