The Meanings of the Millennium - A Continuing Conversation about Eschatology 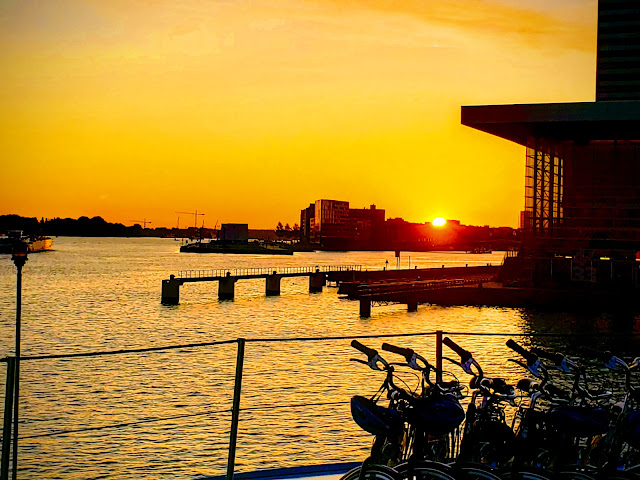 In my first foray into the theological world called eschatology, I set out a few questions and areas of concern. I noted that I’m in the process of working with a friend on a book proposal that will explore this doctrine that can give us fits. That is because it covers such a wide variety of topics, all of which tend to be future-oriented, and some of which seek to raise questions about whether there is something beyond the grave and what that means. There are also questions simply about the nature of the future and whether we should devote any real time to the conversation. Let’s stick with the present, but the present quickly moves into the future. We may not be able to predict the future, and some of us believe that the future remains open, but the present is only here for a moment and then we step into the future, one moment at a time.

One of the topics we intend to address in our book concerns the meanings of the millennium. In the previous post, I noted that early Christians tended to move in two directions one of which millenarian and the other was not. Those who embraced a millenarian position would fit into the premillennialist category. They weren’t dispensational premillennialists (Darby), but they believed that Jesus would return to set up a kingdom on earth that would last for a thousand years. Over time other understandings came into play. The primary versions are known as amillennialism and postmillennialism.

This conversation about whether or not there will be a millennial reign of Christ is rooted in one particular passage of Scripture—Revelation 20:2-7. It is a term and a text that has given birth to all number of theories of God’s future. As noted there have been at least three major ways of understanding this passage and its implications, all of which focus on the timing of Jesus’ return in glory. Will he return before or after the millennium, or, as some would come to believe, is the term is best understood metaphorically?

As noted, one of the earliest forms of millennial thinking was pre-millennialism. This formulation presumes that after Jesus returns from heaven, he will reign for one thousand years, after which the last judgment would occur. This belief is rooted in a straightforward, even literalistic, interpretation of Revelation 20. It also imbibes Jewish apocalyptic expectations of an interim messianic reign. As to why this interim period is required, Scripture is held to be largely silent, but it is said to begin with the defeat of the Anti-Christ and the imprisonment of Satan. This will last for a thousand years, after which Satan will be released and lead astray those who are still unregenerate. There will then be one last battle, a final resurrection, and judgment. Among the founders of my denominational tradition (Disciples of Christ), both Barton Stone and Walter Scott were attracted to its message. [George E. Ladd, "Historical Premillennialism," in The Meaning ofthe Millennium, Robert G. Clouse, ed., (Downers Grove: IVP, 1977), 17-18.  Mark Toulouse, Joined in Discipleship: The Shaping of Contemporary Disciples Identity.  Revised ed., (St. Louis: Chalice Press, 2009), pp. 101ff.]

A popular modern offshoot of this theory is dispensationalism, which forms the basis of the interpretations found in the books of Hal Lindsey and Tim LaHaye. Dispensationalism is rooted in the theories of John B. Darby, founder of the Plymouth Brethren. The primary assumption of this theory is that Scripture must be interpreted literally unless otherwise stated, which means that the millennial statement found in Revelation 20 must be taken literally. Following upon this belief is an assumption that every prophetic statement in both Testaments must be fulfilled in literal terms, and in their mind, most prophecies have yet to be fulfilled and will be fulfilled in the last days. Dispensationalists tend to have a very pessimistic view of the world and history, with the assumption that human history is winding down toward a period of great tribulation, during which the Anti-Christ will rise up and cease control of the world. Most Dispensationalists also believe that Christians will be "raptured" prior to the tribulation, and therefore they will not have to endure the horrors of this time. What is distinctive about dispensationalism is its view of history.  They divide history into a series of ages, in each of which God relates in a unique manner, and certain Scripture texts either apply or don’t apply. Thus, the Sermon on the Mount is seen as a Kingdom teaching, and thus not applicable to our current age. [Herman Hoyt, "Dispensational Premillennialism" in Clouse, Meaning of the Millennium, 63ff.]

The second form of millennialism emerged in the fourth and fifth centuries, even as chiliasm or millennialism began to lose its popularity. Known as “amillennialism” (“a” = no), adherents insisted that the term should be taken metaphorically, and thus there will be no actual millennial age. This view was taught by, among others, Augustine. Its rise corresponded with the embrace of Christianity by the Roman Empire, and thus the reign of God came to correspond with the church and its role in society. It remained the dominant view throughout the middle ages and was taken up by the Reformers, who believed that the millennium should be seen in figurative or symbolic ways. I will say that whereas at one point I embraced premillennialism, by the time I got to seminary I had moved to the amillennialist position.   [Anthony Hoekema, "Amillennialism," in Meaning of the Millennium].

If premillennialism is pessimistic about the future, and amillennialism essentially takes no position about what the future will look like, postmillennialism takes a very positive view of the future. It envisions a conversion of the world to Christianity occurring prior to the return of Christ, who would then rule for a thousand years. This millennial age would be one of peace and prosperity for all. Generally, those who embraced this position believed that this would occur without supernatural intervention. Some of the Reformers were attracted to this view because they saw the Reformation as the "dawning of a new age" of the Spirit, but its popularity spiked during the nineteenth century, especially in the United States. Theologians and church leaders, including Alexander Campbell, came to believe that the social and technological progress of the age was a "harbinger" of this new age of prosperity and peace.  Campbell published a journal titled The Millennial Harbinger, where he laid out his belief that the progressive policies he discerned in the American way of life, including a move toward universal education along with freedom of religion as allowed in America, together with efforts at achieving unity among Christians, would lead to the reign of Christ. You can see in this vision a bit of “manifest destiny” as well. Postmillennialism lost favor, however, during the 20th century, when the world didn’t seem to be progressing as quickly as envisioned toward a Christianized world. It is also no surprise that as it lost ground, premillennialism, which lacked that optimistic vision embraced postmillennialism, regained popularity. [Toulouse, Joined in Discipleship, pp. 113 ff.]

So, do you have a millennialist vision of the future? Is it pessimistic or optimistic? Or perhaps, is it a bit uncertain? Do you envision a day of judgment? Or does judgment occur in the midst of this reality? Are the consequences of our actions the true source of divine judgment? And as we consider this question of whether or not a particular form of millennialism has value, might we consider the question of privilege? Does a postmillennialist or even an amillennialist perspective represent a rather privileged view of the future?

I realize that many in my community of more moderate to progressive Christianity don’t want to engage in conversations about whether or not there will be a millennial reign of Christ (or whether it is currently occurring). Nevertheless, the conversations are going on in our midst, and often in our congregations. So what should we do with what we encounter? We could ignore it, but it doesn’t seem to go away.

Chuck Jones said…
Hi Bob, a few years ago I was teaching The Revelation in an adult Sunday School class. I taught what I still believe to be the case, that the topic of these visions is the ultimate punishment by God of the Roman Empire. When we got to the millennium, we asked, What is the literary function of the 1,000 year delay within this document? What we landed on is remarkably simple. The author is clarifying that the fall of Rome will not be the end of the world/second coming. Punishing Rome will be an act of God so sever that it warrants apocalyptic language and images, but, like Daniel’s images concerning Greece, it will take place within history. It will not end history. The end of history will also be an apocalyptic event, but it will happen at the perfect time, a long time from now (the number 1,000 implies both). If this interpretation works, then it could be considered a kind of amillennialism. What do you think?

Chuck Jones said…
Hi Bob, a few years ago I was teaching The Revelation in an adult Sunday School class. I taught what I still believe to be the case, that the topic of these visions is the ultimate punishment by God of the Roman Empire. When we got to the millennium, we asked, What is the literary function of the 1,000 year delay within this document? What we landed on is remarkably simple. The author is clarifying that the fall of Rome will not be the end of the world/second coming. Punishing Rome will be an act of God so sever that it warrants apocalyptic language and images, but, like Daniel’s images concerning Greece, it will take place within history. It will not end history. The end of history will also be an apocalyptic event, but it will happen at the perfect time, a long time from now (the number 1,000 implies both). If this interpretation works, then it could be considered a kind of amillennialism. What do you think?