Are the Foundations to American Democracy Crumbling? 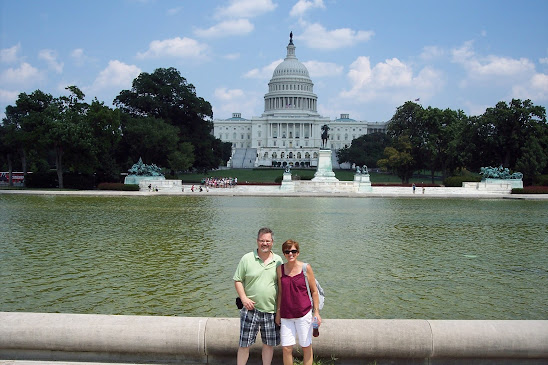 We are essentially ten days past the November 3rd election. For all intents and purposes, Joe Biden and Kamala Harris reached the requisite number of electoral votes on Saturday when it became clear that Biden/Harris had an insurmountable lead in Pennsylvania. That should have been the end of things. If he had followed precedent, President Trump would have done what previous candidates/incumbents have done. He would have called Joe Biden, congratulated him on his victory, conceded, and pledged to work with him to make for a smooth transition. Of course, that hasn’t happened. The president and his allies in the Republican Party have thrown up a smokescreen of charges of fraud, suggesting that the election has been stolen from him. Why does he believe this? Well, in his mind, the only way he could lose is if the opposition cheated. So far, the charges have fallen flat. The evidence minuscule at best. But that hasn’t stopped him. It is clear that he will never concede, though he may acknowledge the loss and leave the White House on January 20th. In the end, Joe Biden will take the oath of office and begin serving as President, but damage to our institutions is occurring. That's dangerous.

So, what is at stake here? Democracy is messy. I wrote about that in my book Faith in the Public Square (Energion Publications, 2012). I opened the chapter “Democracy Can Be Messy!” with these words “Americans tend to take democracy for granted.” We can no longer take it for granted because it is under attack here and abroad. Authoritarian regimes have taken power across Europe and Latin America under the guise of populism. President Trump, with his America First slogans, has portrayed himself as the voice of the “common man” though he has never known a moment in his life when he was even middle class. He grew up with wealth and has enjoyed wealth his entire life. So, don’t be fooled. He may know how to talk like a common person and enjoy fast food, but that doesn’t make him one of us.

We can no longer be complacent about our democracy. Yes, we are a representative democracy, also known as a republic. The mantra that we are a republic and not a democracy, which we are increasingly hearing from some quarters, is dangerous. It undermines the role that “We the People” play in our government. We must remember that we the people elect the representatives who serve in government. Some of them are close friends! Unfortunately, due to gerrymandering and the electoral college, we are now in a position where a minority of voters get to determine the fate of the country and our communities. When a candidate for President wins over five million more votes than his opponent and yet could lose based on a group of electors from a small number of “battleground states,” the situation is more than messy. It suggests that the foundations are crumbling.

George Thomas, Professor of American Political Institutions at Claremont McKenna College, has written an important article published in The Atlantic that addresses the problem of denying we are a democracy (yes, a representative democracy). It is true that the Founders were reticent about the prospects of a full-fledged democracy, which is why they created all kinds of checks and balances. Nevertheless, as Thomas writes of “Alexander Hamilton, one of Madison’s co-authors of The Federalist Papers” . . .  made the case for popular government and even called it democracy: ‘A representative democracy, where the right of election is well secured and regulated & the exercise of the legislative, executive and judiciary authorities is vested in select persons, chosen really and not nominally by the people, will, in my opinion, be most likely to be happy, regular and durable.’” [“‘America Is a Republic, Not a Democracy’ Is a Dangerous—And Wrong—Argument,” The Atlantic].

If we are to preserve our representative democracy, we will need to examine some of our institutions, including the electoral college, so that we can have a truly representative democracy, that protects the rights of political minorities, but doesn’t place the majority under the tyranny of minority rule. I believe it is time for the electoral college to go. I also believe that we need to find ways of organizing our electoral districts in ways that are not gerrymandered for either party’s benefit. Here in Michigan, Democrats often win a majority of votes for the state legislature and for the US House and yet remain in the minority.

So I return to George Thomas, who points to the current state of affairs and concludes:

High-minded claims that we are not a democracy surreptitiously fuse republic with minority rule rather than popular government. Enabling sustained minority rule at the national level is not a feature of our constitutional design, but a perversion of it. Routine minority rule is neither desirable nor sustainable, and makes it difficult to characterize the country as either a democracy or a republic. We should see this as a constitutional failure demanding constitutional reform. ” [“‘America Is a Republic, Not a Democracy’ Is a Dangerous—And Wrong—Argument,” The Atlantic].

With this, I agree completely (and I highly recommend reading the entire article). It is time to reform our institutions so that they serve us well as we progress into the future. Remember too that expertise is not elitism.