Love and Service on Maundy Thursday - A Reflection 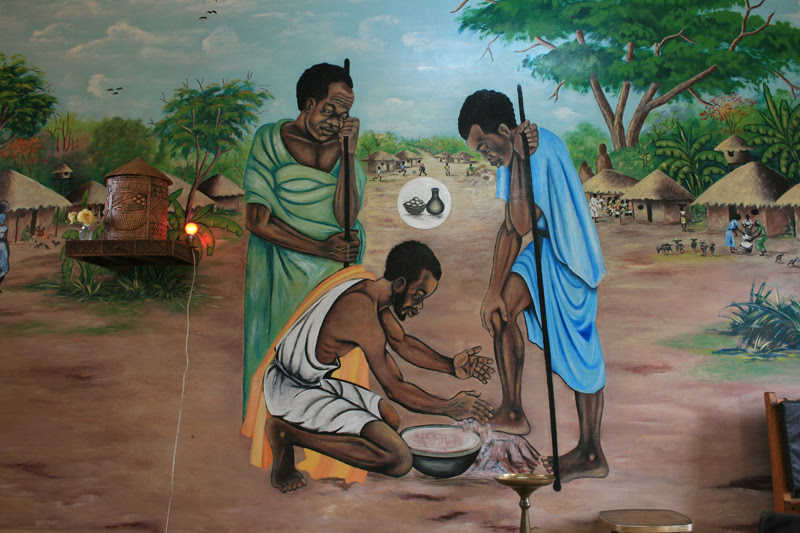 13 Before the Festival of Passover, Jesus knew that his time had come to leave this world and go to the Father. Having loved his own who were in the world, he loved them fully.

2 Jesus and his disciples were sharing the evening meal. The devil had already provoked Judas, Simon Iscariot’s son, to betray Jesus. 3 Jesus knew the Father had given everything into his hands and that he had come from God and was returning to God. 4 So he got up from the table and took off his robes. Picking up a linen towel, he tied it around his waist. 5 Then he poured water into a washbasin and began to wash the disciples’ feet, drying them with the towel he was wearing. 6 When Jesus came to Simon Peter, Peter said to him, “Lord, are you going to wash my feet?”

7 Jesus replied, “You don’t understand what I’m doing now, but you will understand later.”

Jesus replied, “Unless I wash you, you won’t have a place with me.”

9 Simon Peter said, “Lord, not only my feet but also my hands and my head!”

10 Jesus responded, “Those who have bathed need only to have their feet washed, because they are completely clean. You disciples are clean, but not every one of you.” 11 He knew who would betray him. That’s why he said, “Not every one of you is clean.”

12 After he washed the disciples’ feet, he put on his robes and returned to his place at the table. He said to them, “Do you know what I’ve done for you? 13 You call me ‘Teacher’ and ‘Lord,’ and you speak correctly, because I am. 14 If I, your Lord and teacher, have washed your feet, you too must wash each other’s feet. 15 I have given you an example: Just as I have done, you also must do. 16 I assure you, servants aren’t greater than their master, nor are those who are sent greater than the one who sent them. 17 Since you know these things, you will be happy if you do them.

********
It is Maundy Thursday (also known as Holy Thursday). Christians around the globe will be gathering today for services. Because both the Western and Eastern calendars coincide this year, Christians in both East and West, will share in the blessedness that is Holy Week. It is also Passover Week, which means our Jewish cousins are also celebrating a feast of redemption and liberation this week.

Tomorrow will be Good Friday. Christians East and West will remember Christ’s death on a cross. We will attend to the stories of the trial, the torture, and the death of our Savior, Christ the Lord. But for a moment we who are Christians, will gather for a meal, in remembrance of him. The Gospel of John doesn’t have an institution narrative. In fact, in John’s Gospel the meal occurs the night before Passover, not on Passover. So, this is just a meal, but it is a meal with meaning.

After supper, Jesus does something unexpected, at least on the part of a teacher. He got a bowl of water and a towel and began to wash the feet of his disciples. This is something servants do, not masters. But Jesus washed their feet. I’ve been impressed by Pope Francis’ foot washings. In the past, the Popes have washed feet on Maundy Thursday, but they’ve washed the feet of priests. Not so with Francis. He washes the feet of prisoners, women, Muslims. Peter didn’t want Jesus to wash his feet. He didn’t think it was becoming of Jesus, but Jesus insisted, and Peter gave in.

As we contemplate Jesus’ act of service, it might be worthwhile to remember that just a chapter before this, Mary washes his feet with her tears and her hair. Jesus had gone to the home of Mary, her sister Martha, and her brother Lazarus (whom Jesus had raised from the dead – Jn. 11). While Martha made dinner, Mary took a jar of costly ointment, and anointed his feet and wiped them with her hair and her tears. Judas was offended by this, suggesting that it could have been better spent on the poor (or on him). But Jesus said, leave her be because she was preparing him for his burial, an idea that still hadn’t sunk in (Jn.12:1-8). So, Jesus was following Mary’s example of service and love.

Regarding the role of love, we call this evening Maundy Thursday, because of the mandate about love that Jesus gave to the disciples in verses 34-35. The word Maundy is said to be derived from the Latin word mandatum, from which we get the word mandate.  Whatever the etymology of the name, the point is that as Jesus is teaching the disciples, he gives them a new mandate or commandment— “Love each other, as I have loved you.”  If you do this, then the world will know you are my disciples. Yes, when we love each other within the body of Christ, the world outside will know to whom we belong. This is a difficult word to hear, because I’m not sure we’ve fully achieved this vision of Jesus. But our inability to reach the heights of true love, doesn’t mean we don’t try!  For if the world sees us love one another, then maybe they will believe and they will find their way to Jesus’ eternity.

Let us keep the Feast of Love!