How Do You Hear God’s Voice? -- Scripture 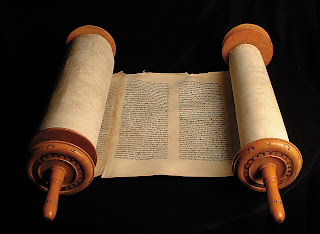 I know what you’re thinking.  This sounds more like a lecture series than a sermon series.  You’re wondering – will he put on his preacher’s hat or his professorial one.  It’s a good question.  Let me try on this professorial hat for a moment.

As I see if this hat fits, I can say that the series is inspired by questions that came up during our “Ask the Pastor” conversation last August. The questions that I hope to address with this series include:  How do we hear God’s voice so we know what we should be and do?   And, how do we actually know if it’s God’s voice or some other voice that we are hearing?

If you read very far into the Bible you quickly discover that it says a lot of different things, and not everything you read seems to carry God’s voice.  So, if God does speak through Scripture, how do we know when it’s God and when it’s not?

Since we’ve been talking about Islam recently with Saeed, we’ve learned something about the Qur’an.   Now, to a Muslim, God dictated the Qur’an to Muhammad.  It contains only one voice and one story, that’s the one God told to Muhammad.  Now, some Christians believe something similar about the Bible, but the Bible is really a very different kind of book.  It contains stories, histories, testimonies, poems and songs, prophecies, and Laws, which were written and compiled over a period of more than a thousand years.  And that took place a very long time ago.  So, if this book is as complex as it seems, how does God speak to us as Christians through it?  And does God use anything else to communicate with us?

As we seek answers to these questions, it’s important to remember that we’re the theological descendants of the Protestant Reformation.  The Reformers wanted to reform the church by going back to the Bible, and they sometimes used a Latin phrase -- Sola Scriptura (Scripture Alone) – to describe how they thought God speaks to the church.

Our Disciple forebearers, feeling the need to push the reform the church even further, tried to restore the New Testament church.

Over these four Sundays of March my sermons will lift up four interrelated ways in which I believe God can speak to us.  Some people call this the Wesleyan Quadrilateral. Although John Wesley, the founder of the Methodist movement,  believed that Scripture had primacy over any other voice, he also believed that if we’re going to truly hear God speak to us, we’ll need other resources as well, and he suggested using Tradition, Reason, and Experience to help us better listen for God’s voice.

This morning we’ll focus on Scripture, and as we do this, I think maybe I’ll take off my professorial hat and try to find my preacher hat.

Luke tells a story in Acts 17 about Paul’s journey through Macedonia and Greece. Whenever he and his colleagues came to a town, he would preach about Jesus’ death and resurrection in the local synagogue.  Unlike some famous evangelists, he wasn’t always that successful.  Some people didn’t even find his sermons all that interesting or compelling.  I guess he was no Fred Craddock!!

But things were different when he arrived at Berea.  Not only were they open to hear what he had to say, they would check the scriptures to see if what he was saying was true. Listen to what Luke has to say about them:


The Beroean Jews were more honorable than those in Thessalonica. This was evident in the great eagerness with which they accepted the word and examined the scriptures each day to see whether Paul and Silas’ teaching was true.  (Acts 17:11 CEB).


They did this, even though they didn’t have their own bibles sitting on their laps.  They couldn’t check out the cross-references on their phones or laptops.

Although they were open to what Paul and Silas had to say, they also wanted to make sure that it was true to the biblical story, which for them was the Greek Old Testament.  And they decided that God was speaking to them.

I think most of us recognize that the Bible is important, even if we don’t read it regularly.  There’s something special about this book, which is why people started swearing oaths on it, even though Jesus told people not to swear oaths by heaven or the Temple.  When I read Jesus’ statements about oaths, I’m not sure God likes this practice, but it’s understandable.

While Billy Graham uses the phrase “The Bible Says,” I think it’s better to say:  “the Bible reads.”
When we read the Bible, we bring a lot of baggage with us.  We bring our culture, our traditions, and our experiences to the table.  The writers of these texts we call scripture brought their cultures, traditions and experiences to the table as well.  So, it’s really not as simple as “the Bible says,” is it?


33 God isn’t a God of disorder but of peace. Like in all the churches of God’s people, 34 the women should be quiet during the meeting. They are not allowed to talk. Instead, they need to get under control, just as the Law says.

I’m not sure which Law Paul has in mind, but I am sure that there are many women here today who don’t hear God speaking to them through these verses.  God might desire order, but keeping women quiet won’t bring peace in this day and age!!

We sometimes call Scripture the Word of God, but how is it a word from God to us?

Karl Barth said that the Bible is the Word of God when it points us to Jesus, who, according to John 1, is the Word of God in the flesh.  And in our scripture for today, Timothy is commended because “since childhood you have known the Holy Scriptures that help you to be wise in a way that leads to salvation through faith that is in Christ Jesus (2 Tim. 3:16 CEB).  And, if you search for the word “Scripture” in an online concordance, you’ll find that most of the New Testament references point to Jesus, who according to the texts “fulfills the scripture . . .”  That’s what the Bereans were looking for as the checked out what Paul was saying.  The question is:   Do we check the scriptures?   And if we do, what do we hear?

Scripture tells a story, and we’re part of it.  Even though not everything in this book applies to our lives, the point is – it tells us how God’s love is steadfast and that it is embodied for us by Jesus, who is the Word of God in the flesh.

In 2 Timothy 3, in a letter written sometime late in the first century under Paul’s name to a young pastor that the letter addresses as Timothy, we’re told that Scripture is “inspired by God.”  That is, it’s “God-breathed,” which, if I read the creation story correctly, means that this story carries the life-force, the breath, of God to us, so that we might live in the presence of God.

If we receive this God-breathed word, the letter says, it will teach us, it will show us our mistakes, offer us a word of correction, and train our character.  In other words, Scripture is a very practical story, because if we can hear within its words the voice of God, then God will use them to form us into children of God who are equipped to do that which is good in the world.

Or, as J.B. Phillips translation puts it:


The Scriptures are the comprehensive equipment of the man of God and fit him for all branches of his work.

This translation may lack gender inclusivity, but it catches the spirit of the passage.  The scriptures provide us with “comprehensive equipment,” so we’ll be prepared to share in the work of God in the world.

Scripture is, according to the teaching of the church, the Word of God written.  It tells a story into which we’ve been written, and it provides us with the equipment so that we can live lives that reflect God’s vision for the world.  But, if we’re to truly hear this  Word from God, we may need some other resources, like Tradition, Reason, and Experience.

Having considered Scripture, next Sunday we’ll focus our attention on the Tradition part of the equation!