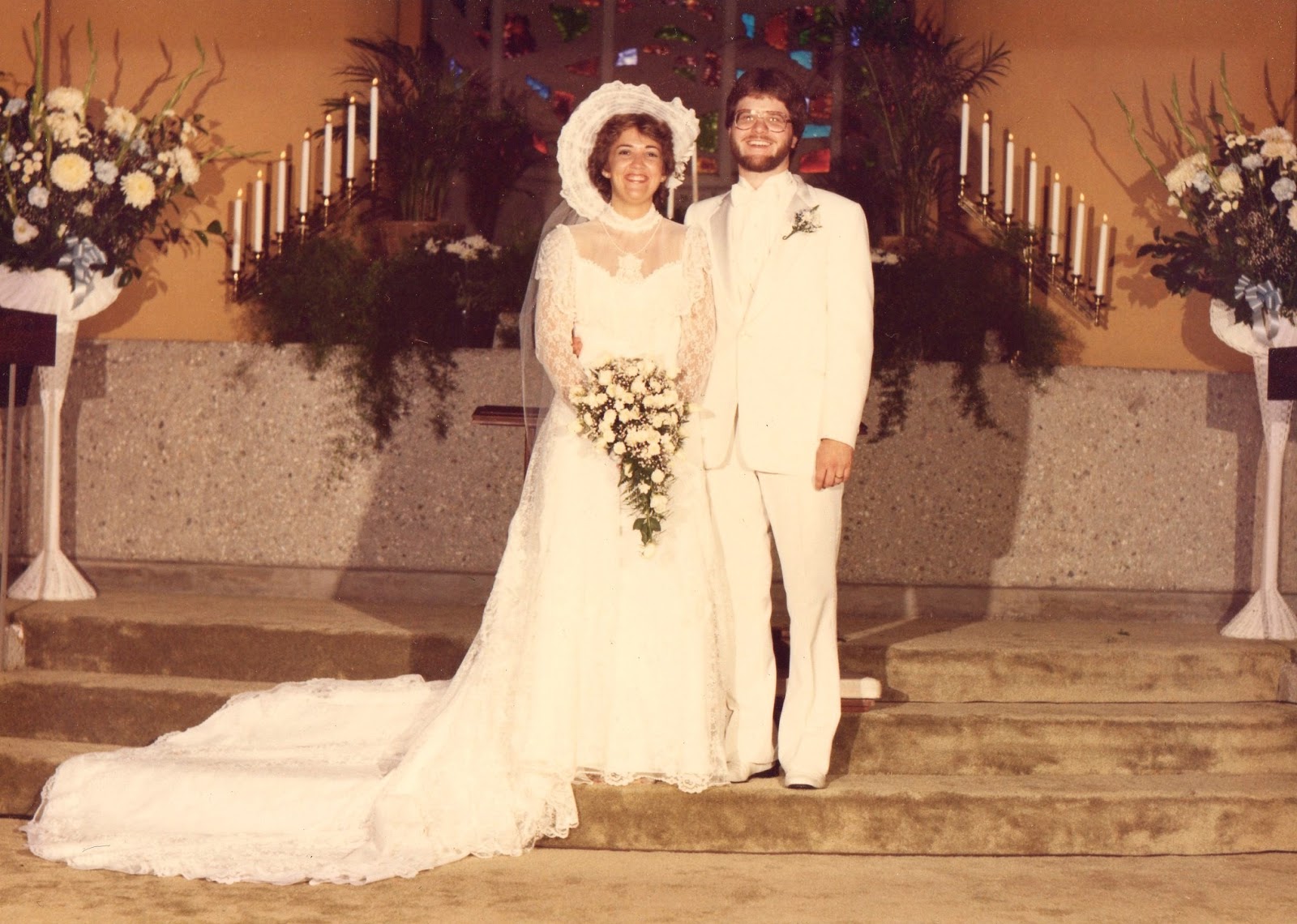 Why do people get married?  Is because we have a biological need to procreate?  Of course, one needn’t be married to procreate.  Is it because children need two parents to grow up into productive members of the community?  If so, then why do people who are past child-bearing years or who have no intention of having children marry?
In Genesis 2, which provides us with a second creation story, there is a possible answer to the question – why do people get married?  According Genesis 2, God after creates the man, puts him in the Garden, and gives him some instructions (don’t eat of the Tree of Knowledge), God notices that “it is not good that the man should be alone.”   God discerns that the man needs a partner who is fit to him, and God is not that partner.

This is an important recognition on God’s part, because for the first time in the creation story, God discovers that something isn’t right.  After every previous act of creation, God has pronounced it to be good.  That includes the creation of the man.  This time, God cannot say this.  Being alone is not good for the man, and so God sets out to rectify the situation.

Wanting to make sure that everything is good, God goes back to the drawing board.  The first attempt to solve this problem entailed creating non-human creatures.  The man gives each creature that God presents to him with a name, but none of these creatures – living on land or in the air – is that fit companion for the man.  The man remains alone and incomplete.

Since nothing that God has presented to the man will suffice, God must start fresh.  This time God puts the man into a deep sleep, takes a rib, and fashions the rib into a new being – the woman.  When God presents the woman to the man, the man shouts with joy:

“This at last is bone of my bones and flesh of my flesh; this one shall be called Woman (ishshah), for out of Man (ish) this one was taken.”

The passage continues in a way that is often repeated at weddings – “therefore a man leaves his father and his mother and clings to his wife, and they become one flesh” (Gen. 2:24).

Nothing is said here about reproduction or about being fruitful and multiplying.  In fact nothing is said about sex at all.  It is simply that this woman is a fit companion who shares the same substance with the man.  As a result, they can enter into a covenant relationship.

After the man affirms this gift of God, the author writes that the two leave behind their parents and are joined together as one flesh.  We have often understood this statement about being of “one flesh” in sexual terms.  That is, they are joined together sexually.  In many cultures if two people do not consummate the marriage sexually, they are not considered married.  Or, in other cultures – if you engage in sexual activity with a person you are deemed to be married to them.  Obviously, in our culture the latter is not the case.

What does it mean to be “one flesh?”  It could mean sharing sexual intimacy, and most marriages include sexuality.  In fact, conversations about marriage raise the question of whether or not there is a proper sphere for sexual activity.  We read in the Bible about adultery, which involves breaking a covenant relationship to engage in sexual activities outside one’s marriage relationship, and fornication, which can be seen as engaging in promiscuous sexual activity.  Although change is occurring, traditionally any sexual activity outside marriage was considered inappropriate.

But does “one flesh” refer specifically to sexual intimacy?  William Stacy Johnson believes that such an interpretation is too narrow an interpretation.  He suggests that what this means is that the two become one family.  This leaving one’s family of origin and joining with another is a shift in allegiance.  Therefore, “the intensity of marital “cleaving” no doubt flows in part from the natural, erotic desire that exists between a man and a woman in love.  Nevertheless, there is more to it than that, as the story of Ruth makes clear” [Johnson, A Time to Embrace: Same-Sex Relationships in Religion, Law, and Politics, 2nd edition, p. 151.]  In the story of Ruth, a Moabite woman refuses to “leave” (‘azab) behind her mother-in-law, and insists on “cleaving” (dabaq) to Naomi.  This isn’t a sexual relationship, but it is a transition in familial relationships.  The question then is this – must every family relationship involve a man and a woman, or could there be other forms, some of which do not involve sexual intimacy?

If Genesis 2 speaks of the importance or necessity of human companionship, does this mean that one is incomplete as a human being if one is not married?    That is, can one be single and still be fully human?  This is an important question that needs attention because often in our churches married life is deemed normative, and therefore to not be married is to live outside the expected norms.  This reality can make church a difficult place to be if one is not married.  What happens is that we become a community of “pairs and spares.”  But, if we can take Genesis 2 as speaking to marriage, but not being tied to marriage, then can we not think of family in a variety of ways?

As we ask these questions, we must also face the question that is so pertinent in our day – does  the fact that Genesis 2 speaks here in terms of gender differentiation here mean that the only fit partner is a person of the opposite gender?   If this is true, that what do we say to persons whose attractions are for someone of the same gender and not the opposite gender?  Is it possible for that fit partner and companion to be a person of the same gender, with whom a person desires to enter a covenant relationship with?  There are those who answer no to the question.  Others, with greater frequency, are saying yes.

The issue here is one of particularity.  Does the fact that when the biblical authors speak of marriage, they speak in terms of male-female relationships mean that this is the only possible pattern?  Are we limited by social norms present among those who gave us the biblical story?  After all, in the Hebrew Bible there a number of persons living in polygamous marriages.   That the culture has apparently changed by the first century doesn’t mean that official rules against polygamy were issued.

This is a question that remains under discussion.  My own feeling is that what is said here of a male-female partnership, could be said of committed covenanted same-gender relationships. The particularity of the language in the Bible reflects cultural norms.  Those norms are changing, so should we change with them?