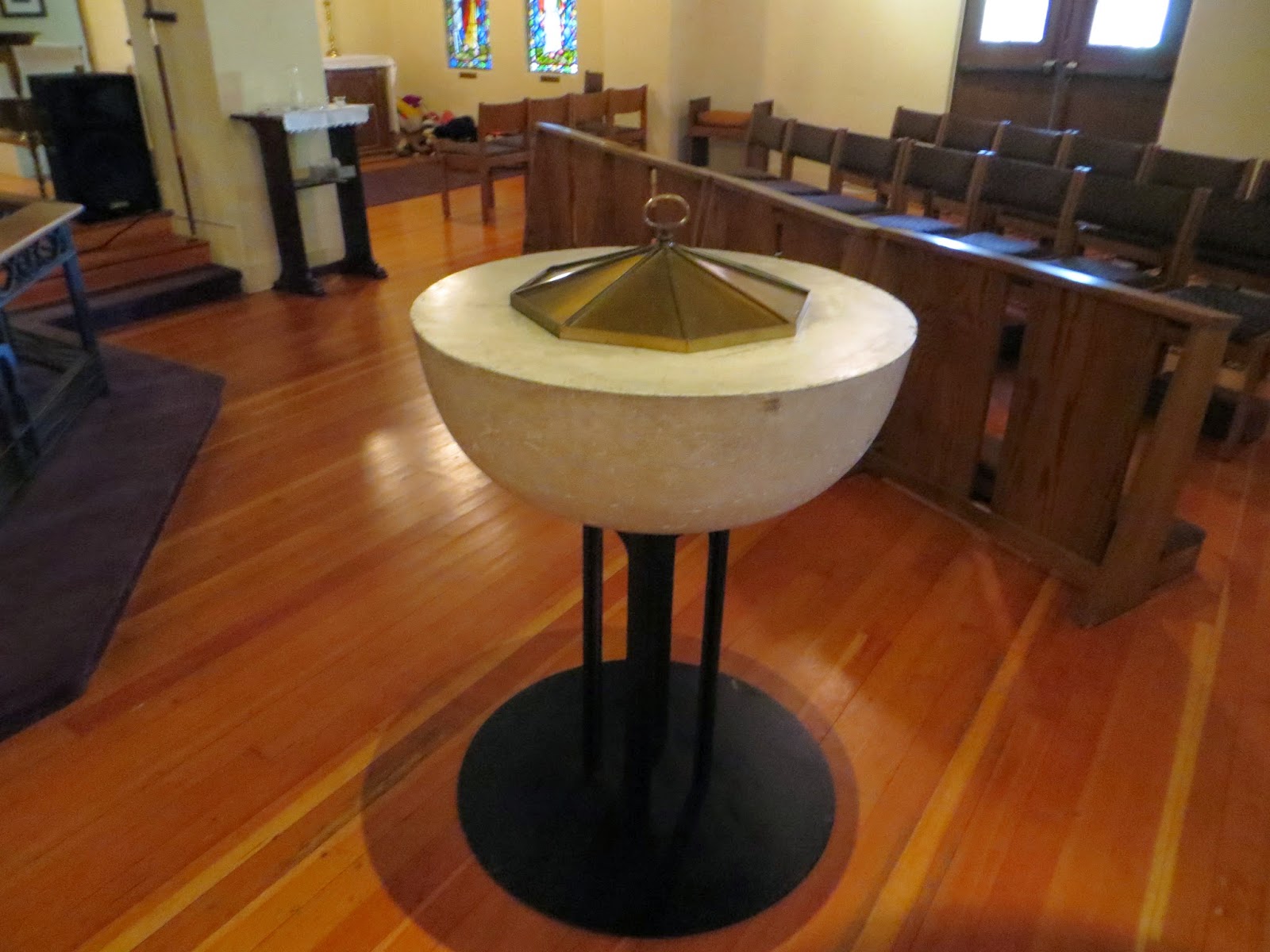 25 Now there was a man in Jerusalem whose name was Simeon; this man was righteous and devout, looking forward to the consolation of Israel, and the Holy Spirit rested on him. 26 It had been revealed to him by the Holy Spirit that he would not see death before he had seen the Lord’s Messiah. 27 Guided by the Spirit, Simeon came into the temple; and when the parents brought in the child Jesus, to do for him what was customary under the law, 28 Simeon took him in his arms and praised God, saying,

29 “Master, now you are dismissing your servant in peace,
according to your word;
30 for my eyes have seen your salvation,
31     which you have prepared in the presence of all peoples,
32 a light for revelation to the Gentiles
and for glory to your people Israel.”

33 And the child’s father and mother were amazed at what was being said about him. 34 Then Simeon blessed them and said to his mother Mary, “This child is destined for the falling and the rising of many in Israel, and to be a sign that will be opposed 35 so that the inner thoughts of many will be revealed—and a sword will pierce your own soul too.”


36 There was also a prophet, Anna the daughter of Phanuel, of the tribe of Asher. She was of a great age, having lived with her husband seven years after her marriage, 37 then as a widow to the age of eighty-four. She never left the temple but worshiped there with fasting and prayer night and day. 38 At that moment she came, and began to praise God and to speak about the child to all who were looking for the redemption of Jerusalem.

39 When they had finished everything required by the law of the Lord, they returned to Galilee, to their own town of Nazareth. 40 The child grew and became strong, filled with wisdom; and the favor of God was upon him.

It was a great day for Cheryl and me when we took Brett to church to dedicate him to God.  In the Disciples we don’t baptize infants, but we do provide the opportunity for children and their parents to bless and be blessed for the journey ahead.  Family and friends gathered along the church to make known the intention that this child would be raised in the Christian faith and that we were requesting the church and our family friends to help us make this happen.  Many years prior to that day, my own parents had taken me to St. Luke’s of the Mountains Episcopal Church in LaCrescenta, California to have me baptized.  Being an Episcopal Church water was placed on my forehead as a sign that I was blessed by God.  My parents and the godparents who stood with them pledged to provide me with a Christian upbringing.  My experience and Brett’s experience are common to many who have traversed the journey of faith.  I would later be confirmed (and in my case rebaptized) and Brett would be baptized in affirmation of promises made earlier in life.  Of course, these affirmations were made relatively early in our adolescence and so the nature of the commitments have their own dimensions.  But the point here is that parents followed the directives of their faith and committed their children to God’s care and called upon the community to help raise them in the faith.

On this first Sunday after Christmas, as the church re-gathers having met the child born in Bethlehem on Christmas Eve/Christmas Day, we hear the story of another parental act of dedication.  According to Luke it was the expectation that an act of purification would be undertaken by the parents and that the first born would be dedicated to God – as was stipulated in the Law of Moses.  Texts like Leviticus 12:1-8 speak of an offering/sacrifice of purification as an atonement or act of restoration when birth occurs.  In these cases the issue was holiness, and it is this need that brings the young couple to the Temple in Jerusalem.  But what happens next has little to do with purification and much to do with dedication.  After all, according to the story this child was holy from conception.  There was no stain to be dealt with.  But they fulfilled the expectations of their religion.

As Mary and Joseph emerged from the Temple, having made their sacrifices and dedicating Jesus to God, they are met by two elderly people – a man and a woman.  Both had spent years in the Temple precincts waiting to see the revelation of God’s anointed.  They came as witnesses to revelation.  Now, one would assume from the story line to this point that Mary and Joseph had an inkling about the identity of their child.  After all there had been angelic visitations, the confirmation of Mary’s cousin Elizabeth and the child in her womb, along with the shepherd’s witness.  Now came another set of witnesses.

The first witness to meet them was an elderly man named Simeon.  Simeon, according to Luke, “was righteous and devout.”  He had been “looking forward to the consolation of Israel.”  Not only that, but the “Holy Spirit rested on him.”  Yes, the same Holy Spirit who had brought Jesus into existence and who would alight on Jesus at his baptism, rested on this man.  In other words, this was a Spirit-filled man, who had received a vision that he would not die until he had seen the Lord’s Messiah.  Luke says that the spirit led him to the Temple that day, and when he saw Jesus he took him up in his arms.

The words he spoke are important:

Master, now you are dismissing your servant in peace, according to your word;
For my eyes have seen your salvation, which you have prepared in the presence of all peoples.

The prayer or song that he offered up at that moment is known as the nunc dimitis.”  It is a core component of Christian worship – the foundation of the benediction.   He is ready for the dismissal – for the next chapter in the story.  But he is a witness to the revelation of God’s anointed.  He pronounces a blessing, commissioning this young child for a ministry of great importance.  At the same time he gives guidance and direction to the parents.  As with the baptism and dedication services, a future calling is revealed.

And what is this calling?  This one is called to be the means of salvation for all peoples.  Indeed, this child is to be “a light for revelation to the Gentiles and for glory to your people Israel” (vs. 31-32). Of course, for Luke this is an important point, for his gospel is focused on the task of carrying the message of Jesus from Jerusalem to the ends of the earth (Acts 1:8).  In Luke’s telling of the story, God’s vision begins within Israel, but this is the center not the boundary.  So, even though this child may be called to sit on David’s throne (Luke 1:32), the borders of his realm extend to the ends of the earth.

But Simeon must give the parents a warning.  The way forward will not be easy.  “The child is destined for the falling and the rising of many in Israel.”  There will be opposition.  In the end – in a word to Mary – “a sword will pierce your own soul too.”  Reading this story from the perspective of ones who know the ending, we can understand the point – Mary’s heart will be broken at the sight of the death of her child, and the death of one’s child is always traumatic.  Such is Mary’s own destiny.  There is joy to be experienced, but there will be great sadness as well.

The second witness is Anna.  While Simeon offers the blessing and gives the commission, Anna, who has lived in the Temple precincts almost the entirety of her adult life, is a prophet.  She is the spokesperson for God.  In this case, her prophetic ministry means being the evangelist.  Luke tells us that Anna worshiped in the Temple with fasting and prayer – night and day.  In other words, she would have been well known for holiness.  Her witness carried extra weight among those who frequented the Temple.  On that day, Anna began to lift up praise to God and proclaim to all in the area that this child being carried through the Temple precincts was the one they were looking for.  He was the redemption of Jerusalem.  Yes, this is the Messiah, the anointed one of God.

Although the lectionary reading ends with Anna’s witness, it should be noted that from there the family returned to Nazareth and to a normal life.  There would be one more account of this child’s life before his baptism by John – a visit to the Temple at the age of twelve, the age when a child in modern Judaism at least is dedicated to life in the faith (Bar Mitzvah/Bath Mitzvah).

As we gather on the Sunday after Christmas, having heard these two witnesses, perhaps we might hear a calling of our own.  We too are called to be witnesses to this one who reveals the person and purpose of God to creation.  That is, we have been dismissed into the world, so as to bring good news to all creation.  As Joyce Ann Zimmerman puts it:

Worship cannot be contained within walls, but bursts out in two ways:  in making a difference in the daily living of the worshipers, and in compelling worshipers to speak (by word and deed) the Good news. [Worship with Gladness: Understanding Worship from the Heart (Calvin Institute of Christian Worship (CICW)), p. 116].

And so it is – the message of Christmas goes with us, bearing witness to the work of God in Christ through the Holy Spirit, Amen!
Email Post
Labels: Baptism Christmas Dedication Gospel of Luke Lectionary Mission Reflections Revelation Simeon and Anna Witness Worship