READING THE PARABLES: Interpretation: Resources for the Use of Scripture in the Church.  By Richard Lischer.  Louisville:  Westminster John Knox Press, 2014.  Xii + 195 pages. 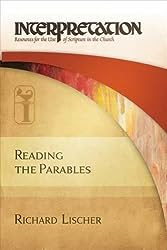 Jesus was a story-telling preacher.  In the Synoptic Gospels (Matthew, Mark, Luke) these stories come in the form of parables.  Since modern preachers often use stories as illustrations, it is easy to envision Jesus’ parables as illustrations that help his audience understand his message – something preachers do.  In the case of the parables, however, they aren’t simply illustrations, they are the bearers of revelation – though sometimes that message obscured as much as it revealed.  Because we receive these parables from three sources, the sources themselves color the way they are to be read.  In other words, parables are more than stories!

Christians reading parables today live in a very world from the one in which the parables originated.  Despite the differences in culture and social understandings, we continue to see a word from God coming through them.  The question we face concerns how we should interpret them.  The answer to that question is important for contemporary preachers, like myself, who often turn to them as sermon texts.  Our task is to take these ancient stories and discern their message for our 21st century world.

There is no shortage of books on the parables.  Numerous scholars have chosen to focus their attention on them, focusing historical-critical tools on them hoping to get back to the author’s original intent – be that Jesus or the Gospel writers.  In addition, scholars of preaching have sought to find ways of bridging the original intent with modern concerns.  In our day it is often believed that the readings of Christians living between the first century and the modern era have little to say to us, but such is not the view of the author of this book.  While taking into consideration the findings of contemporary biblical scholars, Richard Lischer desires that we listen to the voices of a broader community of witnesses as we seek to find a word in these parables for today.

Richard Lischer is a teacher of preachers at Duke Divinity School and the author of numerous books on preaching and ministry.  With this background, he writes for the preacher, understanding that the preacher needs to not only be able to interpret the parables in their original context, but also build a bridge into the present so that the stories can be truly revelatory in a particular time and place.  This is important to remember, and something we preachers sometimes forget, our context and the moment itself plays a significant role in how a text is engaged in a sermon.  With this in mind, it is good to know that Lischer does not count himself among those who believe that parables have but one meaning.  There is the meaning that Jesus may have accorded the story, the meaning that the evangelist (writer of the gospel) gave to it, the way it has been interpreted in history, as well as the way in which we might feel the story should be understood in a particular time and place.  It is not that a text can be interpreted in any way that we desire, but the moment will determine the way in which we approach the text.

Although this book appears in a series that carries the name Interpretation: Resources for the Use of Scripture in the Church, Lischer prefers to use the word “reading” rather than “interpreting.”  He makes this choice because, in his mind, the word interpretation often conveys the sense of a fixed definition.  The use of the word “reading” serves to remind us “that no parable of Jesus has ever found its definitive, unassailable interpretation" (p. 2). With the medieval and postmodern interpreters, Lischer insists that no parable has one fixed meaning, but is capable of being read (as has been true down through history) in a variety of ways.  In other words, Lischer raises the question of whether we are limited to a specific, historical-critical determined meaning, or whether we might we follow the lead of interpreters like Augustine or Luther and take very different views of the meanings of texts.  This includes allegory.  After all, Jesus himself offered an allegorical interpretation of the parable of the sower.  So, it seems that an allegorical interpretation is in order, but it needn’t be the only way of reading a parable.

The book is divided into six chapters, each of which helps us understand parables and the ways in which they have been read and might be read now and in the future.  Lischer begins with providing an introduction to parables, including definitions of the various forms the parables take and the important question of the relationship of parables to the message of the kingdom.  As part of this opening section he ideals with the types of parables found in the gospels and their social setting.  With regard to types, that include similitudes, example stories, and allegories.

Having offered the reader an introduction to the parables, he moves on to the core question of the book – how we read these stories.  He suggests that there are at least four theories of reading.  The first theory suggests that parables obscure truth.  Only those on the inside will be allowed to understand the meaning of the text.  Think of how Jesus explains the meaning of the parable of the sower to the disciples who can’t figure out what Jesus means.  In other words, Jesus isn’t just using stories to help people better understand God’s message, he’s using them to obscure that truth.  A second theory suggests that parables can teach many truths context ancient and modern influencing the way they are read.  This view undergirds the use of the allegorical method – but it’s not the only method of reading that lends itself to multiple meanings.  Of course, not everyone would agree.  Some interpreters, insist that every text has but one meaning, the one assigned by the original author.  Our job is to discover that truth and convey it today. As he notes many of the parables resist being interpreted/read in just one way.  Finally, a growing number of interpreters, including John Dominic Crossan, suggest that parables undermine accepted “truth.”

Having laid out the four theories, Lischer then shows us the ways in which Matthew, Mark, and Luke read the parables of Jesus.  That is, it is helpful to see how the Gospel writers themselves interpreted the parables, many of which appear in multiple gospels by play different roles in each.  Lischer notes that while Mark tends to read the parables through an eschatological lens, with the emphasis being on Jesus’ deeds, Matthew reads them in a more ecclesiological/didactic way, using them as lessons for his own church.  Luke reads them in a still different way – a more missiological manner.  Each of the gospels has its own agenda that frames the stories, providing them with distinctive characteristics.  Taken together, Lischer writes that “the Gospels’ portrait of Jesus is sufficiently thick and real as to render a figure who was a historical person, and is a life-giving presence among us” (p. 111).

Lischer moves next to the way in which the parables impact the present and future.  That is, the way in which they continue to speak about important aspects of life (chapter 4).  In this chapter he brings into the conversation other parable writers including Kafka and Kierkegaard.  In this chapter Lischer speaks of Derangements, the Surreal, and Occlusions.  From these more existential readings, he turns to the way in which the parables are read by the poor (chapter 5).  He looks specifically at texts that speak to economic realities and these realities influence our readings.  He notes that the parable of the vineyard (Matthew 20:1-16) has provoked interesting interpretations, including social/political ones.  Questions about the identity of the owner, the slaves, and more are raised.  The question that interpreters face is whether the meaning is simply political or is it theological.  Our own perspectives will influence readings, but ultimately the church is the key to interpreting these parables.

This leads to the final chapter, in which Lischer takes the parable of the Good Samaritan and shows how Augustine, Julian of Norwich, Luther, Calvin, Martin Luther King, and the community of Solentiname (Nicaragua) read the parables. This last chapter is quite fascinating as it illustrates how one parable can elicit a wide variety of readings.  Augustine reads the parable Christologically, with the Samaritan standing in for Jesus who saves the man in the ditch.  Julian of Norwich, on the other hand, reads it mystically, with Jesus being the man in the ditch.  Turning to Luther, who reads it evangelically (and allegorically) and uses the parable to lay out a summary of the gospel.  John Calvin on the other hand reads it didactically, using it to teach the principle of neighborliness.  Martin Luther King, who turned to this parable on several occasions, tended to read it morally, focusing on racism and war.  Finally, the community of Solentiname read it politically and eschatologically, seeing it as both a commentary on authoritarian regimes (Somoza) and as the promise of a better future.   One parable – a myriad of readings.

Speaking from the perspective of the preacher, this is a most wonderful book.  Not only does it give instruction on how to read the parables, but it frees us from becoming slaves to just one interpretation.  Lischer reminds us that God continues to speak through these words in the contemporary context.  There are more in-depth treatments of the parables available, but this book might be the most useful text that I know of for reading the parables with preaching in mind.  Lischer invites us to consider the different ways of reading the parables without suggesting that any and all readings are equally valid.  Our readings of the parables must be undertaken with a great deal of discernment – being aware of original contexts, contemporary contexts, and the way texts have been read in history.  It is also a reminder of the importance of reading the parables in the context of worship and community – and community is not just the one we live in the here and now, but the community of all the saints.  I know that will be turning to this book often in the years to come as I engage the parables, and so I commend this book to the community of preachers.  They will be blessed, as will the communities they are called to as preachers!
Email Post
Labels: biblical interpretation Good Samaritan History Parables Preaching Reviews Richard Lischer Tradition