No Prerequisites -- Baptism and the Realm of God 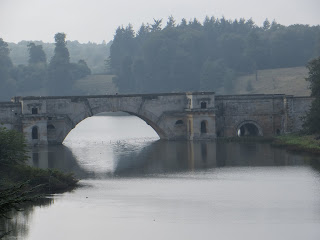 We like prerequisites. It happens in school and in the church. You have to pass these tests before you can move on. For some in the Galatian Church (or perhaps persons coming from outside) circumcision was to be the prerequisite. That is, you needed to become a law-observing Jew before you could become a Christian. That wasn't Paul's message, however. He didn't reject his Jewish heritage, but when preaching to Gentiles he insisted that baptism was sufficient.  But more than that, he also rejected the idea that Christianity was open only to those who were free (and not slaves). Socio-economic status didn't matter.  A final reference was made to the status of women. Christianity wasn't to be a sect open only to men, making it necessary for women to become men before being welcomed.  You might wonder about the latter, but that was the belief of some. Consider the final verse of the Gospel of Thomas, an early Gnostic text:

(114) Simon Peter said to him, "Let Mary leave us, for women are not worthy of life."
Jesus said, "I myself shall lead her in order to make her male, so that she too may become a living spirit resembling you males. For every woman who will make herself male will enter the kingdom of heaven."

In our day some would extend this to lesbian and gay persons -- if you want salvation you've got to change to straight first.

Karl Barth offers this perspective on all this, in his reflection on the words of Galatians 3:27-28.

In the light of their baptism it is said to  them that their freedom when grasping the promise, they received baptism, was grounded not only their faith, but ontically. On the basis of a specific happening they are the children of God, they are all one as those who belong to Christ -- not Hellenes as distinct from Jews, under no obligation to become Jews first, just as slaves do not have to become free or men women or vice versa. As those they are, they are all Abraham's seed, heirs of the promise given to them and now fulfilled. They believe as people who are all these things. They are all these things because they are in Christ Jesus (v. 26, 28). There are in Him they have put Him on, as in virtue of His intercession for them they have been set directly in the sphere of His dominion, of the dynamically advancing law of His life, of his Spire, as they ave become new and different men. This is what is said to them in the light of the fact that they have had themselves baptised. [Karl Barth: Preaching through the Christian Year, (Eerdmans, 1978), p. 222].

Barth argues that according to Paul baptism replaces circumcision as the rite of initiation, which was important in that most Greeks would not allow themselves to be circumcised. There are no prerequisites, except to receive in faith the symbol of baptism.  It seems as if we like to make it hard for someone to enter fellowship with God. I wonder why?
Email Post
Labels: Baptism Circumcision faith Gospel of Thomas Karl Barth Realm of God Salvation