Disciples and Eschatology Part 2 -- The Kingdom of God 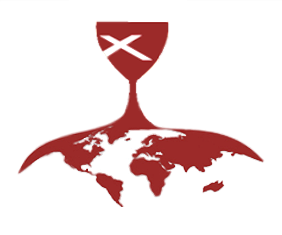 Note: This is the second of three posts exploring Eschatology in a Disciples of Christ context. Part 3 will appear next week.

The realm of God stands at the center of Jesus’ preaching. As Mark puts it, after his temptation in the wilderness and the arrest of John the Baptist, “Jesus came into Galilee, proclaiming the goodness of God, and saying, ‘The time is fulfilled, and the kingdom of God has come near; repent and believe in the good news’” (Mark 1:14-15). The kingdom has come near, so repent and believe the good news. When those who heard this good news joined his band of disciples, they asked him to teach them how to pray. The result is the prayer that so many Christians recite each week. As we pray the Lord’s Prayer, ask that God’s kingdom will come into our midst, and as we make this request, we are, I believe, pledging our allegiance to God our King. We make this pledge of allegiance, even as a competing realm (that of Rome) is demanding allegiance [Cornwall, Ultimate Allegiance: The Subversive Natureof the Lord’s Prayer, pp. 15-18].

Kingdom language dominates the New Testament, reflecting language from the Old Testament. But, what do we mean by the kingdom of God?  As we ponder this question, another question emerges. That question has to do with the words we use to refer to the Kingdom or realm of God. Should we replace kingdom language with language of the realm, because it is less patriarchal. Yes, the first century was a patriarchal age, but we live in the twenty-first century. With monarchy on the wane, might we replace monarchical language with more democratic language, like the Presidency of God?  After all, we now live in a world of liberal democracy, how can we affirm monarchy in religion when we reject it in politics?  These are good questions, but since the biblical texts use this kind of language, it would be fruitful to try to understand what is meant by the term kingdom, even as we seek to bring the idea into the present.

The Greek word that is translated in our New Testaments as kingdom is Basilieia. Thus, the phrase kingdom of God can be written as basileia tou theou.  Scholars are not in agreement as to the meaning of the term in the biblical context. Some ask whether this kingdom should be even discussed in an eschatological context.  That is, could it be that the kingdom of God is already with us?  George Ladd, for instance, suggested that the Hebrew word for kingdom (malkuth) has an "abstract dynamic" sense, and therefore, as an active verb, its meaning of reign, rule, dominion, can have both a present and a future sense.  The Psalmist, for example, writes: “The Lord has established his throne in the heavens, and his kingdom rules over all” (Ps. 103:19). Later Judaism, together with the New Testament writers used kingdom language in a way that carried with it the idea of God’s present sovereignty (Lk 19:12; 23:42; Jn. 18:36). Ladd notes that in the Lord's prayer, when we pray the phrase "thy kingdom come" has the sense of God's rule being "perfectly realized" (Mt. 6:10). [George Ladd, A Theology of the New Testament, (Grand Rapids: Eerdmans, 1974), p. 63].

As we think about the kingdom imagery, there is another dynamic that needs to be lifted up. Too often we simply think of this as a future, otherworldly event.  But, there is every reason for us to affirm God’s present reign, and its implications for life in the present. It is in this context that Marcus Borg reminds us that the biblical message is not just personal and spiritual, it is also political. Therefore, what we say about God’s kingdom speaks to how we live in this world. Unfortunately, due to the Constantinian-embrace of Christianity, it has been too easy to link Christianity and the dominant culture. What this means is that we tend to miss the Bible’s radical criticism of our social order. Thus, God’s justice is seen as punishment for personal sin, and not a concern for structures in society [Marcus Borg, The Heart of Christianity, (San Francisco: HarperSanFrancisco, 2003), pp. 126ff].

Kingdom language is very much present in the New Testament.  It is central to Jesus’s message in the synoptic gospels. In these texts, Jesus gives a twist to a typical Jewish understanding of the kingdom of that era. Ethnic nationalism is replaced by the introduction of a new world order. There is also an eschatological dualism that allows for the language to be applied to both the present and the future. In the present tense, God is reigning over history, but the messianic claims of Jesus point to something that is clearly future in tense.  We see in Jesus teachings, as presented in the Gospels, that he understood himself to be the promised messiah (Isaiah 61:1-2—Lk 4:21; and Isaiah 35:5-6—Mt. 11:2-6). On the other hand, there is also the sense in the New Testament that the kingdom will come in its fullness in the future—when God’s reign will be revealed to all.  At that time, devil and his angels will be destroyed (Mt. 25:41); a redeemed society without mixture of evil will be established (Mt. 13:36-43), and we will enjoy fully the messianic feast (Lk. 13: 28-29). Thus, it is both now and not yet—God is both the reigning monarch and is becoming the reigning monarch. [Ladd, Theology of the New Testament, pp. 64-67].

The question for the church today, is whether there is a connection between the visible church and the realm of God, over which God is already reigning, as George Ladd suggests? Alexander Campbell was one who envisioned the visible church as an expression of God’s reign, with the New Testament being its constitution. Clark Gilpin suggests that Campbell’s vision of the “church as a constitutional monarchy stood in the tradition of covenant theology, which asserted that the order of human history, indeed of the entire cosmos, was suspended upon the unfailing promises of the sovereign God.” Campbell understood history in terms of a series of covenants, leading to the New Testament era. As Gilpin notes, Campbell understood the church to be a harbinger of this millennial reign of God. [“The Integrity of the Church: The Communal Theology of the Disciples of Christ,” in Classic Themes of Disciples Theology, Kenneth Lawrence, ed., (Fort Worth: TCU Press, 1986), 33-37]. This millennial vision is expressed missionally, and for Disciples this mission expressed ecumenically. The commitment to unity among Christians is understood to be a means of moving toward the full expression of God’s realm. Indeed, it includes a call to move beyond “intra-faith” unity toward “interfaith unity.” Michael Kinnamon and Jan Linn ask Disciples to consider whether we are “ready to accept that the validity of Christianity does not depend upon the invalidity of other religious traditions? Are we willing to acknowledge that we can tell the truth we know without claiming to know all the truth there is?” (Kinnamon and Linn, Disciples, p. 92].
Email Post
Labels: Alexander Campbell Disciples Theology Eschatology Kingdom of God Michael Kinnamon Reign of God Ultimate Allegiance