God Speaks—Is Anyone Listening? -- A Lectionary Reflection for Epiphany 2B (1 Samuel 3) 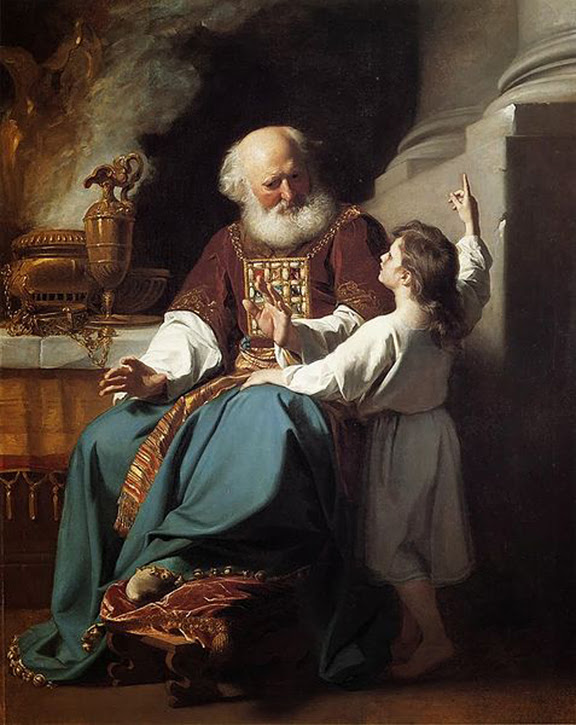 3 Now the boy Samuel was ministering to the Lord under Eli. The word of the Lord was rare in those days; visions were not widespread.

10 Now the Lord came and stood there, calling as before, “Samuel! Samuel!” And Samuel said, “Speak, for your servant is listening.”

********************
If God were to speak to you, would recognize God’s voice? In other words, would you be listening close enough to hear a voice that you might connect with God? Should we even expect God to speak anew? In some parts of the Christian community it is believed that God finished communicating with humanity, at least verbally, once the New Testament came into being. As we consider the question of whether we should expect to hear from God, we have before us this word from 1 Samuel 3, the first verse of which reads: “The word of the Lord was rare in those days; visions were not widespread.” Why was that? And, is our day any different?

Contextually, we encounter a young boy named Samuel, who is serving in the Temple at Shiloh, assisting the High Priest, Eli. Samuel had been delivered to Eli’s care, because his mother, Hannah, had promised God that if God provided her a child, thus removing her shame as a barren woman, she would give that child over to God’s service. Having taken up residence with Eli, at Shiloh, one of the early Israelite religious centers prior to David’s establishment of Jerusalem as the national capital and religious center, Samuel hears a voice calling out to him as he slept in the Temple. In verse 3, we read these revealing words, words appropriate for Epiphany, “the lamp of God had not yet gone out.” In other words, even though Eli’s eyesight was growing dim, and thus could no longer recognize God’s presence, there was still hope that things could turn around. The lamp that hadn’t gone out, was the lamp that would shine on Samuel.

When Samuel heard his name called, he assumed that the one calling him was Eli. Rightfully, he went to his mentor and asked what Eli wanted, but Eli hadn’t called him. So, he went back to bed, figuring that he was just hearing things. No one was there, or so it seemed. This happens several times, and finally Eli realizes that God is speaking. So, Eli instructs his young apprentice to respond the next time he hears the voice with the words: “Speak, Lord, for your servant is listening.” When God came near, standing near, and called out his name, Samuel responded as Eli had instructed. Thus, began Samuel’s ministry. His first act, as recounted in verses 11-20, was to deliver a word of judgment against Eli and his family, for their failure to serve God faithfully. On the other hand, the narrator informs us that when it came to Samuel “the LORD was with him and let none of his words fall to the ground” (vs. 19). Samuel became for Israel, what Eli could not be, a prophet of God. In time Samuel became the one who could “speak truth to power.” He started with Eli but finished with Saul.

I cannot say that I have heard God’s voice call out to me in just this way, but surely God still speaks to us. The question is, are we ready to listen? Do we have the tools to discern what God speaks? There are many voices calling out to us. Not all of them come from God.

We hear this word about revelation and visions on the Second Sunday of Epiphany, a season that focuses our attention on divine revelation. On Baptism of Jesus Sunday, we hear the voice of God declare at Jesus’ baptism: “You are my son, the Beloved; with you I am well pleased” (Mk. 1:4-11). Jesus receives his call from God, and begins his ministry, which reveals to us the nature and purpose of God. If we were to extend this question to the present, what might God be revealing in this moment and time?

The lectionary cuts off in verse 10, before we hear the word of judgment. It’s an easier text to preach when you don’t have to deal with words of judgment, especially words about divine rejection. But, perhaps Richard Boyce is correct. “the inclusion of Samuel’s words of judgment is thus a necessary precaution against the too easy domestication of this story by the church today” [Feasting on the Word, 247]. That is, we may be open to hearing God’s voice, as long as it doesn’t draw attention to our own failures. Words of judgment are not easy to hear, nor are they easy to deliver, unless one has a predilection to making others uncomfortable. Preachers sometimes will say that they are called to comfort the afflicted and afflict the comfortable, but afflicting the comfortable is not something most of us desire to do. Words of judgment are rarely received well!

Sometimes the word that needs to be heard is a difficult one, but a necessary one. Jesus was known to deliver words on occasion. Usually there were directed at religious leaders, and not the general populace. He wasn’t necessary “meek and mild.” Loving, yes, mild, not so much. If we’re willing to listen for God’s voice, then we might not always hear what we want to hear. That’s why experience alone isn’t sufficient to reveal a word from God. The Wesleyan quadrilateral isn’t perfect, but it does allow for some checks and balances—scripture, tradition, reason, and experience, in conversation. Many in our day privilege experience, but experience can be misleading. So, we need to be careful with the words we think we hear from God.

“The word of the Lord was rare in those days; visions were not widespread,” and yet the “lamp of God had not yet gone out.” I pray that the lamp has not gone out, even if at times it feels as if the light has gone out. God still speaks—are we really listening?