An Elect People - A Lectionary Reflection for Pentecost 9A (Romans 9) 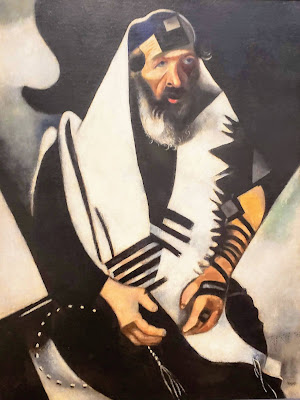 9 I am speaking the truth in Christ—I am not lying; my conscience confirms it by the Holy Spirit— 2 I have great sorrow and unceasing anguish in my heart. 3 For I could wish that I myself were accursed and cut off from Christ for the sake of my own people, my kindred according to the flesh. 4 They are Israelites, and to them belong the adoption, the glory, the covenants, the giving of the law, the worship, and the promises; 5 to them belong the patriarchs, and from them, according to the flesh, comes the Messiah, who is over all, God blessed forever. Amen.

This reading from Romans is a bit truncated. It starts with a lament and concludes with a word of thanksgiving, but it feels like something is missing. It feels like there is more to this story than has been revealed in these opening lines of chapter nine. The truth is, there is more to the story. This is the opening paragraph of a conversation about the relationship of the emergent Christianity with its Jewish parentage. It is the kind of reading that lends itself to supersessionism. So, we must tread carefully.

If we remove verses 1-3, we celebrate Israel’s chosenness. To Israel belongs adoption, glory, covenants, the law, worship, promises patriarchs. Indeed, even the Messiah (the Christ) belongs to Israel, at least according to the flesh. So, blessed be God. If this is true, then why is Paul expressing his great sorrow and anguish? If we follow the story into verse six, we get a sense of why he might be filled with sorrow. Though Israel is the elect of God, not all Israelites belong to Israel. That is, Paul is suggesting that spiritual descent, rather than physical descent is what counts in determining whether one belongs to Israel.  “This means that it is not the children of the flesh who are the children of God, but the children of the promise are counted as descendants” (Rom. 9:8). Here is where the trouble begins, at least for interpreters of Paul’s Roman letter.

We need to read these verses with the larger context of Romans 9-11 in mind. Paul is grieving because his people, Israel, did not fully embrace Jesus as Messiah. At points in these chapters, it may appear that Paul is suggesting that God has abandoned the original covenant. While he gives that impression at points, in the end, he is clear that the covenant is everlasting (Rom. 11:29). Nevertheless, there is a lot of turmoil yet to be experienced.

Truth be told, these are difficult chapters to interpret, which means there is a lot of room for misinterpretation and misapplication, including support for anti-Judaism and antisemitism. It does appear that the rejection of Jesus as messiah has its consequences, which is why Paul is grieving. Nevertheless, in the end, Israel will be saved. We might start with the premise that while Paul heard the call to proclaim the Gospel to the Gentiles, he hadn’t forgotten Israel. So, he wrestles with the question of where Israel fits into this new work of God. He’s already affirmed in chapter 8 that nothing can separate us from the love of God in Christ Jesus. Certainly, that applies to his fellow Jews (Rom 8:38-39). As Kyle Fedler notes “the key to today’s lectionary text is 9:6, which is really just a restatement of 8:38-39. Indeed, this verse is the key to Romans 9-11: ‘It is not as though the word of God had failed.’” [Feasting on the Word, p. 306]. While the reading ends with verse 5, it is wise to continue reading, to be reminded that while we may be unfaithful, God is always faithful to the covenant. We might want to think in terms here of Paul’s feelings about the reluctance of the majority of Jews to adopt his messianic vision. He believes there are consequences to this rejection of Jesus, though not eternal ones.

So, what should we make of this reading? It is brief and a bit ambiguous. What message might it have for us? One takeaway that we must avoid is the suggestion that has plagued Jewish-Christian relations for two millennia. That suggestion is that God has rejected the Jews in favor of Christians as the new people of God. God will remain committed to the covenant whether or not the people remain faithful.

One word we hear in these opening lines is Paul’s sense of solidarity with his people. He wished they would respond as he had, but he doesn’t separate himself from his people. He celebrates the blessings that belong to the Jewish people, including the covenant and the messiah who emerged from within this people to bless the broader world. So, we who are Gentiles can read this as a reminder that the blessings that come to us as followers of Jesus have their origins in the Jewish people, who gave us Jesus the Messiah.

Might we, following Karl Barth, hear in this a word about the church as being counted as among the elect of God without displacing Israel? Barth suggests in his commentary that in making this statement Paul is reluctantly breaking with the Pharisees. There is a sadness here, but he is part of a new community, the church. But, perhaps the word to us, as the church is that we should not take our place in God’s realm for granted. As Barth puts it: “In so far as ‘God’ is that which we, in the company of all other men, can know and define and worship, the assertion stands. In so far,  however, as God is He that ruleth all things,  there is embedded in the assertion a doubt, nay more, a complaint and an accusation: God does not belong to the Church.” [Barth, Epistle to the Romans, p. 339].

Perhaps that is the word we should take to heart here, as the Church. God doesn’t belong to us. We don’t possess God. God transcends our grasp. Perhaps that means we don’t get to control access to God. As Grace Ji-Sun Kim puts it: “God remains in control and will accomplish God’s redemptive purposes. The missional life of Christians is expressed by how we live, share, and work for justice with others who are also God’s people” [Preaching God’s TransformingJustice, p. 344]. That, I believe, is a word worth hearing!