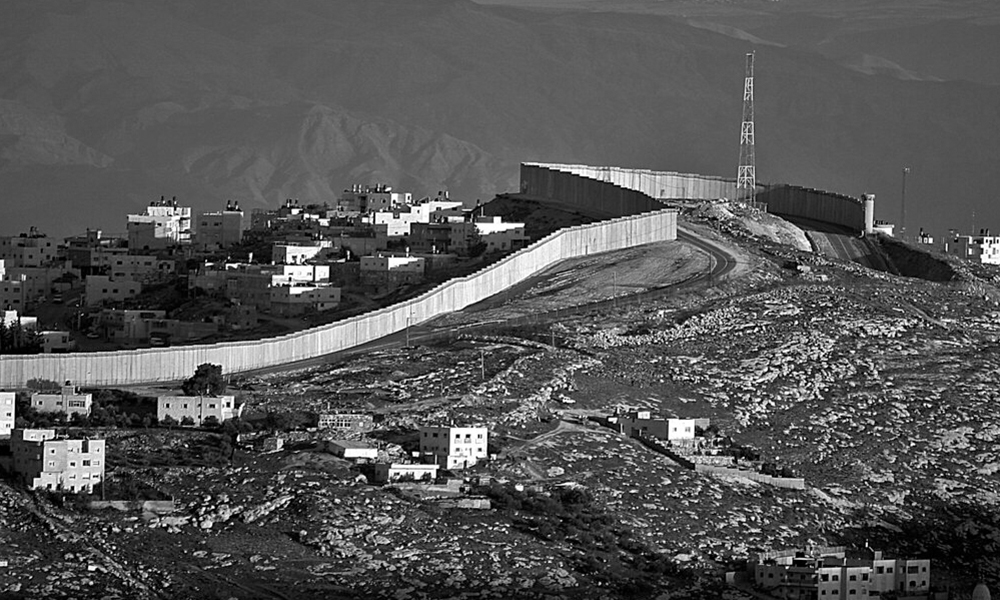 I have long wondered if the idea of a religiously-based state is compatible with true democracy? I realize that across the world "church and state" are often of one voice. There are those in the United States that would love to see some form of state support of Christianity. Israel has long faced a dilemma. It wants to be a democracy, but it has created through occupation and its a legal system a situation in which Palestinians do not get the full benefit of democracy. If the current plans of annexation occur, many Palestinians will be even more disenfranchised. In approaching this conversation, I'm neither Israeli nor Palestinian. I'm neither Jewish nor Muslim. Nevertheless, as an American citizen, whose governments have supported Israel's claim to nationhood, favoring it over the rights of Palestinians, I have a role to play.

But there is need for wisdom from within the communities most directly involved. One whose voice has been raised is Yoav Schaefer. Yoav is a Ph.D. student in religion at Princeton. His father, Arthur Gross-Schaefer, is a rabbi and a beloved friend from Santa Barbara. I was at the going-away party for Yoav when he and his twin brother Avi, who was later killed by a drunk driver after returning to the states for college, left to serve in the Israeli Army at the age of eighteen. Yoav loves Israel, becoming a citizen of Israel and serving in it's military for two years. Yet, he came to the conclusion that the current path is unsustainable for Israel and Palestine. He admits that the two-state solution is no longer feasible, so what kind of future holds for the region? I don't think I've read anything quite as perceptive is his take on this situation. I invite you to read an essay he published for the blog of the Los Angeles Review of Books.  I've reproduced the opening paragraphs, and invite you to follow the link to read the rest. You may return here and offer your thoughts.

In November 1946, the philosopher and theologian Martin Buber testified before the Anglo-American Inquiry Committee, which was tasked with exploring the political situation in Mandatory Palestine. Like other Central European Jewish intellectuals involved with Brit Shalom (Covenant of Peace), a movement to establish a binational state, Buber was convinced that the Zionist movement’s quest for national and territorial sovereignty would inevitably lead to a violent conflict with Palestine’s Arab population. He therefore opposed the Zionist movement’s attempt to establish a Jewish state, believing that Zionism must accommodate rather than disregard Palestinian national claims. “Independence of one’s own,” he told the committee, “must not be gained at the expense of another’s independence.”

Buber’s writings have resonated with me ever since I first came across them in college, shortly after completing my military service — much of it in the West Bank — as a combat soldier in the Israeli army. His words gave expression to the deep ambivalence I felt toward Israel following my army service. On the one hand, it was my belief in the Zionist dream of a Jewish homeland which led me, an American Jew from Southern California, to become an Israeli citizen in the first place. On the other hand, I had come to believe, in part because of my military service, that my commitments to Israel could not be reconciled with my democratic and liberal sensibilities.

I no longer feel that same ambivalence. The diminishing prospects for a viable two-state solution, along with the sharp rightward shift of Israel’s public and politics, have made it clear that there is no end in sight to Israel’s 53-year occupation of the West Bank. With the Israeli government’s plans to formally annex territories in the West Bank, it’s time to admit that Israel has crossed the Rubicon, creating a situation of permanent occupation from which there is no return.