Heirs of the Realm - Lectionary Reflection for Reign of Christ Sunday, Year A (Ephesians 1) 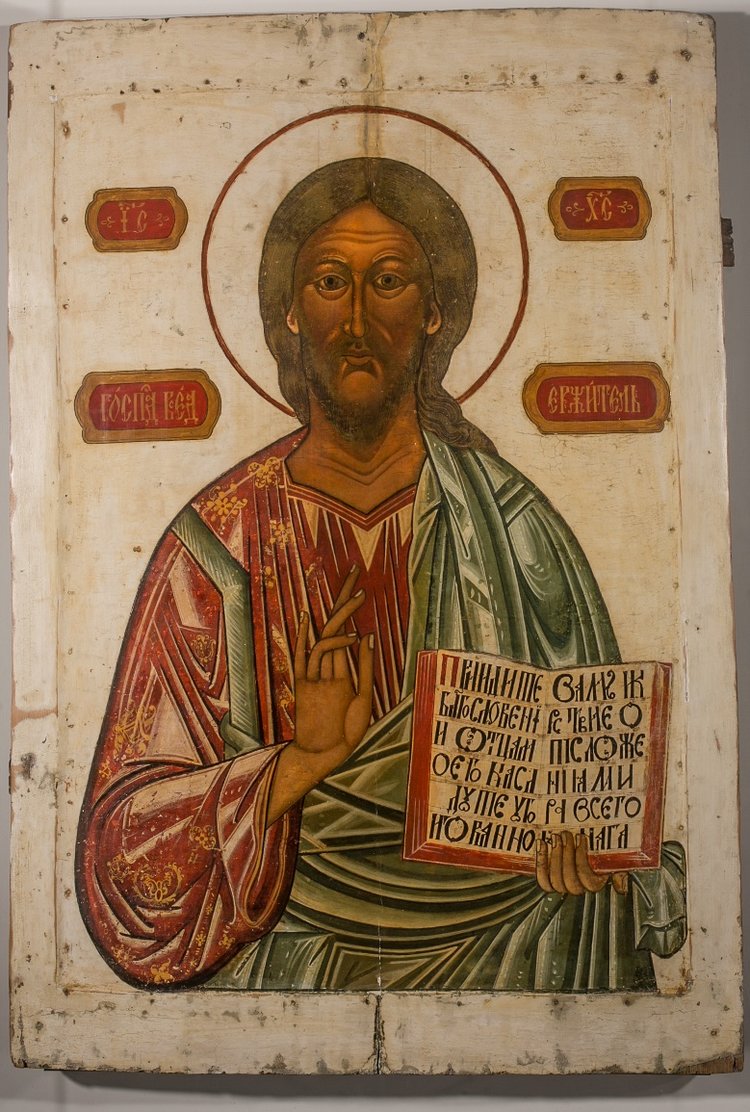 11 In Christ we have also obtained an inheritance, having been destined according to the purpose of him who accomplishes all things according to his counsel and will, 12 so that we, who were the first to set our hope on Christ, might live for the praise of his glory. 13 In him you also, when you had heard the word of truth, the gospel of your salvation, and had believed in him, were marked with the seal of the promised Holy Spirit; 14 this is the pledge of our inheritance toward redemption as God’s own people, to the praise of his glory.

15 I have heard of your faith in the Lord Jesus and your love toward all the saints, and for this reason 16 I do not cease to give thanks for you as I remember you in my prayers. 17 I pray that the God of our Lord Jesus Christ, the Father of glory, may give you a spirit of wisdom and revelation as you come to know him, 18 so that, with the eyes of your heart enlightened, you may know what is the hope to which he has called you, what are the riches of his glorious inheritance among the saints, 19 and what is the immeasurable greatness of his power for us who believe, according to the working of his great power. 20 God put this power to work in Christ when he raised him from the dead and seated him at his right hand in the heavenly places, 21 far above all rule and authority and power and dominion, and above every name that is named, not only in this age but also in the age to come. 22 And he has put all things under his feet and has made him the head over all things for the church, 23 which is his body, the fullness of him who fills all in all.

It is Christ the King/Reign of Christ Sunday. The year-long journey that began with the promise of Advent has come to its conclusion. We’ve heard the stories of Christ’s birth, his baptism, death, and resurrection. Then, after we celebrated his ascension, we waited patiently with the church in Jerusalem for the coming of the Spirit like a mighty wind to empower the body of Christ so that it might embody the Gospel of Jesus in word and deed. The journey culminates with an eschatological celebration of the reign of Christ. We will continue this cycle until the day when the realm of God comes in its fulness.

The second reading from the lectionary designated for this last Sunday of the liturgical year comes from the first chapter of Ephesians. As to the identity of the author, that has long been disputed. The mainstream scholarly consensus suggests that it is a later document written in the name of Paul. I tend to follow that consensus, though I don’t feel compelled to take a firm position on the question. But, if you’re interested in this question, I will point you to my discussion of the issue in my Participatory Study Guide for Ephesians (pp. 2-7).

As for this reading, it closes with a prayer on the part of the author, that asks for wisdom to be given to the readers of the letter, so that they might, with enlightened eyes, know the hope to which God has called them, a hope that brings with it “the riches of his glorious inheritance among the saints” (vv. 17-18). The closing words of the prayer affirm the power of God that is at work in Christ because God raised him from the dead and “seated him at his right hand in the heavenly places.” With that declaration, we can join in singing “All the power of Jesus’ Name!”

In this declaration, Paul affirms both the resurrection and the ascension of Jesus.  Now seated at God’s right hand in the heavenly places, Jesus reigns with God, “far above all rule and authority and power and dominion, and above every name that is named, not only in this age but also in the age to come.” Having given dominion to Jesus, God has also “put all things under his feet and has made him the head over all things for the church, which is his body, the fullness of him who fills all in all.” This is the key to the message of this passage. Jesus has been given authority over the church. He is its head, its source, its ruler. This is an appropriate message for Christ the King Sunday. It is a moment that is summed up by hymns such as “All Hail the Power of Jesus’ Name!” Yes, “let angels prostrate fall, bring forth the royal diadem, and crown him Lord of all” [Edward Perronet].  We can sing with Isaac Watts “Jesus shall reign where’er the sun does its successive journeys run; his love shall spread from shore to shore till moons shall wax and wane no more.”

In this word, the church is reminded that it is not just an institution. It is the very body of Christ who reigns with God on high. And as the body of Christ, it is to embody all that is Christ for us. We also receive this word as the church, that we are heirs of Christ. To be in Christ is to be destined to live for Christ’s glory. We needn’t take this in a hard and fast determinist way. The concern of the moment isn’t the destiny of individuals (that’s a very modern concept). The reference here is to the church, the body of Christ. The church is destined to live for Christ’s glory. Not only would we be well served not to read this in an individualistic manner, but we should read it eschatologically. This is meant to be read as a promise, that in the end, all things will belong to God, for there will be a restoration of all things.

Having been destined for Christ’s glory, we are then told that “In him you also, when you had heard the word of truth, the gospel of your salvation, and had believed in him, were marked with the seal of the promised Holy Spirit;  this is the pledge of our inheritance toward redemption as God’s own people, to the praise of his glory” (vv. 13-14). We have been marked with the seal of the promised Spirit of God. This is most likely a reference to baptism, but whether that is true or not, as Karl Barth notes this sealing in the Spirit “brings to mind a contract, which is legally valid by virtue of the seal that the contracting party places on the document”  [The Epistle to the Ephesians, p. 121]. Because God has sealed this contract with the presence of the Spirit, then God guarantees its fulfillment. It is, Barth writes, “as certain as if it were already fulfilled because he is the one who made the promise.” Therefore “the future is already present for those who are sealed with the Spirit, which is why Paul can speak about the future in terms of the present, as he does here” [Barth, p. 122-123].

Again, we need not be determinist in our reading of the message here. We can receive this word in an open and relational manner, affirming that while the future may be open, God will pursue God’s purpose (not coercively, but persuasively) to its culmination so that the reign of Christ might come in its fullness. Paul writes to the readers of the letter, whether in Ephesus or elsewhere, affirming that they are the first fruits of God’s promise. Thereby, they are heirs of the promise, which in the end is to participate in the restoration of all things, as Christ fills all. While we may not see this reign fully expressed at the moment, we can embrace it in our lives and our ministries. We can be expressions of Christ’s reign in the pursuit of justice and peace in a world torn by hate, greed, tribalism, and more. Therefore, may Jesus reign wherever the sun does shine!

Grace Bible said…
This comment has been removed by a blog administrator.
6:07 AM