Foxes Have Holes -- A Sermon for Economic Justice Sunday 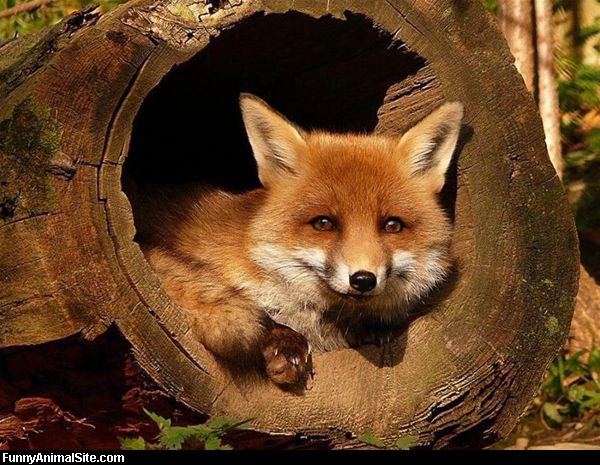 Today is Transfiguration Sunday, a day when we remember God’s mountaintop affirmation of Jesus’ ministry.  It is a moment in Jesus’ life, when he receives the  mantle of Moses the Lawgiver and Elijah the Prophet.  As was true at Jesus’ baptism, God points to Jesus and says – that’s my child, the one who reveals my nature and purposes.

This is also the beginning of our Week of Compassion emphasis, which invites us to contribute to the welfare of those in need both in the United States and around the world.  Last year, the Motown Mission project at Northwestern Christian Church received a grant from Week of Compassion that enabled the work teams to renovate the church so it can be of greater service to the neighborhood.

Today is also, at least for us, Economic Justice Sunday.  It’s not on the liturgical calendar, but it is an emphasis of the Metropolitan Coalition of Congregations. This Coalition, which Luke Allen will talk more about in a moment, had its birth a year ago in our Library.  I was among the first group of clergy who met with Luke and Bill O’Brien of the Harriet Tubman Center to talk about building a coalition of suburban congregations that would work together to address important social and economic issues facing the residents of Metro-Detroit. Several congregations have already had their Economic Justice Sunday, raising the consciousness of their congregations to the needs of the community around them.  Today is our day to join them.

The focus today is on justice, which is a major concern of the biblical writers, including the Psalmists.  With that in mind, I invite you to listen prayerfully to the reading of Psalm 82.

1 God takes his stand in the divine council;
he gives judgment among the gods:
2 “How long will you judge unjustly
by granting favor to the wicked?
Selah
3 Give justice to the lowly and the orphan;
maintain the right of the poor
and the destitute!
4 Rescue the lowly and the needy.
Deliver them
from the power of the wicked!”
5 They don’t know; they don’t understand;
they wander around in the dark.
All the earth’s foundations shake.
6 I hereby declare, “You are gods,
children of the Most High—all of you!
7 But you will die like mortals;
you will fall down like any prince.”
8 Rise up, God! Judge the earth
because you hold all nations
in your possession!

I invite you to look out across Metro-Detroit with these words in mind.  When we look at the landscape, we see the ravages of time and this economic downturn.  Shuttered auto plants; boarded up schools and homes; vacant lots, often filled with garbage.  But there also signs of hope and signs of life.  Sometimes we miss them because the green shoots lie buried under the debris that covers the surface.

I tend to be an optimist, but to envision something new requires more than optimism.  It requires hope, and hope is not passive.  It’s active.  It seeks to bring into existence the vision that God casts for us.

Like many people I was taken in by Chrysler’s half-time ad during the Super Bowl. The ad  featured the gravelly voice of Clint Eastwood, who suggested that Detroit and America stand at half-time.  Although we’ve gone through harrowing times, things are changing, largely because people are working together to make a difference.  And so we see images of once shuttered auto plants coming back to life and families re-engaging their communities.  You had to feel good after watching it.  Things are improving.  We’ve turned the corner.  But, of course, it’s only half-time in America.

And, if you remember, the New York Giants were down by a point at halftime.  They pulled ahead and turned away a last gasp effort by the Patriots to take back the game.  The second half will likely be full of ups and downs, and so we can’t get complacent.  There’s still lots of work to be done!

Consider with me these realities.  Michigan’s unemployment rate has dropped a couple of points, and the decline of the housing market may have bottomed out.   But for many people, inside and outside this congregation, the good times have yet to roll.  Many neighborhoods in Detroit, Pontiac, and across the metropolitan area continue to suffer the ravages of this Great Recession.  Thousands of residents have left the area, including about 7000 people who moved from Troy.  Not only have people lost jobs, but many have seen a decline in their salaries and benefits.

As the Psalmist declares, God is concerned about justice for the lowly, the destitute, the orphan, the poor.  Although many of our politicians may not be concerned about the poor, including the working poor, they stand at the center of God’s heart.  Knowing this to be true, the Psalmist implores God to rescue all who are caught in the grip of the wicked.   That is, those who use and oppress the poor for their own benefit.

When we think about justice, we often have “law and order” in mind, but for the prophets and the writers of the Psalms, the focus is on God’s desire to bring equity and fairness to society.   This was the reason for the Jubilee Laws that governed property rights and use.  The prophets weren’t always warmly received, and in our day, they likely would be accused of fomenting “class warfare.”

Now that I’ve waded into the political stream, I want to raise a question: How should we, as the people of God, respond to this crisis afflicting our nation and our communities, including suburban communities?  This isn’t just about Detroit and Pontiac.  Just about every community has had to deal with the effects of this economic crisis.  There are some even here in the congregation who have experienced the challenges of this crisis.  So, where is that justice that God is concerned about?

One of the primary concerns today is the foreclosure crisis.  I picked this passage from Luke because it reminds us that Jesus experienced homelessness.  He was an itinerant preacher who, unlike foxes and birds, had nowhere permanent to lay his head.  He lived at the mercy of the people.  As his followers, who seek to emulate his life, are we ready to experience homelessness?  Are we ready to leave all behind to follow him?

Before Luke Allen comes to talk about the Coalition and its efforts to address the foreclosure crisis, I’d like to give you a bit of background information:

The question is – what can we do to address this situation?  How can we join God in bringing justice to our land?   Micah writes that God asks us to do what is good, that is, “to do justice, embrace faithful love, and walk humbly with your God.” (Micah 6:8 CEB).

As Luke comes to the pulpit to talk more about the Coalition and its work in our community, I’d like to point out the insert in your bulletin that lists some of the resources available that can help you or someone you know that is affected by this crisis find some kind of help and relief.

Did you know….
-That one-third of homeowners may be underwater on their mortgages?
-That many people are hesitant to seek assistance from their faith communities in foreclosure situations?
There are resources to help.

· For information on the foreclosure process and to check your eligibility for special programs, go to www.foreclosuredetroit.org

· In Oakland County, contact the Oakland County Foreclosure Prevention Initiative at (888)-350-0900 or www.fightmortgageforclosure.com/oakland

· For homebuyer education and HUD-certified foreclosure intervention counseling to help renegotiate a mortgage, contact the Housing Opportunity Center of Southwest Housing Solutions at (313) 841-9641 or www.swsol.org

· To locate assistance for any health or human service need, call 2-1-1.

These resources were compiled by the Metro Coalition of Congregations, an interfaith organization of clergy and religious congregations working together for transformative change in our communities.