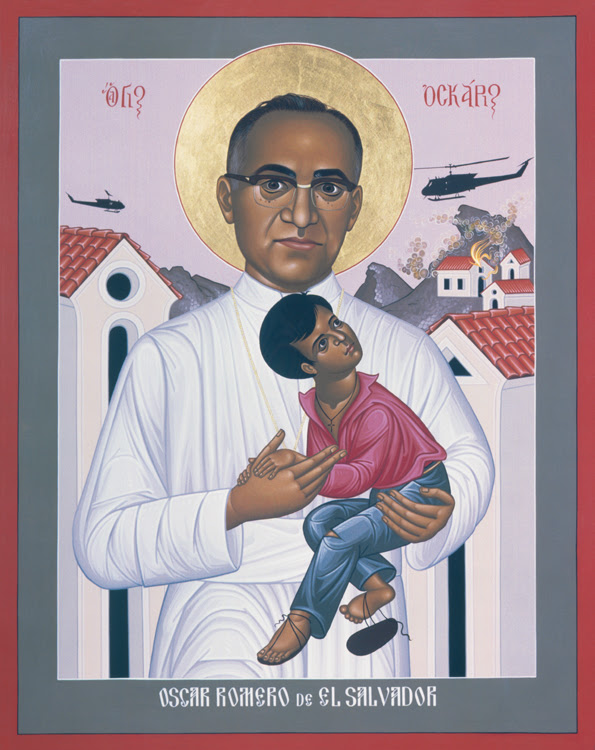 Archbishop Oscar Romero has become an inspirational figure both inside and outside the Christian community because he not only believed, he lived his faith.  Until he was appointed Archbishop of El Salvador he was a fairly traditional Catholic cleric, but having been placed in this position  he began to see the lives of the people he shepherded very differently.

In this video, which is produced by the Martyr's Project and part of a larger set of musical pieces, Michael Glenn Bell, a United Methodist Church Deacon, shares a song that reflects on a powerful sentence that Romero shared before his death:  "Let My Blood Be a Seed of Freedom."  Bell sings that a Bishop may die, but the church shall survive -- but it survives as a witness to God's desire for freedom for humanity.

I invite you to watch, listen, meditate, and reflect on this song and the person it honors.

For more information on this project and the other songs in the larger collection, entitled Martyr's Prayers,  click here.  Other songs reflect on such witnesses to faith as Thomas a Becket and Dietrich Bonhoeffer.
Email Post
Labels: Freedom justice Martyrdom Music Oscar Romero Witness