A Time to Weep -- A Lenten Sermon 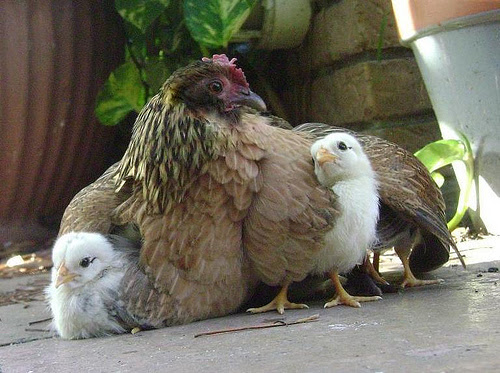 It is written in the book of Ecclesiastes:

For everything there is a season, and a time for every matter under heaven: (Eccl. 3:1)

We began our Lenten journey with the imposition of ashes, which is a sign of mourning and repentance.  This is a time to weep.  But, we end our journey on Easter Morning with shouts of Alleluia, because Christ our Lord is Risen from the Dead.    Lent reminds us that the life of a disciple of Jesus is complicated.  There are moments of great joy, but also moments of sadness and even suffering.

The reading from Luke begins with a warning from a group of  Pharisees.  They tell Jesus that Herod Antipas wants to add his head to that of John the Baptist.  Jesus tells the “fox,” as he calls the king, that his destiny lies not in Galilee but in Jerusalem. That’s where prophets go to die.

In the spring of 1968, Martin Luther King went to Memphis to give support to the city’s sanitation workers, who had gone on strike. He’d just begun expanding the Civil Rights movement into a Human Rights movement that would focus on economic justice. On the evening of April 3rd, he preached his final sermon, because he would be assassinated the next day.  As he preached that night, he seemed to sense that, like Moses, he wouldn’t get to cross the river into the promised land.  He reminded the congregation that while they’d accomplished a great deal, there was much more work left to be done.  In closing, this prophet for social justice in our country declared:

Well, I don't know what will happen now. We've got some difficult days ahead. But it doesn't matter with me now. Because I've been to the mountaintop. And I don't mind. Like anybody, I would like to live a long life. Longevity has its place. But I'm not concerned about that now. I just want to do God's will. And He's allowed me to go up to the mountain. And I've looked over. And I've seen the promised land. I may not get there with you. But I want you to know tonight, that we, as a people, will get to the promised land. And I'm happy, tonight. I'm not worried about anything. I'm not fearing any man. Mine eyes have seen the glory of the coming of the Lord.

Like Jesus, Dr. King understood that there are forces that resist the love and justice of God.  They resist the creation of the “Beloved Community.”  The question is – Will we follow of the cross or will we be “enemies of the cross” (Phil. 3:18).  These are the ones whom Paul says have made their stomach their God and care only about themselves.

One of the chief modern prophets of this vision is Ayn Rand, who famously declared that selfishness is a virtue.  Rand has developed a lot of disciples recently, but is she the prophet we must heed today?

In our Gospel today, Jesus takes the role of the parent.  He looks toward Jerusalem, and with deep grief at that city’s continued rejection of God’s love and justice, cries out in lament:

How often I have wanted to gather your people just as a hen gathers her chicks under her wings.  But you did not want that (Vs. 34b CEB).

Isn’t this a powerful image?  Jesus takes on the identity of a hen, and in doing this  Jesus identifies himself and God in feminine imagery.  In your imagination, can you see this mother calling her chicks to herself, so that she can protect them?  What chick would ignore the warning of its mother and not seek protection under her wings?

Looking back on my own childhood, I remember my mother being rather  protective.  Sometimes I thought she was overprotective, but she probably had good reason for her protectiveness.

In his lament Jesus calls us to take cover under the loving wings of God, to find our protection in the presence of God.  But like the younger son in the parable of the Prodigal, many of God’s children have been known to spurn this invitation.  They want to do things their own way, rather than follow the path that leads to the creation of God’s “Beloved Community.”

Dr. King, Dietrich Bonhoeffer, and many other prophets have heard the call to pursue God’s vision of justice, even to the point of death.  They understood that the cross defines the pathway of Jesus.  It’s not an easy road, but remember it leads to Resurrection.

Another way to describe this calling is found in Paul’s reminder that our “citizenship is in heaven” (Phil. 3:20).   This heavenly citizenship doesn’t make us so heavenly minded that we’re of no earthly good.  No, what it means is that we live with a different set of values – heavenly values.  God’s values are reflected in the fruit of the Spirit – “love, joy, peace, patience, kindness, generosity, faithfulness, gentleness, and self-control” (Gal. 5:22-23).  It’s reflected in the command to love our neighbors as we love ourselves.  It’s reflected in the word of judgment that’s based on how we respond to the least of these our brothers and sisters (Mt. 25:45).

So, how should we go about this work?  Jesus and Dr. King showed us the way.  Building the “Beloved Community” can only occur, if we’re willing to embrace the principles of nonviolent resistance to injustice.

When Jesus cried in lament over the city of Jerusalem, and with Jerusalem all the cities of the world that have fallen victim to injustice, he did so because he knew that too often we resist this kind of action.  We seem to respect only coercion, but that’s not the way of God.

If Jesus cries for Jerusalem, who should we cry for?

When I came to Michigan five years ago, I sensed that if we’re to be a truly missional congregation, that means being engaged in the transformation of  the city.  Although we’re a suburban congregation, we have urban roots.  We may have left the building on Woodward Avenue, but I believe that the call to love and serve the city is still there.  If we use Acts 1:8 as our guide, our ministry as the people of God extends from this place outward through our communities and into the city and then beyond.

We’re already doing this in a number of ways.  For instance, we’ve taken a leading role in establishing the ministry that is now called Gospel in Action Detroit.  This ministry has its roots, as Eugene James often points out, in a chance meeting in a hotel elevator outside Chicago that led to a partnership in ministry between an urban and a suburban congregation.  This ministry includes our partnership with Motown Mission that invites Disciples from across the country to come to Detroit to share in the mission of God.  It also involves the partnership with Rippling Hope Ministries, which has helped us create a Disciple-focused ministry in the city of Detroit centered at Northwestern Christian Church.  This spring we’ll have an opportunity to share in a workday in Detroit.  In June we’ll help support the third annual Peace Week at Motown Mission.  And throughout the summer we can join with Gospel in Action Detroit in create a new mission center in the city of Detroit.

Another sign of our engagement in this work of God is the role we’ve taken in the founding of the Metropolitan Coalition of Congregations.  This afternoon, we’ll be gathering at St. James Catholic Church of Ferndale to officially launch this effort in organizing suburban congregations to pursue justice for all.  We’ve been at the forefront of this effort from the very beginning.  And, I pray that we will continue this work.  Why?  For one thing these are expressions of our missional calling.  For another, they represent God’s love for the world.  They are a means by which Jesus gathers the chicks under her wings.

Will you join God’s work of salvation, which involves sharing God’s love and justice with the world?  Will you join with God in building the “Beloved Community”?   And will you join in bestowing blessings on the “one who comes in the name of the Lord”?
Amen

Unknown said…
Well said, life is the most beautiful thing that any human being would like to concentrate on.In this course of action it is hard to become immortal even beside the question is immortality possible? or not. There is no such things as immortality, everything in this world is mortal.
4:31 AM