The Eternal Throne -- Lectionary Reflection for Advent 4 B (2 Samuel) 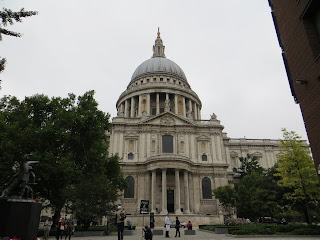 7 Now when the king was settled in his house, and the Lord had given him rest from all his enemies around him, 2 the king said to the prophet Nathan, “See now, I am living in a house of cedar, but the ark of God stays in a tent.” 3 Nathan said to the king, “Go, do all that you have in mind; for the Lord is with you.”

4 But that same night the word of the Lord came to Nathan: 5 Go and tell my servant David: Thus says the Lord: Are you the one to build me a house to live in? 6 I have not lived in a house since the day I brought up the people of Israel from Egypt to this day, but I have been moving about in a tent and a tabernacle. 7 Wherever I have moved about among all the people of Israel, did I ever speak a word with any of the tribal leaders of Israel, whom I commanded to shepherd my people Israel, saying, “Why have you not built me a house of cedar?” 8 Now therefore thus you shall say to my servant David: Thus says the Lord of hosts: I took you from the pasture, from following the sheep to be prince over my people Israel; 9 and I have been with you wherever you went, and have cut off all your enemies from before you; and I will make for you a great name, like the name of the great ones of the earth. 10 And I will appoint a place for my people Israel and will plant them, so that they may live in their own place, and be disturbed no more; and evildoers shall afflict them no more, as formerly, 11 from the time that I appointed judges over my people Israel; and I will give you rest from all your enemies. Moreover the Lord declares to you that the Lord will make you a house. 12 When your days are fulfilled and you lie down with your ancestors, I will raise up your offspring after you, who shall come forth from your body, and I will establish his kingdom. 13 He shall build a house for my name, and I will establish the throne of his kingdom forever. 14 I will be a father to him, and he shall be a son to me. When he commits iniquity, I will punish him with a rod such as mortals use, with blows inflicted by human beings. 15 But I will not take my steadfast love from him, as I took it from Saul, whom I put away from before you. 16 Your house and your kingdom shall be made sure forever before me; your throne shall be established forever.

Advent closes with a reminder of the Christian confession concerning Jesus’ lineage, that he is David’s son and that his realm will be established forever. As I have noted in earlier posts, as well as in my Advent sermons, this is a season of waiting. The season speaks in two voices, one concerning events of the past (the birth of Jesus in Bethlehem) and one that is yet to come (the full establishment of God’s realm). In other words, Advent takes on an eschatological tone. It’s not an Armageddon-like vision, necessarily, but it is forward looking. That which is, is not all that will be. When we look to the Hebrew Bible for inspiration during this season, looking for Jesus in texts that originally spoke to other concerns, we must always keep in mind that our appropriation of text should not undermine other readings, especially Jewish readings that do not include Jesus. But, in the spirit of Advent, we will seek to hear a word about Jesus in these texts from the Hebrew Bible.


The lectionary omits verses 12-15, which focuses more on David and his heirs, but one would assume that the creators of the lectionary had verse 16 in mind as they made this selection from 2 Samuel. That is because it declares that “your throne shall be established forever.” While, historically, David’s dynasty ended with the exile—there would be later monarchs, but not of David’s lineage—the promise recorded here in 2 Samuel, a book likely written during or soon after the exile, looks forward to the continuation of this line. Although the monarchy was a thing of the past and David’s dynasty had become nothing more than dust in the wind by the time these words were written down, there is nonetheless a promise that the throne of David will be established forever. The Advent-Christmas message is that this promise is renewed in the birth of Jesus.

Contextually, the issue at hand is whether God needs a house, and if so, what does that house look like. David seems to think that since his kingdom has gained a sense of stability, and since he now has a house of cedar (a palace), then it might not be appropriate for God to still be dwelling in a tent. When he shares this concern with Nathan the prophet, Nathan initially agrees with him. Yes, God needs a more permanent home within to dwell. “God is with you.” Unfortunately for Nathan and David, Nathan spoke too soon. Apparently neither David nor Nathan asked God for input, because that very night God revealed to Nathan a different vision. God asks Nathan when anyone had been instructed to build a house. God was content with the current arrangements, which suggests that God was not limited to one place. In fact, God tells David through Nathan, that God will make of David a house. That is, David and his descendants will be the bearers of God’s presence.

This might be a good word to the church. Be sure to ask God first, before going out and building houses for God. Maybe God is content dwelling within those who are image-bearers.

When we read this passage in the context of Advent, we might want to consider how it speaks to our human tendency to get ahead of God. We make our plans without consulting God, assuming that God will bless them. David wants to build a house of cedar for God, but God would rather build a house out of David. Not only that, but there is the question of motive. Did David want to build a house for God, because God needed a house, or because David wanted to initiate another building project that could project importance for him. Besides a palace, what better sign of power than a religious edifice. It’s something that monarchs have engaged in from time immemorial. After all, did Herod feel the need to build one of the great wonders of the ancient world because God needed such a grand building, or so Herod could feel powerful? After all, he built it on the backs of his subjects, much like Solomon did in his day.

We still build religious edifices—gospels in stone—that may say more about us than God, but reading this in the context of Advent, the key point is the establishment of David’s throne in the person of Jesus. At Christmas we celebrate an incarnation, Emmanuel, makes known God’s presence in a human body. But, that’s not the whole story. The story begins in Bethlehem, but doesn’t end there. Jesus will die on a cross and be resurrected, and then ascend into the fullness of God, with a promise to return and establish forever God’s reign. That reign has already been initiated, but not in its fullness. Thus, we wait, but not idly. We wait as signs of God’s presence in the world. As we read in 1 Peter, we are being built into a spiritual house, that has as its cornerstone, Jesus (1 Pet. 2:4-8). God doesn’t need a house made of stone, for we are the living stones that form the house of God, in which the throne of God will be firmly established.
Email Post
Labels: 1 Peter 2 Samuel Advent David House of God Lectionary Realm of God Reflections Temple Throne