Great is the Lord -- A Sermon for Pentecost 7B 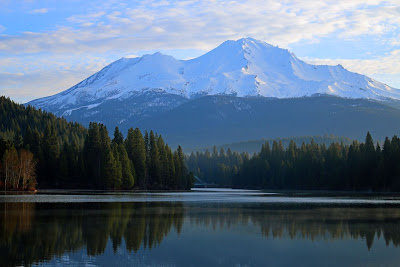 
We began worship by singing “Great is the Lord.” We heard Mike sing “How Great Thou Art.” Then, we shared together in the reading of Psalm 48, which opens with the words “Great is the Lord and greatly to be praised in the city of our God.”  Yes, great is the Lord who is “faithful and true” and who dwells in Zion!

This week as we turn again to the Psalms, we encounter one of the “Songs of Zion.” These songs celebrate Yahweh’s position as the cosmic king, who rules over all things. In these songs of Zion, human kings, like David and Solomon disappear. While the people of Israel asked Samuel for a king to fight their battles for them, this Psalm declared that it’s God, and not these earthly kings and their military prowess that provide security to the nation.

The creators of the lectionary have paired Psalm 48 with a reading from 2 Samuel 5, which tells the story of David’s coronation as Israel’s king, and his conquest of the citadel of Jerusalem, where he set up his new capital. While he founded the city, it was his son Solomon, who built a temple on Mount Zion, so Yahweh could dwell in the city and be worshiped and glorified. Because God dwells in the city, the kings of the nations flee in panic, knowing that God is on the side of Jerusalem. Therefore, as the people gather on God’s holy mountain, which is “beautiful in elevation,” they find security, safety, and joy. David might have made Zion his capital, and even called it the city of David, but in reality this is the city of God.

The Psalmist suggests that Jerusalem is invulnerable to attack, but history knows differently. Perhaps the reason Jerusalem fell to conquering armies, is because it put its trust in its own military strength rather than God’s presence. While there is a patriotic sense to this Psalm, the point is clear. God is the strength of the city and nation, not its king nor its army. It’s not that God is unfaithful, but as Jeremiah and other prophets remind the people, their own unfaithfulness got them in trouble.

This might be a good word for us as Americans gathering on the Sunday following Independence Day. It could be a cautionary word to us about putting our trust, our security, in something other than the hands of God. I appreciated reading this word from Stan Mast directed at both Canadians and Americans, who have been celebrating our nationhood this past week:

So let us sing our national anthems, celebrate our freedoms, support our troops, and rejoice in our beautiful countries. But let us remember the beginning and end and middle of Psalm 48. Our only hope is Yahweh, the God who entered history again and again to help his people.

When we put our trust in our own devices, especially in border walls and military might, we take our eyes off of God. That usually makes us susceptible to fear. When we live in fear, we are easily manipulated. Political operatives understand this very well, which is why most political ads—and we will be seeing lots of them over the next few months—play on our fears. It might be fear of immigrants or criminal elements in society, just to name two prominent targets. The Psalmist, however, offers us a different word.  That word is that God is our ultimate security.

This morning we read together the 48th Psalm. If we go back a few pages to Psalm 46, we hear a similar word. In that Psalm we declare that “God is our refuge and strength.” This Psalm inspired Martin Luther to write the hymn “A Mighty Fortress is Our God.” I almost chose that hymn for today, because it’s one of my favorites. In the end I decided to go with  “O God, Our Help in Ages Past,” which expresses well the message of Psalm 48. “O God, our help in ages past, our hope for years to come, and shelter from the stormy blast and our eternal home.” For, “under the shadow of thy throne still may we dwell secure, sufficient is thine arm alone, and our defense is sure.”

As they say in the financial industry, “Past performance is no guarantee of future results.” There are no guarantees in the financial world, but a wise investor will take into consideration past performance, especially past performance over a long period of time. Now, there are risk takers out there. They’re called day traders, who try to time the market, and make a quick buck. Sometimes it works; sometimes it doesn’t. My sense is that most of us are probably more “buy and hold” than day traders.  We  look for continuity, hoping that in the end patience leads to success. Now there are no guarantees here, but in general this principle holds true.

So it is with faith in God. The Psalmist invites to look back at God’s track record, which reveals God’s faithfulness. The promise here is that if we put our trust in God, we’ll be successful in the end. That doesn’t mean there won’t be bumps in the road, but if we stay the course, we will get to our destination. We may not get there in this life, but I believe that God is faithful even beyond the grave.

The promise here is that the city of God has been established forever. The Temple represents God’s presence in the city. We don’t have to believe that God is physically present in the Temple, to understand the symbolism. The bread and cup, which we share each Sunday also serve as a sign of God’s presence. They serve as reminders that the living Christ walks with us by the Spirit, encircling us with God’s loving presence. Therefore, we need not fear, for God is with us.

St. Augustine wrote in his reflections on this Psalm: “This is the city set upon a hill, which cannot be hid; this is the candle which is not hidden under a bushel, to all known, to all proclaimed.” We are citizens of the city of God, which is set upon a hill. It cannot be hid. We are, like candles that can’t be hid under a bushel basket. We are, as 1 Peter declares, “living stones . . . built into a spiritual house.” We are, as 1 Peter reminds us, a holy priesthood who offers up spiritual sacrifices that are acceptable to God (1 Peter 2:4-5). As priests in God’s Holy Temple, situated on Mt. Zion, we share in the worship of God, declaring before all the world: “great is the Lord, and greatly to be praised.”

In his monumental book, which he wrote in the aftermath of the sack of Rome, that signaled the collapse of the Roman Empire in the west, Augustine drew from this Psalm and Hannah’s song to declare:

Therefore let the Church of Christ, the city of the great King, full of grace, prolific of offspring, let her say what the prophecy uttered about her so long before by the mouth of this pious mother confesses, “My heart is made strong in the Lord, and my horn is exalted in my God.” Her heart is truly made strong, and her horn is truly exalted, because not in herself, but in the Lord her God. [The City of God by Saint Augustine, Modern Library, p. 573].

Our strength, our hope, is to be found not in ourselves, but in God. That doesn’t mean we don’t play an important role in the mission of God, but it doesn’t depend upon us alone. When we respond to God’s call, and open our lives to God’s presence, then the light of God shines brightly.

The earthly realm may falter, as the nation of Judah did, and the Roman Empire did as well. Yes, even the United States isn’t invincible, but the City of God is eternal. That is because God has established it forever. So, as we continue the journey of life, with all its ups and downs, the promise is clear: God is “our guide forever.” The Psalmist invites us to share this message with the next generation, so they might share the same message with their progeny. The message is: Do not fear, for God is with us. Put aside the many voices telling us to fear neighbors near and far, because, as Psalm 46 reveals: “God is our refuge and strength.” Therefore, with the closing words of Psalm 48 ringing in our hearts and minds, may God “be our guide forever.”