When a Church Hosts an Iftar Dinner 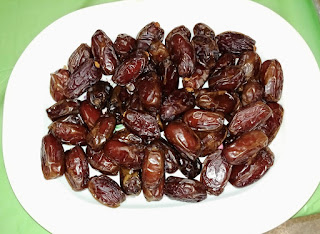 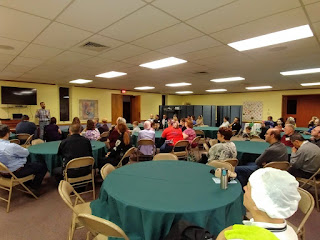 It is the season of Ramadan for Muslims. According to the Quran, "The Month of Ramadan is that wherein the Quran was sent down as guidance to mankind, as clear proofs of guidance, and as the Criterion. Let him among you who is present fast during that [month]." [Surah 2:185]. As a season of fasting, Muslims fast from sunrise to sunset, refraining from even drinking water. It is a season of spiritual reflection. At the end of the day, the fast is broken, and a meal is shared. It is called an Iftar meal. It might be shared within the family, and perhaps with a few friends invited in. Sometimes it is shared in community. 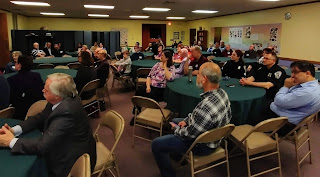 During this season of Ramadan, before last night, I had participated in two meals and had been invited to a couple of others, all of which were efforts to reach out beyond the Muslim community to demonstrate hospitality. Last night, however, was a rather unique Iftar dinner. That is because it was hosted at a church.

Now sometimes churches rent out their buildings for events, but Central Woodward Christian Church (Disciples of Christ), the church I serve as pastor, wasn't renting the building out, we were inviting the community to join us for an Iftar Dinner, in partnership with the Turkish American Society of Michigan. This was our fourth such dinner, and it was the largest of our meals. Christians, Jews, Unitarian Universalists, joined with Muslims to learn about Ramadan and break the fast. We had a great dinner, which began with a brief program that included a few thoughts on my part, a witness to interfaith dialogue from a member of the congregation, Carol Cooper, and then a video and words about Ramadan and Islam from Yunus, a leader in the Turkish American Society. Then I offered a prayer for the meal, which led to us all lining up to get our food, while my friend Amin came along with a plate of dates so we could break the fast as the call to prayer sounded on someone's cell phone, signaling it was time to break the fast. Then it was time to eat, and we ate and ate. And we talked. Prayers we said. All in all, it was, for me, it was a time of great blessing. It was, I will say, a confirmation of what I've come to believe is an important part of my own call to ministry. I didn't know that to be true when I was ordained thirty-four years ago. I embraced the ecumenical part of my calling, but over time the interreligious part of the calling has become clearer and clearer. For that I give thanks. 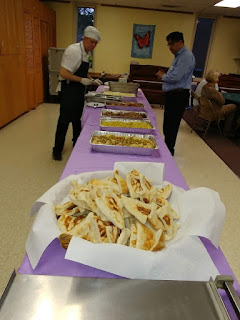 There are times and places for theological discussions when we talk about the nature of God, and whether Muslims and Christians worship the same God (with Miroslav Volf, I've concluded that if Christians claim to worship the same God as do the Jews, then the same should be said for our Muslim friends as well). I'm reading a book by Amos Yong, who suggests that a pneumatological approach to interfaith dialog might be more fruitful than one that leads in with Christology (not that Christology isn't important, but it might not be the first point of contact). The question here is do we discern the presence of the Holy Spirit in the communities we engage in conversation. This involves spiritual discernment. While I may be wrong in all of this, I have sensed the presence of the Spirit in these conversations. I have seen the deep spirituality present. I've seen people committed to the welfare of others. I've seen people who live lives of welcome and grace. I am willing to call them my brothers and sisters, even if our religious understandings differ.

So, a Christian church, that has embraced the message of the open table as a Eucharistic model, hosted a dinner together with another community of another faith tradition, a faith community that many in our country look upon with suspicion, and it was a beautiful evening, full of blessings. I'm looking forward to the fifth annual Iftar Dinner at Central Woodward Christian Church in partnership with the Turkish American Society of Michigan, to which I can invite friends of different religious traditions. If you have a chance to attend an Iftar Dinner, take the offer. You won't be disappointed, even if you have to eat dinner later than usual!

Thanks so much for your reflection. Can you tell me the titles of the books you reference by Miroslav Volf and Amos Yong? I’ve been exploring a pneumatological approach to interfaith and anti racist justice work and am always looking for helpful thinkers.
Thanks.
Cassandra
10:40 AM

Thanks for the response and questions. Miroslav's book is titled Allah and was published by Harper One. Amos has written a few books on this, but the book I'm reading right now is Discerning the Spirits (Wipf and Stock), which is a reprinting of an earlier publication of his dissertation. The other book, and probably the more accessible, is Yong's book Hospitality and the Other (Orbis). I think you'll find both interesting!
11:13 AM

As one of the members of the Turkish American and Muslim community in Michigan, I must say that these iftar dinners are very special for me, my friends, and my family. I exactly feel the same spiritual motivation and appreciation of God’ s blessings on all of us. We believe in Ramadan God’ s blessings and rewards are coming down to Earth more than any other time. As we share our bread and enjoy our conversations for the betterment of our future including all humankind, I feel the spiritual satisfaction in the moment regardless of God” s rewards for us. I also like to bring my kids to help them see that we are together, we have a lot to share and learn from each other, and embrace the diversity which doesn’t separate us but instead makes us richer and stronger. Thanks again for having us.

Robert Cornwall said…
Oguz, Thank you for your witness to our growing partnership! It truly is a blessing to us all, I believe!
4:46 PM

John said…
Bob, as a member of Central Woodward I know I speak in behalf of a large number of people in the congregation when I say thank you for facilitating these Iftar dinners and the growth of community between our religious traditions which come with them. We have come to look forward to them and thoroughly enjoy the meals and the fellowship with our and Muslim friends. And of course the baklava.
8:50 AM 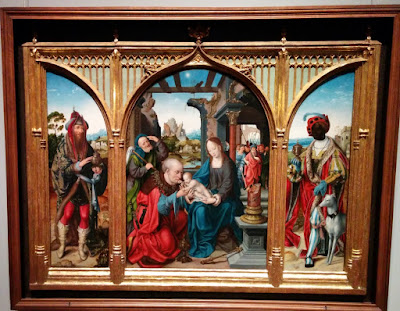