Dreaming of Justice in an Age of Fear: A Reflection for Martin Luther King Day 2020 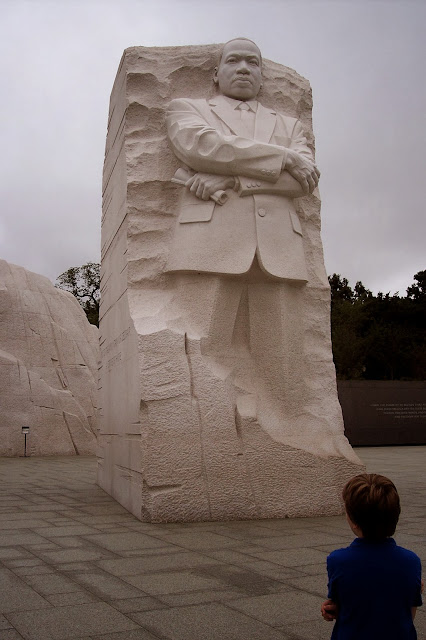 I was five when Martin Luther King, Jr. gave his “I Have a Dream” speech. I was ten when he was assassinated, just weeks before Bobby Kennedy was shot and killed. I don’t have any firsthand memories of Dr. King’s life or death. The Civil Rights Movement was in full swing during the 1960s, but I was only a child living a rather sheltered life. Growing up I didn’t realize I might have certain privileges that were based on my race or even my gender. I did have a few friends who were African American, and I don’t remember thinking of them as being all that different from me. Nevertheless, I grew up in something of a white bubble. It would many years before I truly understood that I might have benefits accrued to me due to my race and gender, let alone my sexual orientation. I just took my reality for granted.

Over time the blinders began to come off, but not until my context began to change. It really wasn’t until I moved to Southern California to attend seminary, that the scales covering my eyes began to fall off. I remember being caught off guard during my American Protestant Theology seminar. One of my classmates, an African American man, gave his presentation on James Cone and Black Theology. He stated matter of factly that unless one was Black, one could not truly understand Black theology. I might gain an intellectual understanding, but not an experiential one. That was a difficult lesson for me to learn, but it set in motion a road to discovery that has opened my eyes to other realities. It’s still difficult to admit that I might have privileges attached to my race, my gender, and my sexual orientation, and yet I know this to be true. I will confess, I'm still learning what all this means. I have not reached perfection. Like many, I'm given to complacency.

I have a dream that someday justice will reign. I have a dream that one day we can embrace our diversity, and regard each other with respect and honor, no matter who we are or where we come from. Unfortunately, fifty-plus years since Martin Luther King was assassinated, his dreams remain unfulfilled. Yes, we elected a Black President in 2008, and then the country turned around and elected a President who has given whose words and policies threaten to take away rights that were gained through hard-fought battles, and which took the lives of people like Dr. King. As we observe the ninety-first anniversary of Dr. King’s birth, it seems as if his dream set forth on the steps of the Lincoln Memorial has become a national nightmare. Nevertheless, I do believe that his dream still has a future. I still believe that the backlash we are experiencing will give way to a different vision of reality, one where those who are perceived as being different will no longer be demonized and oppressed. I still hope that a time will come when we can stop on this day and celebrate the beauty of our diversity. We’re not there yet, but I believe that someday unfulfilled dreams will be fulfilled.

Dreams can lead to complacency. We can hope for the best and do nothing to change the situation. In that famous speech in Washington in 1968, Dr. King spoke of cashing the promissory note of justice that was enshrined in the Declaration of Independence. He spoke against gradualism and spoke of the urgency of now. That was nearly sixty years ago, and so the urgency is even greater, as it seems as if we’ve gone backward. I might not feel its sting, but the sting is being felt by the many. So, maybe this is the word we need to hear right now:

Let us take this opportunity to commit ourselves to the pursuit of justice for all. May we not only dream but work together to bring that dream to fruition. This starts with letting go of the fear of the other, that keeps us from working toward the fulfillment of the promise of the prophet Amos: “Spare me the sound of your hymns, and let not Me hear the music of your lutes. But let justice well up like water, and righteousness like an unfailing stream” (Amos 4:23-24 Tanakh).