The Church and Governing Authorities in a Pandemic—Reflection on 1 Peter 2:13-17 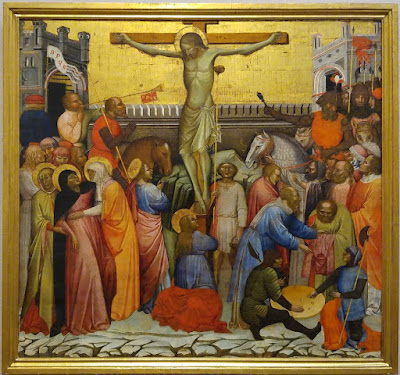 Last Friday President Trump declared that religious institutions are essential and must be allowed to open. Many of us rightly responded that the church is open and has been open during this entire pandemic, even if the buildings are closed. So, we don’t need to be told to open up or be designated by the President as essential. We know our role and don’t need theological advice from the government. At the same time, churches have been suing state governments in places like California demanding that they be allowed to open. Some went ahead and gathered anyway in defiance of the current stay-a
t-home orders. A the same time others of us, perhaps a majority of us, have been following the guidelines/rulings provided by the governing authorities and finding alternative ways of being a community, including offering worship services through one of several online platforms. Indeed, I know many clergy are concerned about what to do if their states do open up and allow churches to gather. They’re concerned that they might be pushed to open up too soon, endangering everyone in the church. So, when it comes to obeying governing authorities, which ones should we obey? Do you see the possibility of confusion in all of this?

I raise these questions in the context of a discussion of 1 Peter 2:11-3:7, which is happening today during our weekly bible study. Just so you know, we’re following the governor’s guidelines, even though here in Michigan we’ve been exempted as a religious institution. So, we’ll be holding our conversation on Zoom for the safety and protection of all our people. We’re all over sixty, except for when my son joins us, which places us in the vulnerable category!

For the purposes of this post, I want to dwell on the section that focuses on the directive to “accept the authority of every human institution” for the Lord’s sake, as laid out in verses 13-17 of 1 Peter 2. The words below are written to a community that Peter suggests are aliens and exiles, a community Peter asks to “conduct” themselves “honorably among the Gentiles” (1 Pet. 2:11-12).

For the Lord’s sake accept the authority of every human institution, whether of the emperor as supreme, or of governors, as sent by him to punish those who do wrong and to praise those who do right. For it is God’s will that by doing right you should silence the ignorance of the foolish. As servants of God, live as free people, yet do not use your freedom as a pretext for evil. Honor everyone. Love the family of believers. Fear God. Honor the emperor. (1 Peter 2:13-17 —NRSV)

The New Testament doesn’t seem to speak with one voice when it comes to a Christian’s relationship to human institutions. In Acts 4, Peter and John ask the Sanhedrin whether they should obey God and continue preaching or obey human authorities and stop their preaching. In that particular case, except for a threat, the governing authorities let Peter and John go. In Romans 13, the passage that perhaps most think of in relationship to church-state issues, Paul orders the Romans to “be subject to the governing authorities; for there is no authority except from God, and those authorities that exist have been instituted by God. Therefore, whoever resists authority resists what God has appointed, and those who resist will incur judgment” (Rom. 13:1-2). So, which is it?

If you notice from the reading in 1 Peter, the people are directed to accept the authority of human institutions for the “Lord’s sake.” They are to recognize the role of the emperor and the governors appointed and sent by the emperor, who are tasked with keeping order by punishing wrong-doers and bless those who do what is right. I don’t believe that Peter envisions these rulers to be godly people. I do wonder if this letter does appear before things got more difficult under Domitian in the mid-90s (when John was writing Revelation). The point is, in 1 Peter there is no evidence that these authorities we’re supposed to obey are divinely authorized or appointed. They’re human authorities and nothing more. But, he recognizes the purpose of government, even if it could cause suffering for the believers. There is a degree of pragmatism here, and perhaps an acceptance of a degree of patriotism, as long as it doesn’t crowd out one’s prior allegiance to God. Peter does tell us to honor the emperor, but only after telling us to honor everyone. While doing so, be sure to love the community of faith and fear God. It’s in that context that you should honor the emperor and the authorities that the emperor authorizes.

I think the key sentence is found in verse 16: “As servants of God, live as free people, yet do not use your freedom as a pretext for evil.” This is the key—as God’s servants, they are free people. They owe ultimate allegiance to God and not the emperor. In making that claim Peter the author of this letter affirms the words of Peter and John in Acts 4. They are free with regard to the things of this earth, since the are exiles/aliens and not citizens, but Peter tells them (and us) not to let that freedom given to us by God serve as a pretext for doing what is evil.

That brings me back to the opening discussion. I may be free as a Christian. As a Christian who is given freedom by God, my first loyalty is to God and God’s people. At the same time, as I understand Peter, that freedom should guide me to do what is right. At this moment in time, out of love of the believers and in the fear of God, I think I’ll follow the directives of the human authorities. When we start to reopen, we’ll follow the CDC guidelines and those of the state. While we’re exempt, as I said, if we were to open right now, it would be with ten or fewer (we gather with three people who put on the live-streamed service). We’ll wear masks (except for the speakers/singers who will be properly distanced—they say sixteen feet for singing). We’ll keep our physical distance, not offer food (communion is a concern here—haven’t figured that one out yet), and of course handwashing and sanitizing everything. That’s an act of honoring our neighbors.  That is not letting freedom lead to doing what is evil. To fill a church up and act as if there is no virus pandemic in the name of religious freedom is, in my estimation letting freedom lead to evil. That’s not something Peter would approve of. So, I’ll try to follow the lead of the governing authorities, and conduct myself honorably, for the Lord’s sake!