When God Becomes a Political Pawn 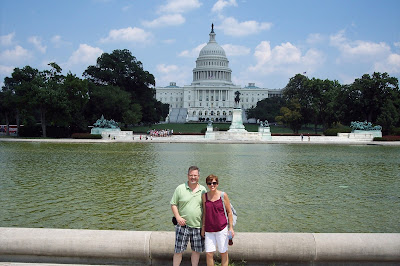 I will confess that I didn't watch the Democratic Convention last week. I don't plan on watching the Republican one either. I used to enjoy watching them -- especially when I was young. I was what you would call a political junkie. I'm still politically engaged, but I'm more interested in reruns of Cheers than the political speeches that will occur. Besides, I can see the outtakes on the morning news as well as on Twitter.

Now that's really not the point of this post. I have seen tweets from the President and his allies that suggest the Democratic convention was anti-religious. Therefore, the GOP convention will protect God, or so I've heard. As evidence of the Democrats' anti-God posture, according to the President, they took the phrase "under God" out from the pledge. This, of course, is not true. Though, I will tell you, that I'm not at all opposed to doing just that. In fact, it was a later addition to the pledge written by a Baptist preacher long after his death. Yes, the Baptist preacher didn't think it necessary to include the phrase. It was added in the 1950s when efforts were underway to distinguish godly America from the godless Communists.

While all of this is true, the charge made against the Democrats is not true (except, as I understand it, in two caucuses). Nevertheless, I'm certain that the Trump-led convention will try to make this election about saving God (and guns). The charge is that Democrats are godless, even though Joe Biden is a Roman Catholic who talks about his faith all the time. As for Kamala Harris, well she is a Baptist who grew up with the Hinduism of her mother. You might remember Pete Buttigieg, who during his primary run made much of his faith.

The fact is, God is neither a Republican nor a Democrat, but God does care about justice. Let us not forget the message of the prophets, including Micah, who made this clear. But regarding this current conversation, perhaps we should consider the command of God not to take the name of God in vain (Exodus 20:7). consider this word from Walter Brueggemann, who is known for writing strong words about God and justice.

The Third Commandment is"Do not take the name of the Lord in vain" (Exod. 20:7). The commandment is not a prohibition against bad language. it is a warning that the name and presence of YHWH cannot be preempted to serve as a legitimating support for pet projects---not war, not stewardship, not church programs--- because the Holy God stands apart from and over against our best enterprises. [Truth & Hope, p. 79]

It is a good thing if people root their public actions in their faith. I believe strongly that faith belongs in the public square, but not as a tool to achieve power. That is, it is not a good thing if people try to use God as a political pawn. So, Mr. President, please lay off the God-card. Remember, that Jesus said, "By this everyone will know that you are my disciples, if you have love for one another.” (Jn 13:35). That is the key, not including God's name in the pledge of allegiance.

If you want my opinion on this subject, as a Christian pastor who happens to be a Democrat, well, I've written a book about the Lord's Prayer, in which I suggest that this prayer is really our pledge of allegiance to the realm of God. So, if you really want to speak of God, try that prayer first!  Oh, and the title of the book is Ultimate Allegiance. I do recommend it highly!
Email Post
Labels: Democrats and Republicans God and Politics God's Realm Political Conventions Political Factionalism Ten Commandments Ultimate Allegiance Walter Brueggemann