Does a God of Love Ever Get Angry? A Progressive Christian Reflection 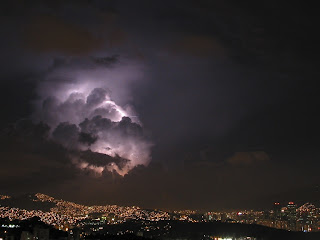 Tony Jones has issued a challenge to Progressive Christian bloggers.  He believes that progressives have a problem with God talk, and he might be right.  In our desire to be of earthly good, we may find it difficult to talk about that which is heavenly, at least not without "a lot of throat clearing."  So, he’s challenged us to take up this topic without discussing Jesus, the Bible, etc.  Just a conversation about God.   I have decided to take up the challenge, though to do so without reference to Scripture or Jesus is difficult.

In taking up Tony’s challenge, I decided to use it to begin a conversation about another topic that Progressives find difficult to discuss – the wrath or anger of God.   If, as most of us who claim the Progressive mantle are apt to conclude, God is love, then how can a God who is love become angry?  Haven’t we dispensed with the idea of wrath?  Indeed, don’t we recoil at the thought that anyone might find themselves in the “hands of an angry God?”

I don’t talk much about divine wrath.  I’d much rather talk about love, but this idea of the importance of anger has emerged as a result of conversations that took place at the PICO National Training concerning the necessity of anger or grief to the process of community organizing.  Many of us were uncomfortable with this thought, because we’ve been taught that anger is bad, so how can we act on the basis of anger?  That raises a further question – and that has to do with what motivates God.  Does God get angry at injustice or does God simply act on the basis of love or compassion?  Now, to be clear, I’m not proposing that God is capricious and easily riled up so as to get out of control.  But, if God is love, is God capable of wrath?
Perhaps our first stop is to recognize that traditional Christian theology, taking its cues from Greek philosophy, embraced the ideas of immutability (God does not change) and impassibility (God is without passion/can’t be moved).  Although Christian theologians have spoken of God’s love and God’s wrath, these concepts make the idea of being in relationship with God problematic.  If God is passionless, then surely God can’t get angry, nor can God be moved to love.  Thus, God is incapable, it would seem to me, to respond in any meaningful way to the human condition.

I don’t have room here to go into the details of these issues, but as Progressives can we not abandon the idea of impassibility without letting go of God’s character?  My hope is that we can.   With this in mind, can we not then also affirm that God loves and becomes angry?

So, if we are willing to affirm that evil exists in the world, why should an impassible God care?  And even if God isn’t impassibile, if God is incapable of anger, how will God be moved by the presence of evil or injustice in the world?  Are there no consequences for that which is evil?

Most progressives believe that injustice is something God cannot abide, and it’s this sense that drives our engagement with the world.  Yes, there’s compassion, but is there not also a sense of anger involved?  Can we not say the same for God?  If we can’t then does that undermine our sense of passion?   Does our reticence to speak of divine judgment and divine wrath hinder our own work in the world?

Perhaps we need, yes, we must, restore to the conversation the importance of divine anger.  Of course, our discussion of wrath and anger is tempered by our confession of God’s love and mercy.

As I wrestled with this question I did a little exploration of my book shelves and turned to theologian Clark Williamson, whose theology is shaped both by Tillich and Process Theology.  He writes that “God’s love is against what is against love (Tillich); it is in radical opposition to evil and radically for reconciliation.  God’s wrath is the “strange work” (opus alienum) of God, whereas God’s love is God’s “proper work” (opus proprium).”  Wrath may seem to alien to the nature of God, but perhaps it is a necessary aspect of the way God works in the world.  Williamson goes on to write that “God’s wrath or anger is not aimed at the destruction of sinners but their transformation and redemption.”  [Way of Blessing, Way of Life, p. 129].

Wrath is the strange work of God.  It’s not the primary way in which God relates to humanity, but it is an expression, it would seem, of God’s determination to counter that which is evil, so that love might thrive. In other words, God is moved by what God sees and hears, and God takes action as a result.

We may prefer talking about love and we might be uncomfortable with the idea of God’s wrath, but can we truly understand the love and grace of God without also recognizing that anger or wrath are part of the equation?  It’s not that we are “sinners in the hands of an angry God” awaiting a hellish future,  but rather God’s anger burns against that which is unjust and therefore God is moved to change the equation.
Email Post
Labels: Anger Character of God Clark Williamson Divine Wrath God and Love Impassibility Judgment justice Love Nature of God Paul Tillich PICO progressive Christianity Theology Tony Jones

Elmer E. Ewing said…
Interesting coincidence that your post on love and anger, which I found very helpful, appeared on the same day that I posted my much shorter piece on the same topic.
Elmer Ewing
http://lectionarymeditations.blogspot.com
4:30 PM

John said…
I cannot let go of the belief that the claim of divine wrath is nothing more than an anthropomorphism, or the belief that this notion emanates from an inability to accept that while God may not be capricious, nature and human interactions are. And when tragedy occur, in our inability to come to terms with the randomness of nature, we seek the explanation if not the justification in the notion of a wrathful God.

God could experience wrath, and God hopefully experiences passion, but neither is obligatory to the creative or redemptive expression of God. Often in our lives something will go wrong, even terribly wrong, and we will react constructively to address the issue without erupting in rage; we just adapt and respond. Does God? Who knows?

What we do know of the character of God we can infer from the universe God created. It is perfectly flexible and perfectly adaptable and consistent with these capacities, catastrophe and tragedy always progress into a new and different future. Such events do not give way to chaos, merely to transition and adaptation.

I suspect - no, I firmly believe - that the same truth applies to God, regardless of the human yearning for explanation and justification.

Turning to Scripture, I think that one of the most important aspects of the wisdom of Job is his certainty that the tragedies of this world can not be attributed to God's wrathful retribution. Whatever the contours of God's justice, neither chaos nor caprice have anything to do with it.
8:49 AM