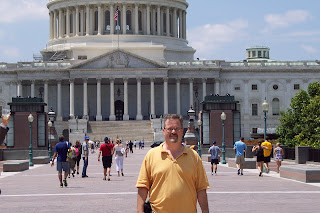 We Americans have for a very long time imagined ourselves being a rather unique and special people.  This view served as the basis of the doctrine of Manifest Destiny and American Exceptionalism.  Manifest Destiny drove the nation’s expansion across the continent and beyond, fueling the imperialism that took hold after the “frontier” was conquered and the indigenous peoples displaced.  We have envisioned ourselves as a chosen people, a new Israel.  But why? And what are the implications?

In considering this question, the words of Greg Garrett serve as a clarion call to think carefully about this issue.

When the two are combined, religion and state are no longer purely one or the other. American civil religion is a Constantinian faith— which, in theological terms, means that it represents a wedding of Christian religion and personal and political self-interest. To think of oneself and one’s nation as chosen is to think that one’s purposes and God’s are aligned, and honestly, who doesn’t like thinking of themselves as exceptional? Or wish to be considered exceptional by others?  [Greg Garrett,  Faithful Citizenship: Christianity and Politics for the 21st Century

As somebody who believes that it’s important to engage the public square and that my faith should inform that engagement, Garrett’s words are a fair warning.  When we sing God Bless America, do we believe that we stand above the nations as the “apple of God’s eye?”  Do we somehow think we’re infallible or that we stand above the rules that govern other nations?  And how does my faith connect with the political realm?  Is there a danger that I might be co-opted by one party or another?  We have seen that at least one political party has found a way of co-opting a significant segment of the Christian population and the other party would love to find a way to co-opt the rest of us.  As a member of the latter party, I am quite aware of this possibility.  I’m a member of this party and support its candidates because for the most part I see it being more responsive to the greatest number of concerns that I have.  But, I also recognize that this party as with any political party is a human entity and its vision doesn’t always correspond with God’s vision.

Garrett speaks to the question of whether America was, is, or can be a Christian nation:  “A nation cannot be Christian. Its aims are different from those of the Church, its goals may or may not be aligned with God’s, and its survival is an ultimate value for itself, not the seeking of the Kingdom of God. [Garrett, Faithful Citizenship,  (Kindle Locations 1902-1904).]

If America is not and cannot be a Christian nation, because its goals aren’t always in line with God’s how do we live faithfully and still participate in the political realm?  How do we make our values, such as “love your neighbor,” felt in the public square without confusing the nation’s vision with the vision of God?

John said…
It is ironic that those who proclaim most loudly that America is a Christian nation and who are most enamoured with the myth of American exceptionalism, are those who are most stridently opposed to any efforts by the American government to respond to Jesus' call to serve the poor, the homeless, and the alien.
4:27 PM