I Have Seen the Lord! -- Lectionary Reflection for Easter Sunday 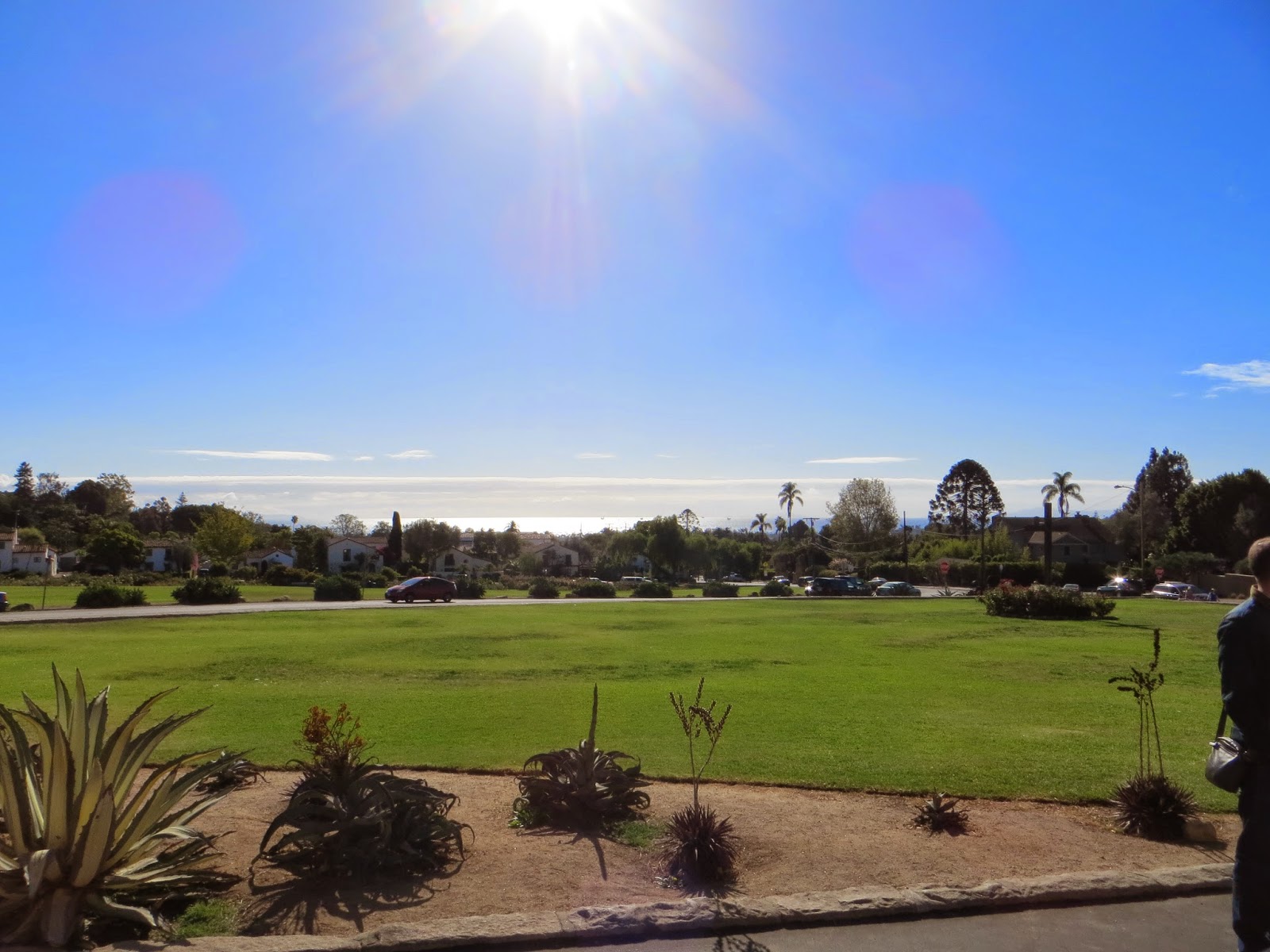 20 Early on the first day of the week, while it was still dark, Mary Magdalene came to the tomb and saw that the stone had been removed from the tomb. 2 So she ran and went to Simon Peter and the other disciple, the one whom Jesus loved, and said to them, “They have taken the Lord out of the tomb, and we do not know where they have laid him.” 3 Then Peter and the other disciple set out and went toward the tomb. 4 The two were running together, but the other disciple outran Peter and reached the tomb first. 5 He bent down to look in and saw the linen wrappings lying there, but he did not go in. 6 Then Simon Peter came, following him, and went into the tomb. He saw the linen wrappings lying there, 7 and the cloth that had been on Jesus’ head, not lying with the linen wrappings but rolled up in a place by itself. 8 Then the other disciple, who reached the tomb first, also went in, and he saw and believed; 9 for as yet they did not understand the scripture, that he must rise from the dead. 10 Then the disciples returned to their homes.

11 But Mary stood weeping outside the tomb. As she wept, she bent over to look into the tomb; 12 and she saw two angels in white, sitting where the body of Jesus had been lying, one at the head and the other at the feet. 13 They said to her, “Woman, why are you weeping?” She said to them, “They have taken away my Lord, and I do not know where they have laid him.” 14 When she had said this, she turned around and saw Jesus standing there, but she did not know that it was Jesus. 15 Jesus said to her, “Woman, why are you weeping? Whom are you looking for?” Supposing him to be the gardener, she said to him, “Sir, if you have carried him away, tell me where you have laid him, and I will take him away.” 16 Jesus said to her, “Mary!” She turned and said to him in Hebrew, “Rabbouni!” (which means Teacher).17 Jesus said to her, “Do not hold on to me, because I have not yet ascended to the Father. But go to my brothers and say to them, ‘I am ascending to my Father and your Father, to my God and your God.’” 18 Mary Magdalene went and announced to the disciples, “I have seen the Lord”; and she told them that he had said these things to her.

The long road to Easter has come to a close.  Jesus has been crucified, died, and was buried.  According to John, he was laid in a tomb belonging to Joseph of Arimathea, a disciple of some note in the community, who asked Pilate for the body (John 19:38-42).   There are, of course, numerous challenges to this part of the story.  Rarely if ever did one who was crucified by the Romans get a decent burial.  They were usually left to rot on their crosses and then thrown into a common grave – if that.  While this may be true -- that is not the way John tells the story of Easter.

The Empty Tomb itself is not a sign of resurrection.  As Mary Magdalene herself makes clear – someone could have stolen the body in the night.  In John’s telling of the story there are no guards placed at the tomb by either Pilate or the religious authorities.  It is the appearances that make the difference.  The point here is that death could hold Jesus.  Although modern minds struggle to make sense of this witness, for as Hume reminds us rarely do people three days in the grave get up and walk away, something happened to the lives of Jesus’ followers that transformed them and gave them a witness to share with the world.

The Gospels tell the Easter story in four ways.  There are similarities that cross the four gospels, but there are also significant differences.  We are wise, therefore, to let each of the gospels tell their own story and then seek to hear a word of God in that story.  As I read this story once again – having read it innumerable times over the years -- I was struck by two items.  First there is the contrast between the disciples and Mary Magdalene.  The two disciples, one of whom is Peter, come to the tomb to see for themselves what Mary had told them about the open tomb and the missing body.  What is interesting is that Peter and the unnamed disciple whom Jesus loved enter the tomb, look around, and then head home.  The unnamed disciple is said to have believed, but what did he believe?   Did he believe what Jesus had been saying about resurrection – now did it make sense?  If so then, why just return home.  In contrast, Mary, who seems to have caught up with the two disciples who had raced ahead of her, stays behind at the tomb and begins weeping.  There is grief expressed by Mary, but the two disciples just walk away, perhaps giving up their dreams and moving on.  If you were in their shoes, where would you be?  Would you head home or stay behind and at the very least grieve your loss?

The other element of the story that intrigues me is the conversation Jesus has with Mary about the ascension.  Liturgical tradition, based on the Synoptics and the Book of Acts, distinguishes between resurrection and ascension – the latter happening about forty days later, during which time Jesus appears to the disciples on several occasions.  Only then does Jesus bid a final farewell, after commissioning the disciples to carry the gospel to the ends of the earth (Acts 1:8).

In John’s telling of the story, after Mary receives a message from the angels sitting in the tomb, she encounters Jesus, standing beside her.  Both the angels and the man who appears beside her, ask why she’s weeping.  And Mary tells the man, whom she doesn’t recognize, that her Lord had been laid in the tomb but now he’s missing.  Assuming the man is the gardener, she asks if he knows where the body has been taken.  It’s clear that Mary doesn’t see the Empty Tomb as a sign of resurrection.  It’s at this point that Jesus calls her by name, and then, and only then, does she recognize him – leading her to cry out “Rabbouni!”

As you would guess, the confused by joyful Mary, wants to grab hold of Jesus.  She wants to make sure she’s not hallucinating.  She wants to make sure this is real.  But Jesus tells her not to touch him, because he has not yet ascended to the Father.   I am reminded here of Jesus’ statement in John 16 that while had to leave, the disciples would again see him.   Could it be that in John’s mind, Jesus must first ascend to the Father before he can be seen and experienced most fully by the disciples?  While Mary gets a preview, she and the others must wait until the ascension is complete before fully experiencing his presence.  Remember that in the scenes following Jesus allows Thomas to touch his wounds and he shares a meal with them.  It appears that Jesus can come and go as he pleases, but first he must ascend.  Thus, resurrection and ascension are held together as one piece.

Perhaps this connection of resurrection with ascension separates this story from the story of Lazarus – for Lazarus is raised back to life, but he will die before experiencing the full fruit of resurrection.  In this situation, Jesus is not only raised to life from the grave, he goes to be with the Father.  Death no longer has a hold on him, for he has been glorified.  As Cameron Murchison notes, the ascension extends the promise of resurrection by “asserting that the new life manifest in resurrection is enduringly located in the heart of God.”  That is, “it is new life that abides in God, and thus abides forever” [Feasting on the Word: Year A, Vol. 2: Lent Through Eastertide


This is the message that Jesus wants Mary to deliver to the disciples -- their job isn’t over.  Death didn’t win.  Life triumphs over death, but the life of resurrection and ascension differ from the life lived before death.  Yes, resurrection requires ascension – for we do not merely live on after death – we live on in relationship with the living God, Jesus having paved the way for us.

With that Mary returns to the disciples and tells them -- "I have seen the Lord!"  May we also see the Lord!
Email Post
Labels: Ascension Easter faith Gospel of John Jesus and Mary Magdalene Lectionary Resurrection