Sharing in the Passover Seder -- a Jewish one! 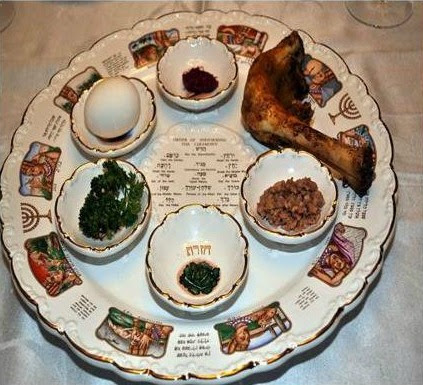 There has been much conversation on the blogosphere concerning the appropriateness of hosting a Christian Seder.  Tony Jones is among those who have commented on this -- providing reasons why it's not appropriate.  In part it's not appropriate because it is seeking to expropriate the worship/community experience of another faith community and make it your own.

While some of the reasons Tony gives concerns the fact that the Seder service practiced today developed long after the first century are helpful, the most important reasons is his fifth:

5) How would you feel if a rabbi or imam performed a mock baptism? That’d be pretty weird, right? That’s pretty much how it is when Christians take a practice that is central to Judaism and attempt to recreate it with Christian meaning. Virtually every Jew I’ve ever asked about this finds the practice offensive.

I  had a great time last night sharing in the Second Night Passover meal at Congregation Shir Tikva here in Troy, Michigan. Our invitation had been facilitated by the Troy-area Interfaith Group, which I serve as Convener.  It was appropriate that we gathered for this meal last night in light of the horrific and hateful attack on the Jewish Community Center and Assisted Living facility in Overland Park this past weekend.  We remembered those who died at the beginning of the meal.

But here's the point.  No matter how prepared you are -- even if you use the official Haggadah (the script for the meal) and prepare all the pieces of the meal appropriately, it's still not the same.  In essence, what we do in such cases is engage in a bit of play acting.  And more unfortunately, in many cases what church groups do is Christianize the Seder, affirming the Christian superiority over Judaism.  The Seder becomes a sign that Jews just didn't get it, but we Christians do get it.

So, here's my advice -- dispense with the Christian Seder and see if you can't get an invite to a true Jewish Seder -- either in a Jewish home or at a synagogue.  Having a real Rabbi lead it will allow you to get a real sense of the meaning of the event, and see why it is important to the identity of the Jewish Community life. This was my second experience of a true Jewish Seder, and I was blessed by it!  In fact, the seder was a joyous experience of worship, conversation, and food!