What Matters Most: Provision - A Stewardship Sermon 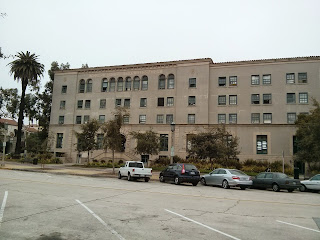 When Jesus told the man to sell everything and give the proceeds to the poor, the man walked away because he had too many possessions. He wanted to enjoy the presence of God, but apparently his possessions stood in the way (Mark 10:17-31). Like many of us, he was a hoarder who found it difficult to walk by faith.

This morning we have heard part of the story of the prophet Elijah, who had gotten himself into trouble with the king of Israel. Even if you’re a messenger of God, getting in trouble with a king is dangerous. Elijah got in trouble because he told King Ahab and his wife Jezebel that since the king had set up altars to the Phoenician storm god Baal, God was going to stop the rain from falling. When a drought fell upon the land, Elijah had to leave. What is interesting and maybe even ironic, is that Elijah headed toward the Phoenician city of Sidon. Here was a prophet of Yahweh seeking refuge in the land of Baal.

When Elijah entered the village of Zarephath, in the region of Sidon, he met a widow gathering sticks. Since he was thirsty, he asked her to give him a cup of water. Whenever a stranger asks for a cup of water in the Bible, you know that something important is about to happen. In fact, many important conversations start with someone asking for a cup of water. So, be prepared!

What happens next is rooted in the belief that showing hospitality to a stranger was a sacred obligation. Because you never knew if the person asking for help was a god or an angel, it was a good idea to show hospitality to the stranger. Remember the story of three travelers who visit Abraham and Sarah. Abraham goes out to meet the travelers and invites them to stop and have a meal and rest. They do. What Abraham and Sarah didn’t know at first, was that these three travelers were angels of God. These divine messengers bring Abraham and Sarah word that she is going to bear a child as promised in the covenant that God made with them (Genesis 18:1-15).

In this story after Elijah asks the widow to get him a cup of water, he then asks her to give him something to eat. This request put her in a difficult situation, because her culture told her that offering hospitality to strangers was a sacred obligation, but she also knew that her cupboard was getting bare. In fact, all that she has left to her name is enough oil and flour to make one last meal for her son and for herself. This would be their last meal before they would die of starvation. And here was Elijah asking her to share this meal with him.

I don’t know how you picture Elijah, but I picture him as a somewhat crusty old man. He’s a follower of God, but he lacks etiquette. He’s more like John the Baptist than Jesus. So I can picture him being a bit demanding. In fact, he seems, at least at  first, to be more concerned about his own needs than hers. That would reflect the culture of the day, which valued men above women and children. Fortunately, there’s more to this story.

Remember he’s a prophet of God and he comes bearing good news. He tells her not to be afraid, because God will provide. The words “do not be afraid,” or something like them, regularly appear in Scripture. Usually it’s an angel or a divine messenger bringing these words. Jesus says something like this on occasion. So do prophets like Elijah. Do you ever wonder why this is? Do you wonder why people are afraid of divine messengers and prophets? Could it be that they weren’t accustomed to such visits? It’s like when you get called to the principle’s office or the boss’s office. It’s so out of the ordinary, that the news has to be bad. But sometimes the news is good!

I’ve probably told this story before, but I think it is a good illustration of how God can provide. Many years ago, I left my home in Oregon and headed to Southern California. I wasn’t fleeing the governor or drought; I was heading off to seminary. I hadn’t been accepted yet at Fuller, but surely that wouldn’t be a problem. So I headed out in my less than reliable Ford Maverick, with just five hundred dollars to my name. It was early October when I headed out, and the plan was to start seminary in January. I would need to find a place to stay and a job to sustain me. By the time I arrived at the Pasadena YMCA at ten o’clock that Friday evening, and paid my first month’s rent, I had less than $90 in my pocket. I didn’t have enough money to get home and I didn’t have much time to get a job. But within two weeks I had a job at a local Christian bookstore. It paid enough to pay the rent, put gas in my car, and allow for one meal a day. What I took from this experience was that God does provide. In many ways the people at the store became my sustenance. Peggy would invite me over for a meal and an opportunity to wash my clothes. Tom gave me a gift of $200 to pay off some bills. Others did the same. I survived. I thrived. I lost weight!  By January I was in school, had a new place to live on campus, and life was good.

I have other stories, but this one has continued to speak to me over the years. It’s not that I don’t get anxious at times, but when I do, this story comes to mind and I hear these words coming from God: “Do not be afraid.”

When we enter the season of stewardship each year, we get asked to consider our giving patterns. This includes our time and our spiritual gifts, but it also includes financial commitments. The issue isn’t the amount, for some can give more than others. No, the question is our level of trust in God. Our giving is an expression of faith. It is an act of worship. Each of us will express this in different ways.  But as we give, fear loses its grip on us.

When Elijah asked the widow to share her last meal with him, she had no reason to trust him. He was a stranger. He worshiped a different God. She had her son to consider. But she went out and did as Elijah asked, and the jar of meal and the jug of oil continued to be refilled until the day that the rain again began to fall. That’s what it means to live by faith.

But there’s more to this story and others like it. Our vision of the world has been formed by the myth of scarcity. We are continually told that there are limited resources. We’re told there’s not enough to go around. Therefore, we need to protect what we have. When asked about raising the minimum wage, a presidential candidate replied that if we do that then jobs will move offshore. Workers should be happy with what they have and not ask for more.

But is it really a problem of resources? Or, is the question one of sharing?  Could it be that there really is an abundance, but we can’t see it because our vision is to narrow and our hearts are too small?

Our world offers us the myth of scarcity, but the Bible offers a theology of abundance. The rain may cease to fall, but someday it will again begin to rain. God provides manna and quail in the wilderness so the journey continues. God feeds the 5000 with somebody’s lunch, and no one goes away hungry. How is that? Could it be that God provides?

This season of stewardship offers us the opportunity to stop and consider God’s faithfulness. The widow offers us one example of a person willing to open her heart and trust God’s invitation to share her gifts with others. In letting go of a portion of our resources we bear witness to God’s abundance. We do this as individuals and as families, but we also do this as a congregation. As a congregation we have been blessed with resources, so that we might be a blessing to neighbors near and far.   In response to God’s gift of abundance, we invite you to prayerfully consider making a commitment to the ministry of this congregation and bring with you next Sunday your commitment card so that we might give thanks to the God who provides!