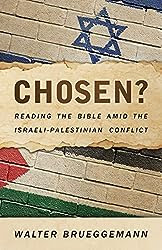 For the entirety of my life, there has been conflict in the lands called Israel and Palestine. The partition of 1948 took place a decade before my birth, while the 1967 War that led to Israel’s occupation of the remainder of Palestine occurred nearly a decade after my birth. Since 1967 conflict has been ongoing and Israel has tightened its grip on those lands that are supposed to be set aside for Palestinians. This reality has been a challenge for the parties involved and for those, including Christians, living outside the region.  Many Christians find themselves conflicted because of this situation.  After generations of deep-rooted anti-Semitism and anti-Judaism being present in our theologies and practices, while living in the shadow of the Holocaust, many Christians have thrown their support behind the Jewish desire for a homeland. At the same time many of us have felt uncomfortable with the way this has impacted the Palestinian people, whether Muslim, Druze, or Christian.

The Palestinian people had lived for centuries in the Land. Many were Christians. Jews had also been in the land, but not in huge numbers. But after World War I the British and the French took possession of the lands that had formed much of the old Ottoman Empire, and the British decided to make Palestine a home for the Jews. After the Holocaust, Jews began to pour into the land. As time has passed they developed a powerful army, and received strong support from allies like the United States. There have been negotiations over the years, no solution has emerged.


The conversation is complicated by the way in which the Bible is read and applied to the situation. Many in Israel, along with many of its supporters, including Christians, have equated the modern state of Israel with ancient Israel. The covenant promises found in the Hebrew Bible have been applied to the contemporary nation, which for the most part has been fairly secular. As Walter Brueggemann helpfully points out in this slim volume, this is understandable, but one should not interpret the text in such a way as to imply a one-to-one linkage.  Because readings of the Bible complicate the situation at hand, we need to carefully interpret the texts that speak of Land and covenant. There are few better scholarly guides for this process than Walter Brueggemann, one of the most distinguished biblical scholars of our day. Brueggemann has demonstrated not only prowess as a scholarly, but his given evidence of a profound wisdom when it comes to bringing ancient texts into conversation with modern realities.

The book is brief.  It is composed of four chapters, followed by a Q & A section, a helpful glossary, and a study guide for a four-week study. Brueggemann writes that his own approach to the topic has been influenced by his biblical scholarship. He notes in the introduction that he starts with the premise that Israel has been chosen by God. He notes that it is not only a biblical concept, but it fits theologically the modern situation, for Jews living after the Holocaust/Shoa understand themselves to be a vulnerable people. Brueggemann has in the past, and continues in the present, to support the establishment of the state of Israel. That said, facts on the ground require a more balanced reading than unconditional support for Israel. He points out that Israel will not be inclined to show restraint in its dealings with the Palestinians as long as the United States offers Israel its unconditional support. Such support, Brueggemann believes, is not good for either Israel or the Palestinians. A change in perspective will require Christians living in places like the United States to stand up for the human rights of the Palestinian people without abandoning its support for the Jewish people.

Brueggemann begins with a discussion of how we should read the bible in the context of the current Israeli-Palestinian conflict. By doing so, we can have a broader conversation about the way biblical interpretation intersects with contemporary concerns. It is often contemporary concerns that force us to ask new questions, and in this case it is a question of the status of the Land of Promise. As we work with these texts, we discover that there is more than one way of understanding the situation in ancient Israel. For instance, the Deuteronomic tradition affirms the premise that God gave the Land to Israel unconditionally. At the same time this tradition teaches that Israel’s ability to hold on to the Land is conditional. That is, possession is related to keeping Torah. At the same time there is the tradition of Ezra that assumes exclusive right to the Land, which means that the land should be purified of those outside the covenant. Brueggemann points out that Ezra is an exclusionist, but others including the writers of Jonah and Ruth offer a more welcoming vision. So, should we read the Bible in a welcoming manner or an exclusionist way? It can be read both ways.

In chapter two Brueggemann goes deeper into Israel’s to be the chosen people. As he explores this question he raises a couple of related questions. First of all, how should the church understand chosenness. There has been a strong tradition among Christians to see the church as the replacement of Israel as the chosen people of God.   There is the additional question of the status of the "unchosen." There is, as he notes the tradition that God called Israel out to be a blessing to the nations (the unchosen). Ultimately there is a need to move beyond chosenness.

If chapter two focuses on chosenness, chapter three takes a deeper look into the question of the meaning of the Land. He asks the question—in what way is the land holy? Once again he points out that there appear to be strings attached to the gift of the Land. We see this prominently displayed in Deuteronomy, which suggests that possession of the Land is linked with keeping Torah. He notes too that the Torah (first five books) end before the people enter the Land, thus Torah goes before Land. In exploring this conditionality, Brueggemann again asks the question of whether modern Israel is the same as ancient Israel. That is, does modern Israel root its own identity in keeping Torah? He concludes, based on the facts on the ground, that modern Israel is a typical nation-state that makes its case on the basis not of Torah but sovereignty and security. These do not reflect the premises of ancient Israel.  He writes that the "appeal to the biblical promise must simply be set alongside very old claims made by the Palestinians" (p. 38). They too have a claim to the land. They have their own traditions and visions. So how do we decide?

The final chapter focuses on the concept of Zionism, both its Jewish and Christian forms. The two reinforce each other but have different kinds of concerns. Modern Zionism emerged in the nineteenth century among European Jews who were stirred by the development of nation-states to seek one of their own. Zionism itself back to the city of Jerusalem, a city that David captured to serve as his capital. Zionism thus has appeal to the person of David and his role in the life of Israel (and the church). Christians have often appealed to the image of Zion to describe its own status as the new Israel, but Brueggemann strongly insists that we abandon this supersessionist vision.  As for the Jewish version, modern Zionism started small, with little hope of success beyond facilitating moves into the region. What gave Zionists hope for a bigger future was the demise of the Ottoman Empire after World War I. The British and the French took control of the region and began nations that fit with their imperial designs. The British gained control of Palestine and moved toward providing a homeland for Jews in that region, without consulting those living in the land. This facilitated increased movement into the region, which turned into a flood after the end of World War II. Western powers understandably were moved by the Holocaust to provide a home for the Jewish people, which was finalized in 1948 by the United Nations. Could this new nation be a continuation of the promises made by God centuries before? Many Jews believed this to be true. Many Christians did so as well, especially those influenced by Millennialist visions. After all, their reading of prophetic texts led them to conclude that a restored Israel would provide the opening for the return of Christ. The problem with all of this is that the cause has become and ideology that has made the Land a non-negotiable issue. There is little impetus for finding a lasting solution, beyond exclusion.

For those willing to ask difficult questions, Brueggemann provides a helpful foundation for having a difficult conversation that has both theological and political implications. He helps us wrestle with hermeneutical questions. He asks us to look at the Israeli-Palestinian conflict from a broader vantage point, but he asks the same of our interpretation of Scripture. Brueggemann remains committed to the existence of the state of Israel. That hasn’t changed. But he is much more concerned about the status of Palestinians living under often brutal occupation. Their story needs to be heard as well. Christians living in America need to listen to the entire story and pursue justice for all, not just some.  It should be noted that Brueggemann does not believe that a two-state solution is possible. He’s not sure what the solution should be, but he doesn’t believe that the Land can be equitably divided into two states. There is too much overlap in territory and claims. In the end, however, there is not one solution yet available that will resolve the situation. For that we must wait. In the meantime, we who are Christians can do the difficult work of reading text and context in new ways.


This is, I think an important starting point for having this important conversation. The study guide at the end can help facilitate this. Finally, to my Christian friends, let me say this:  you must read this book sooner than later so that we can be part of the eventual solution and not part of the problem!!
Email Post
Labels: biblical interpretation Books Chosenness Holocaust Holy Land Israel Israel-Palestinian Conflict Palestine Reviews Walter Brueggemann Zionism