What Kind of King Are You? - Lectionary Reflection for Reign of Christ Sunday 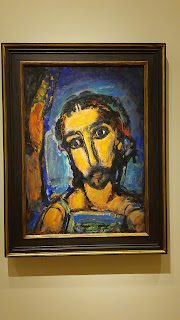 33 Then Pilate entered the headquarters again, summoned Jesus, and asked him, “Are you the King of the Jews?” 34 Jesus answered, “Do you ask this on your own, or did others tell you about me?” 35 Pilate replied, “I am not a Jew, am I? Your own nation and the chief priests have handed you over to me. What have you done?” 36 Jesus answered, “My kingdom is not from this world. If my kingdom were from this world, my followers would be fighting to keep me from being handed over to the Jews. But as it is, my kingdom is not from here.” 37 Pilate asked him, “So you are a king?” Jesus answered, “You say that I am a king. For this I was born, and for this I came into the world, to testify to the truth. Everyone who belongs to the truth listens to my voice.”

It has been said that despite its faults, democracy is the best governmental system available. It’s not always efficient, but it allows the populace to get involved. Occasionally we will see attempts to update our theological language and cast Jesus and God in the modern clothes of democracy. Thus, we get Jesus the President rather than Jesus the King. The only problem with Jesus the President is that we didn’t get to elect him to the position. Rather God elects Jesus to reign. As this is Christ the King Sunday (Reign of Christ), we are invited to ponder what it means for Christ to be king (not president).  The Gospel reading comes from John. While this is the last Sunday of the Church Year (next week we start all over with the first Sunday of Advent), the Gospel reading takes us to Good Friday. Jesus has been arrested and he is being questioned by the Roman governor Pontius Pilate. Pilate represents the reigning power—the emperor of Rome, Tiberius. Now there are kings of sort in the empire, people like Herod Antipas, but they derive their power from Rome. In other words, they’re really Roman governors with a fancier title. Pilate is of the understanding that Jesus has been claiming the title of king, and has been doing so without the permission of Rome. So Pilate wants to know: what kind of king are you?

The problem as Pilate sees it is that if someone claims to be a king without gaining permission from the imperial court they could be a threat to Rome’s power. As governor it is his responsibility to make sure the populace remains under control. Pretenders to an ancient throne can be a problem. A restive populace could gather around them and revolt. If that happened Pilate would have to unleash his troops, and it would likely lead to his removal from office. But if Jesus has no following, then he can easily dispense with him and move on. With this in mind Pilate begins questioning Jesus. Indeed, Pilate may see all of this as an annoyance—just another pretender with no real following, and obviously no military capability.

Pilate asks Jesus: “Are you the king of the Jews?” The question leads to a conversation that Pilate isn’t prepared for. It’s a theological conversation rather than a geopolitical one. Though it’s important to note that theology and politics generally ran hand in hand. After all, the Emperor was understood to be divine in some form. If Jesus is son of God, well so is Caesar.

Jesus doesn’t come outright and admit to being the king of the Jews, but he does accept the premise that he is a representative of the heavenly kingdom.  He tells Pilate that if he must know, Jesus is a king, but his “kingdom doesn’t originate from this world.”  Too often Christians have read these words in such a way as to devalue earthly experience.  There is a tendency among some Christians to think of the faith in terms of escaping this world for the next.  Therefore, Jesus would be talking about heaven and not earth.  But is that what Jesus has in mind here?

John doesn’t provide us with a version of the Lord’s Prayer, but if we take a look at the prayer than many of us recite each week, we pray “Thy kingdom come, thy will be done on earth as it is in heaven.” It is not that Jesus has a heavenly kingdom that is of no earthly value, but that whatever the heavenly kingdom is, it has an earthly component.

Jūrgen Moltmann writes of Jesus’ statement about the kingdom not being of this world, suggesting that Jesus speaks of origin not location.  According to Moltmann, Jesus is saying:

It comes from God.  If it didn’t come from God it couldn’t heal the sick of this world.  But in and through Jesus it is in the midst of the world, and when Jesus said these words the Kingdom of God in person was standing in front of Rome’s imperial governor, Pontius Pilate.  [Moltmann, Jesus Christ for Today, p. 20].

Moltmann goes on to say that while this kingdom has both invisible and visible dimensions, it is “as earthly as Jesus himself was.”  It is revealed through and implanted through the cross and the resurrection, and the resulting message is that “the earth is worth it.”  This is not a vision of escape, but being by present in and through the world, Christ works to redeem and transform it.  As king, Jesus says, his purpose is to bear witness to the truth.  Pilate might want to debate the notion of truth, but Jesus reveals it in his being, for truth is the realm of God revealed in his life here on earth as well as in heaven.

What then is our response to Jesus’ claim to rule?  What difference does it make?  What claim is made on our allegiance?  Pilate is concerned about whether Jesus is a threat to Rome. He has no problem with Jesus claiming to be king if he will agree to put his flag under that of Rome, even as many churches appear to do when they fly the American flag high over their buildings, so that all will know that even they claim to follow Jesus they pledge their allegiance to the flag and its republic. When church and state merge such that the church reflects the values of the state, values such as militarism and “love it or leave it” patriotism, when the Bible become an icon of the state, used by the state as the guarantee of oaths, then there’s no problem.

The problem of Pilate is that Jesus is claiming to be a king without permission from Rome, and that he is claiming to have been born for this purpose (remember that we will be moving quickly into the story of birth). He incarnates the realm of God in a way that Pilate cannot understand, for his vision is clouded by the idea that might makes right. It is a vision that those who claim to be super powers often indulge in. But Jesus offers an alternative vision. And those who belong to the truth will listen to his voice. When all is said and done, they will give their ultimate allegiance to the realm of God— “on earth as it is in heaven.” With this affirmation we bring the church year to a conclusion. The circle is complete. Christ reigns. Hallelujah!
Email Post
Labels: Christ the King Gospel of John Imperial Rome Jurgen Moltmann Kingdom of God Lectionary Reflection Reign of Christ Ultimate Allegiance