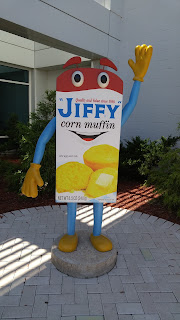 Paris, Charleston, San Bernardino, Istanbul, Baghdad, Dhaka, Orlando, Dallas, Nice. I could go on naming cities that have witnessed violence. Each time we've called for prayers. Indeed, I've prayed for peace and justice. I've prayed that violence would cease. I've prayed that bridges not walls would be built. It's clear that prayer is not enough. We may have to put our faith into action. We may need to get out there and change the world.

While it's important, where possible, to engage in political life, it requires a lot more than that. It will take recognizing that the sacredness of other lives. It will require that we cease demonizing and dehumanizing each other. I am susceptible to such things myself. If we engage in political banter it comes out. But let us remember that even if we despise the vision of a particular candidate for President, that person is a child of God created in the image of God. We may despise the ideology of ISIS, but the people caught up in that ideology are also created in the image of God.

I'm on vacation this week. I would rather my reflections for the week would be positive. But American politics, the ongoing issue of racism in America, the stories I'm reading about migration in Miguel De La Torre's book The U.S. Immigration Crisis (Cascade, 2016), and now as I write this the coup in Turkey, among other things keep popping into my imagination. Perhaps I could read something lighter than what I choose to read during vacation, but that is my choice to read heavier pieces. I just wish we had better news.

Still, I'm by nature an optimist. I believe that peace and justice will come. We just may have to work a little harder. We may have to do a better job of seeing God's presence in our neighbor.  That's something I'll be praying about so that my heart will be transformed toward the other.

And since this is vacation, I have to leave us with a lighter moment from my vacation and that would be my encounter with Cornelius J. Box of the Jiffy Mix company -- based in Chelsea, Michigan.
Email Post
Labels: Bridge-building Faith and Works Image of God Miguel De La Torre politics Prayer terrorism Violence