Democracy’s Darker Side - A Reflection 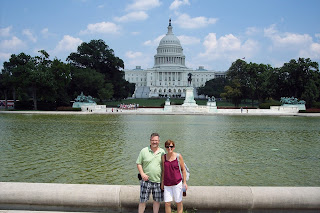 The following reflection appears in my book Faith in the Public Square, (Energion, 2012). This was written, as you can see, during the presidency of Barack Obama, but I think it speaks to what we're going through currently. I am, like many Americans, concerned about the current state of affairs. I don't think this is a partisan issue, it goes deeper than that. We are struggling to make sense of our national institutions. We are seeing the darker side of democracy, even as we hope for a better day.  I invite you to read and consider the message (and of course, I invite you to purchase a copy of the book, for it speaks to many of the concerns of the day.  (You can order from Amazon by clicking here).
***************

I believe in democracy because despite its messiness it’s the best political system yet devised. In theory, it empowers us to take control of our lives, but if it’s to work we must take responsibility for our lives and actions. Freedom and responsibility are the two sides of the democracy, and an effective democracy requires that these two be kept in balance. Or, as St. Paul said: “‘All things are lawful for me’, but not all things are beneficial” (1 Corinthians 6:12).

Democracy is the one system of government that offers citizens the opportunity to join in governance. Even if the process is confusing and at times inane, we get to choose our leaders. Often the political process seems to continue on without end, with one election cycle giving way to the next. Disenchantment with the two major political parties has led many Americans to describe themselves as Independents, though it’s unlikely that a third party candidate will become President anytime soon (the last time a new party emerged that had a chance at achieving that goal was the 1850s when the Republicans replaced the Whigs). These Independents live up to their moniker, making them difficult to classify. But, now that neither party controls a majority of votes in the nation’s elections, they have the opportunity to sway elections. All of this makes for a messy democratic process.

Despite the benefits of democracy, it can have a dark side. This dark side is rooted in the fact that we must we must entrust our lives – as the electorate – to the whims of our fellow citizens. We who vote are fallible women and men, and the people we choose to represent us are equally fallible. It’s interesting that despite the cries of the citizenry about a corrupt and unresponsive government, we tend to be pleased with those who represent us. It’s the other person’s choice who is the problem.

We see this dark side in the way we go about choosing a candidate. Effective democracy, especially in its purest forms, requires a diligent and informed electorate. Voters need to have the time, the education, and the inclination, to look into the issues, as well as the backgrounds, values and views of the candidates.

In real life, numerous factors influence our choices, some of which may be less than honorable. It could be the way a candidate speaks or looks. We may take into consideration a candidate’s gender, race, or age. Fear is a potent influence – and candidates and parties are very adept at manipulating them. Then there are the promises candidates make, promises that often pander to our prejudices or sense of entitlement. Too often we vote our own self-interest at the expense of our neighbors. That is, altruism often takes a back seat to me-first-ism. We may voice our support for the biblical premise that calls on us to love our neighbor as we love ourselves, but too often love of self comes before love of neighbor.

Propaganda is a dirty word when it comes to the political system, but propaganda can have a potent effect on our voting habits. Indeed, we have a propensity for being swayed by misinformation, which is why campaigns throw mud. Sometimes it’s subtle – maybe a commercial that makes use of half-truths or out of context statements. This misinformation can also be very explicit and be spread virally via email or blogs – with the source of the information an unknown. The most obvious example from recent years concerns the continued whispers that that suggests that Barack Obama is foreign born, and thus ineligible to be President, and that he is a Muslim, despite his own strong profession of Christian faith. As long as we allow ourselves to be influenced by such misinformation, it will continue to haunt us. The only way to stop such distortions is for us to do the necessary fact-checking. That, however, takes both time and education.

Talk of spreading democracy to the far corners of the globe seems like a good idea, but it’s important to remember that democracy has its dark side. And remember too that even with two-plus centuries of practice, Americans haven’t perfected the system. There may not be a better system of governance, but because democracy relies on people, and people according to my theology aren’t perfect, this system will never be perfect. The Founders of our nation understood this well, which is why they instituted checks and balances. Besides these checks and balances, we can find hope in grace. We have a chance to grow in our practice of democracy if we learn to extend to one another the grace that has been given to us.  (Faith in the Public Square, pp. 82-84).

R E Langford Jr said…
Revered colleague and exotic Fellow,
Ours is not a pure Democracy, but, as you hint, a limited representative Republic. As a Lutheran reader, I note immediately that your remarks are best seen under the caption, "simul justus et peccatur," meaning: saint and sinner at the same time. The Founders were well aware of our human propensity to sin, and so attempted to hinder that tendency by building in the separation of powers and the checks and balances which *can* prevent the worst and most grievous errors -- if we maintain those protections.
As I see it, that is the error to which modern voters succumb most easily. We hanker for a pure Democracy (mob rule) in which we (and our opinions and preferences) are unfettered and those who may choose another option are bound by stringent law.
Such fun! TY for the reflection post. It was a neat read.
“If Christ is risen – then nothing else matters. And if Christ is not risen – then nothing else matters.” REL Jr
10:53 AM