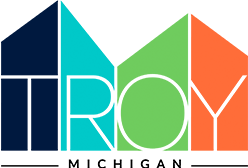 With so much chatter about how bad things are (check your Facebook newsfeed for an example), it can be challenging to write something positive. With writer's block setting in this morning, I opened my email and received word from the convener of the Troy-area Alliance Against Hate Crime that the city of Troy, the community in which I live and serve, designated itself a Welcoming City.

Here is the announcement from the city web page:

We are excited to announce that at the recommendation of the Global Troy Advisory Committee (GTAC), Troy has officially been designated a Welcoming City! This initiative through Welcoming America and Welcoming Michigan strives to create and promote more inclusive communities by building connections between domestic and foreign born residents. By joining this extensive network of cities across the country, Troy is not only promoting a message of inclusion, but gaining access to a network of resources designed to help the city continue to grow its tradition of acceptance and diversity.

This initiative was initially recommended to the City Council by the Global Troy Advisory Committee (GTAC), an advisory committee to the Council created in 2016 to represent the needs of Troy’s many different cultural communities. The Committee believes that becoming a Welcoming City is an important step for Troy in the continuing process of improving the City’s outreach to all citizens regardless of ethnic, cultural, or religious background and ensuring equitable access to community resources.

It's only appropriate that the city take this step, as we are the most ethnically diverse city in Michigan. This effort is part of a larger effort in the state and country to create a welcoming atmosphere for immigrant populations.

I was impressed by the Basic Principles of Welcoming Michigan, which I've reproduced below. I'm proud of my city, because it is taking a stand for what is right (and what is beneficial to city, state, and country).:

1. We believe the majority of U.S. residents are empathetic and compassionate people, and that this compassion is being clouded by the country's current immigration debate.
2. We believe most U.S. residents are hospitable, welcoming and inclusive of diversity and agree we have a shared responsibility to treat all our neighbors with respect and decency;
3. We are dedicated to advancing the basic principles upon which the United States was founded, establishing the equality and dignity of all people, including immigrants;
4. We recognize that immigrants are fellow human beings and reject the use of
dehumanizing language;
5. We are committed to raising the level of public discourse concerning immig-rants and immigration and;
6. We are committed to promoting understanding of the contributions that immigrants make to the U.S. and the effects of immigration on our communities, and to challenging common myths and stereotypes.
7. We believe that Welcoming campaigns are an ideal vehicle for changing the public discourse on immigrants and immigration in our communities.
Email Post
Labels: Immigration Troy Michigan Welcoming the Stranger