Living with Christ in the World 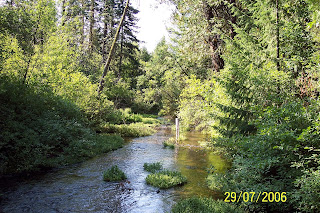 I am in the midst of a bible study series at church in which we are studying the Letters of John. Although 1 John does appear in the lectionary during Easter in Year B (and I've preached most of the texts), how often do we study these letters in any depth. There are wonderful passages in 1 John that declare that God is love and that we who love God should (must) love one another. These powerful statements about love, however, appear in a document that has strong dualistic tendencies. In fact, it is clear that one should not love the world. Instead, one should conquer the world.

Reading 1 John leads me to the current conversations prominent in Christian circles, many of which advocate some form of withdrawal from the world (Benedict Option, etc.). This leads me back to H. Richard Niebuhr's classic study Christ and Culture.  One of the categories in Niebuhr's book is the "Christ against Culture" paradigm. In his discussion of this paradigm, Niebuhr discusses 1 John. He notes why this view emerged, why it has a necessary witness, and why there are problems with it. Thus, with John, Niebuhr asks us to consider what the proper relationship with culture should be?
So Niebuhr writes:

The relationship of the authority of Jesus Christ to the authority of culture is such that every Christian must often feel himself claimed by the Lord to reject the world and its kingdoms with their pluralism and temporalism, their makeshift compromises of many interests, their hypnotic obsession by the love of life and the fear of death. The movement of withdrawal and renunciation is a necessary element in every Christian life, even though it be followed by an equally necessary movement of responsible engagement with cultural tasks. Where it is lacking, Christian faith quickly degenerates into a utilitarian device for the attainment of personal prosperity or public peace; and some imagined idol called by his name takes the place of Jesus Christ the Lord. What is necessary in the individual life is required also in the existence of the church. If Romans 13 is not balanced by 1 John, the church becomes an instrument of state, unable to point men to their transpolitical destiny and their suprapolitical loyalty; unable also to engage  in political tasks, save as one more group of power-hungry or security-seeking men. Given Jesus Christ with his authority, the radical answer is inevitable; not only when men are in despair about their civilization, but also when they are complacent, not only as they hope for a kingdom of God, but also as they shore up the crumbling walls of temporal societies for the sake of the men who might be buried under ruins.  [ Niebuhr, Christ and Culture, p. 68.]


This witness is essential, but there is a flip side to this vision. Niebuhr, of course, respects the Christ against Culture vision, but rejects it as incomplete. While we need this witness, the truth is that we live in the world. We are partakers of culture. He writes that "Christ claims no man purely as a natural being, but always as one who has become human in a culture; who is not only in culture, but into whom culture permeates (p. 69). I could go on, but hopefully the point is made. We live in the culture as followers of Jesus, that provides important challenges. 1 John offers us an important word, but it is likely not completely adequate to the task at hand.

Thus, my question to those who read this: What should our relationship to culture be?
1 John Christ and Culture Culture H. Richard Niebuhr Worldviews