Reflections on Disciples of Christ Theology - The Series 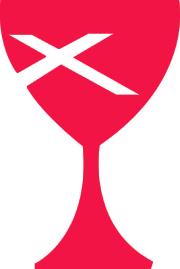 The Stone-Campbell Movement claims to be non-creedal. It is a tradition that prizes freedom, though not all would agree to the extent of this freedom. The Christian Church (Disciples of Christ), a denomination to which I belong and serve as an ordained minister, is one branch of a larger movement born on the American Frontier at the turn of the 19th century. It proclaimed God's desire for unity among Christians on a platform that called for a restoration of the ancient order of things. That is, a return to a New Testament order, that the founders believed could be discerned by Christians who were willing to let go of their creeds and practices that were not authorized in Scripture. We Disciples have largely moved away from strict restorationism, while still seeking to advocate for unity. While prizing this freedom to explore theology for ourselves, some of us are concerned about the level of our theological conversation. With that in mind I began work on a primer for theological discussion. This is my own work. It carries no official designation. No church leader has given their imprimatur as to its orthodoxy. But then it's not meant to be an official statement, but rather a foundation for a conversation. Below you will find links to each of the postings I've made over the past several months, beginning in September of 2017 and concluding with a vision of God's future on February 5, 2018.Someday all of this might end up in a book! In the meantime, just click on the links below, and join me in conversation!

Confessing Faith as Disciples of Christ

Christology and the Disciples

The Problem of Sin