Giving Thanks for Multi-Faith Friendships

I was talking with two dear friends the other evening after our annual Troy-area Interfaith Group Thanksgiving Celebration. I am a white Christian pastor. My two friends are immigrants, Amin is a Muslim man who grew up in Pakistan, while Padma is a Hindu woman who was born in India. I have worked closely with both over the past ten plus years in interfaith efforts, and in the course of this work, we have become close friends. Both Padma and Amin have been a blessing to me, and it took a move from California to Michigan for friendships like this to be forged. Therefore, as we approach Thanksgiving at a time when nativism and anti-immigrant sentiment are running high, I want to celebrate their presence in my life (and not just Padma and Amin, but the many people I’ve come to know over these past ten years in Michigan). This face of our nation, which some feel the need to resist, often in the name of Christianity, was recently pictured on the cover of Time Magazine.  The picture is an updating of the famed Norman Rockwell painting of Franklin Roosevelt’s “Freedom of Worship” emphasis (compare the two pictures to see how things have changed). The image on the cover is powerful, and a reminder of who we are as a nation, when at our best. 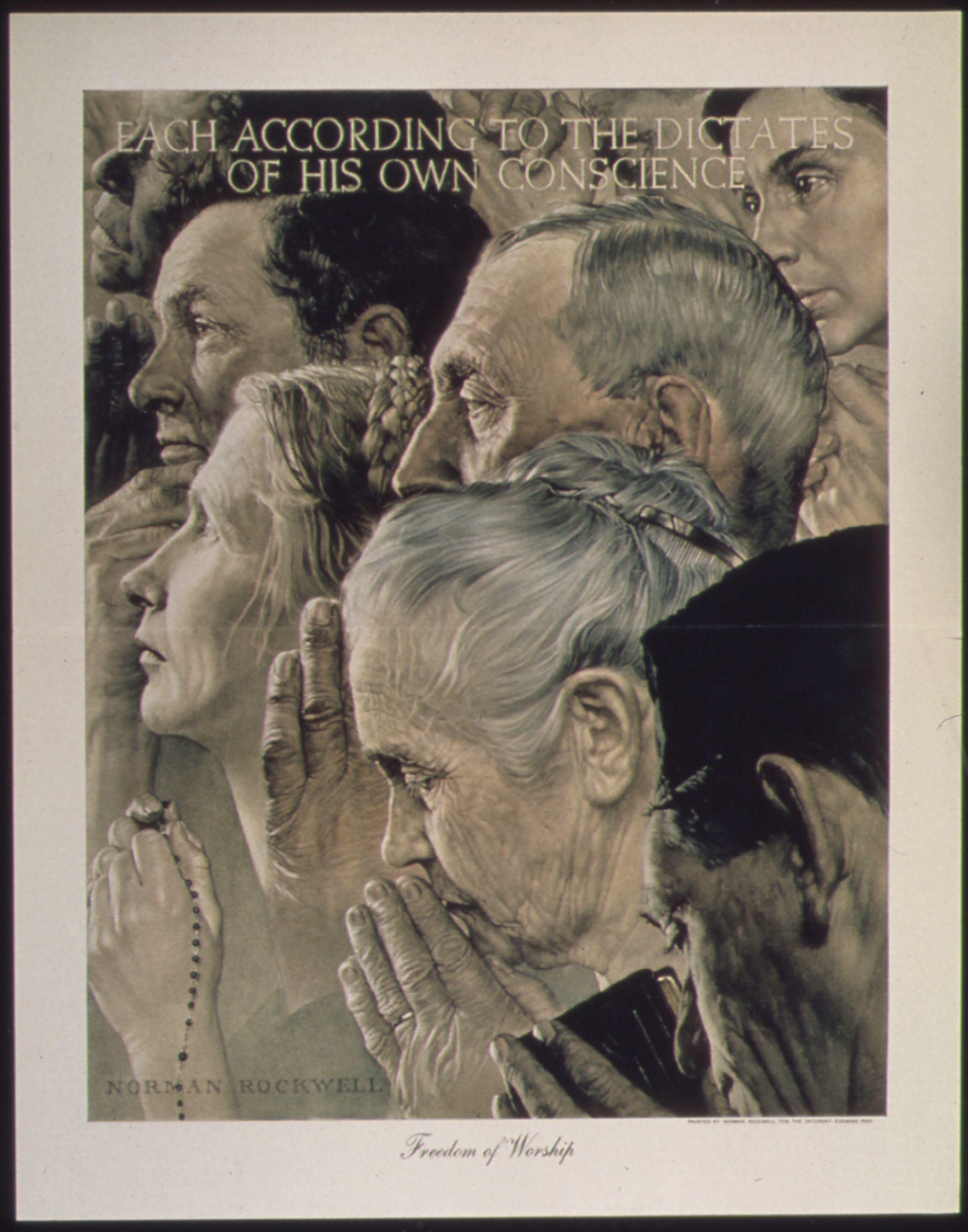 I wish I could say that I’ve had friendships like this my entire life, but it simply isn’t the case. Growing up in Oregon I experienced little religious diversity. We were Protestant, Catholic, and maybe Latter-Day Saint. I didn’t know any Jews, Muslims, Hindus, or Buddhists. I know that some in the community practiced Native American religions, but I didn’t encounter these practices in any substantial way. When I went to college in Eugene, there may have been religious diversity at the university across the street from where I studied, but it didn’t impact me in any real way. I remember walking by the Sri Chimnoy house and encountering a few Hare Krishna devotees, and of course there were the “Moonies” who had a small presence. Still, I didn’t have any real life-changing encounters with people of another faith tradition. It really wasn’t until I moved to Santa Barbara at the age of 40 that I first began to expand my horizons. In Santa Barbara, most of my interfaith relationships were with Jews, and I made some wonderful friendships with members of the Jewish community. These friendships included my friendship with Arthur, a rabbi with whom I was able to collaborate on a number of projects. Then, sometime before 9-11, I began to have a few contacts with the Muslim community. After 9-11 those contacts grew stronger. Then we moved here to Troy, and I got involved with the relatively new Troy Interfaith Group. Life has never been the same.

In our conversation the other evening, Amin made an important point. Our friendships haven’t undermined our devotion to our differing traditions. Instead, they have strengthened them. I’ve become stronger in my faith, as have they. There is no need to fear such encounters. Immigration may broaden the variety of religious practices in our country (along with broadening our ethnic and racial make-up), but that is not a bad thing. It is an enriching them. I realize that the opportunities I have had in recent years to build relationships across religious traditions isn’t available in the same way to everyone. I live in a community that is about a third immigrant-born, with a large Asian community. That affords me more access. But on this Thanksgiving Eve, I want to invite others to take advantage of every opportunity to build relationships across faith lines, like the ones with Amin, Padma, and Arthur, which have blessed my life. You will be blessed, as have I! And our nation will be better for it!